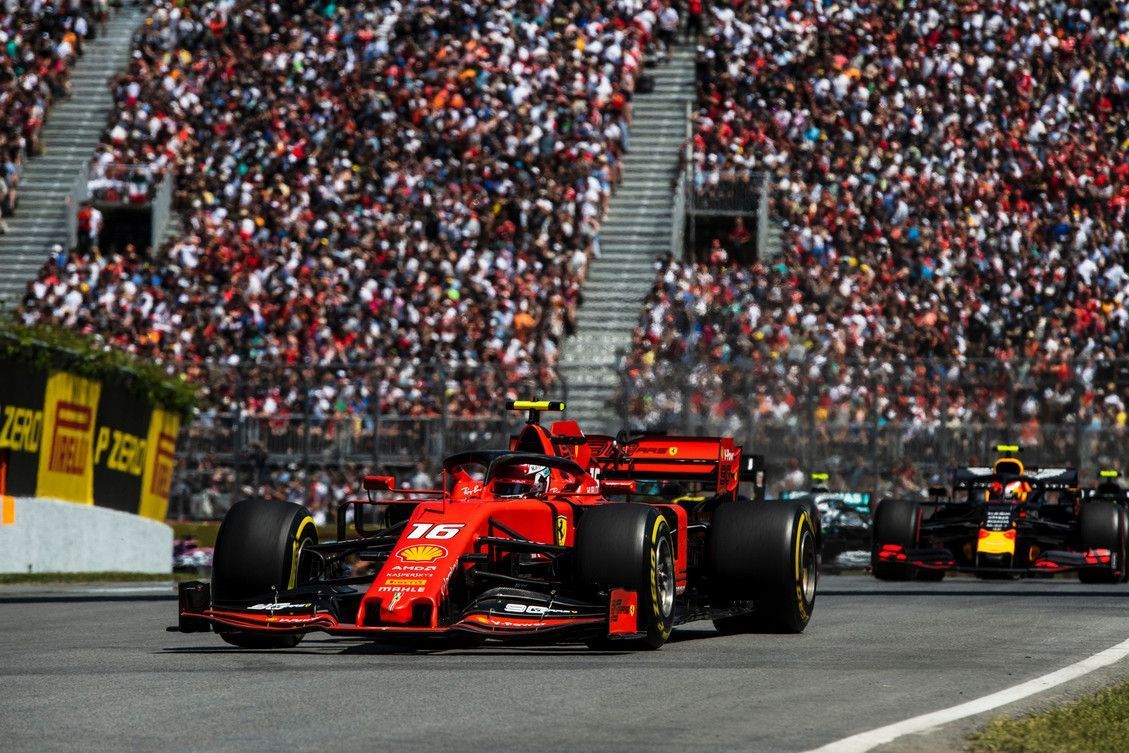 Ferrari’s Charles Leclerc said he opted out of a chance to pit and push for a point through fastest lap because he wanted to chase down Mercedes’ Lewis Hamilton.

Leclerc was beaten fair and square by Ferrari teammate Sebastian Vettel and Hamilton in F1 Canadian GP qualifying on Saturday. He started off cautiously in the grand prix on Sunday as he didn’t push enough against Hamilton in the first few corners.

It was a lonely race for him in third until the final few laps when he started to catch both Vettel and Hamilton at a quicker pace. The two ahead had their own fight but slowed down to save tyres and fuel with the result almost fixed after a penalty.

For once, it looked like Leclerc was trying to get into the five seconds bracket of Vettel but post-race Ferrari clarified that it did not inform the Monegasque of the German’s penalty which the driver confirmed himself too. It was a clear miss from the team.

It is not known if Leclerc would have indeed made it inside the five second bracket but maybe if Ferrari informed him about it, he would have pushed more. In fact, his idea was to catch Hamilton for second on the road and that’s why he did not go for fastest lap.

Leclerc had the option to pit but decided against it. The Monegasque also clarified that the decision to pit later in his first stint was to try and benefit from a safety car if it showed up. “I’m pretty happy about the performance, my own performance,” he said.

“I think we were very quick. It’s a bit of a shame that I did some mistakes in qualifying. I need to work on my qualifying to get better on them. The race pace was very, very strong, so it’s a good sign for the future.

“Obviously, it was quite difficult to challenge the two in front at the beginning so we just tried to go long [in the first stint], hoping for a safety car that never came. The start too was quite tricky with Lewis but I decided to not take any risks.

“It was quite a boring race from then-on, trying to manage the tyres in the first eight-nine laps and from then on I started to push. I could feel that we were quite good and, on the second stint, the car felt great. We were very quick.

“I could feel I was catching a little bit in front. The team asked me to pit to do the fastest lap, and I asked to continue because I could see that the gap was closing. I knew it will be quite difficult to catch them but if there was an opportunity I wanted to be there.

“At the end, it didn’t pay off. I pushed but I didn’t know what was going on in front, I didn’t know Seb had a penalty. I was just pushing in case something happened in front, to be there if I had an opportunity but I was not aware of the five seconds penalty.

“So no, I only did my own race. We finished third which is a good result, but the team definitely deserved more after such a great weekend. So, disappointed for the team and Seb. I think the first position was in our hands and it’s a shame it slipped away the way it did.”

The pace from Leclerc’s side is certainly there but the Monegasque is showing some lapses. It is for this reason that Ferrari is building him for the future with time, but what’s ailing the team is mistakes – sometimes from drivers and sometimes for the team itself.

Daniel Ricciardo says he is feeling better with Renault now

Ferrari goes for right to review option over appeal