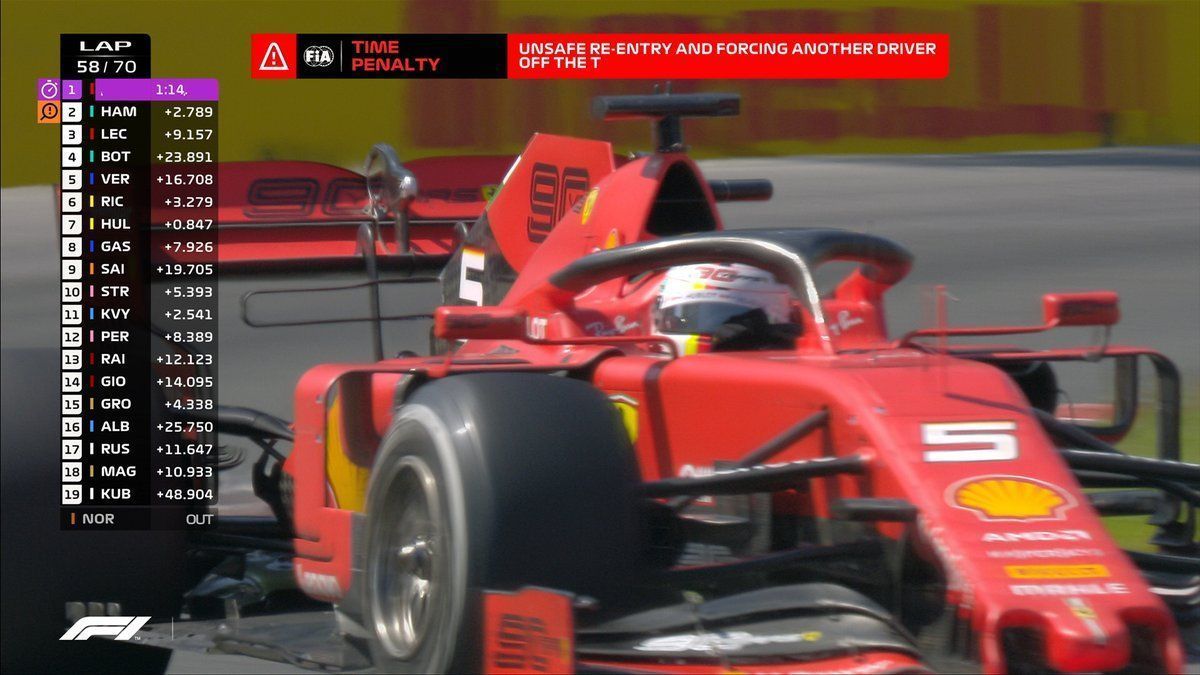 F1’s Ross Brawn says that they will work on solutions with the FIA towards explaining stewards decisions in detail for fans to understand it better.

The controversial decision made by Emanuele Pirro, Mathieu Remmeire and Dr. Gerd Ennser – the stewards for the F1 Canadian GP, caused an uproar not only within F1, but even outside with the whole of motor racing community voicing their opinion.

Ferrari’s Sebastian Vettel was adjudged to have forced Mercedes’ Lewis Hamilton off-track while re-joining the track at Turn 4 in unsafe manner. The decision was taken after careful analysis, which included telemetry and more video angles.

Despite the explanations, it hasn’t set well with many as Ferrari has intended it to appeal. They have 96 hours to do, of which more than 36 hours have passed. The Italian manufacturer must be looking everything possible to make a valid case.

Even if they appeal and the case is heard, in most cases the result stay as it is. While the talk continues on, Brawn has put up a defence for the stewards by stating that they have no ‘hidden agendas’ to penalise someone. He has chosen to not comment on the decision.

Instead, Brawn wants to work with the FIA towards transparency for fans to understand the decision making by the stewards. During Charlie Whiting’s time, he used to hold a media session to explain certain decisions but this year, they haven’t had any.

“The penalty the Stewards handed out to Sebastian in Canada has got everyone talking, fans and F1 folk alike,” wrote Brawn in his usual post-race column. “I can understand how Vettel feels and I know Ferrari intends to appeal the decision.

“I also know what a difficult job the stewards have, as they have to reach a their decision in a very short time, producing a verdict that can affect the outcome of the race. As such, I don’t want to give an opinion on the decision.

“Because in my position it would be wrong to do so. I have a lot of respect for the work of the stewards and for their professionalism and I believe they would be the first to say that they would prefer not to see a race outcome decided via a penalty.

“At the same time, I understand how difficult it must be for fans to understand why the driver on the top step of the podium is not the one who crossed the finish line first. That’s why transparency is important when it comes to explaining the decisions of the Stewards, especially in such a complex sport as F1.

“It is in football, where despite the arrival of VAR, there is still discussion as to whether a handball should be punished with a penalty or not. Therefore, it might be useful to work with the FIA on solutions that would allow the stewards to explain their decisions to the fans and to elaborate on how they reached them.

“Having said that, I would emphatically add is that there is nothing sinister about a decision like this. You might agree with it or not, but none of those who take on the role of steward each weekend has a hidden agenda and fans can be certain of that.”

Even though Brawn did not wished to comment on the decision but he acknowledged that Vettel did make the mistake at Turn 3 – the only one in the weekend – but praised the German’s effort for fighting against a formidable opponent with all.

Meanwhile, there has been murmurs of having permanent FIA stewards for F1 for years with many hoping that it will be the solution to end any controversial call made, but for now the stewarding remains as a race-by-race option.