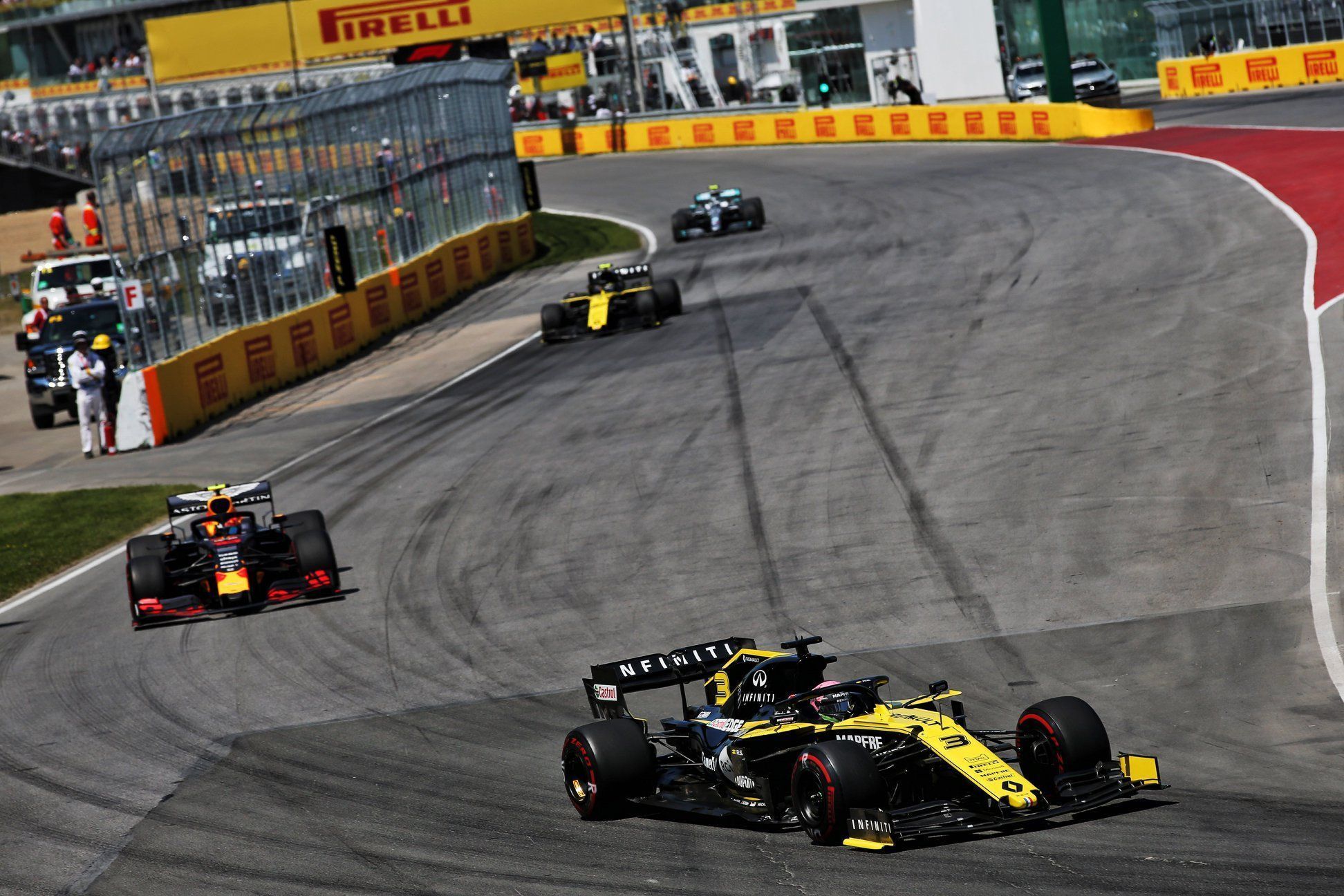 Daniel Ricciardo says he has started to feel better with the Renault car, especially after the fight against Mercedes’ Valtteri Bottas in F1 Canadian GP.

It has been a tough start for Ricciardo with Renault in the 2019 F1 season but things have started to look better for the Australian in the last few races. Even though he hasn’t got the points to show for it but the pace looks good and also the fight as ever.

The best chance for Ricciardo to finally show it was in F1 Canadian GP when he surprised many by qualifying fourth as he beat both the Red Bull Racing drivers, along with Mercedes’ Bottas and his Renault teammate Nico Hulkenberg.

In the grand prix as well, Ricciardo resisted challenge from Bottas and eventually finished sixth, with a little help from the team when it asked Hulkenberg to maintain position. They couldn’t keep Max Verstappen behind but they managed to get ahead of Pierre Gasly.

Post-race, Ricciardo was chuffed to fight against Bottas and show a bit of character despite having a slower car. The Australian added that he is feeling much better with the current Renault car than what he did at the start of the season as he gets into the groove.

“I knew from my starting position that I would probably going to do more defending than attacking,” said Ricciardo. “I would have loved to attack a bit at the start. It was quite important off the line, I had Leclerc in my sight but I didn’t really get a good launch.

“After that, we had good pace and Valtteri was coming through and I thought he would get me quite easy as soon as he got on my tail. But I managed to hold him off for the first lap and then I was like ‘this is good’. I knew he was not in our race.

“Also I thought, ‘what the hell’, I had the chance to fight a Mercedes, so I am going to fight with all I got and I managed to battle and hold him off for about six-seven laps which was fun, i probably hurt my tyres in the course of it but it was worth it.

“I think it was nice to show a bit of character and get everyone excited a bit. It is getting closer for sure. I went into the last few chicanes and I was like I am not going to make the corner here but I managed to pull that up, it didn’t look pretty.

“But I certainly felt better [in Canadian GP with the car] than I did in the first few races. It is certainly coming which is nice. The better the car gets, the better I’ll get with the car and the happiness will keep growing, it is cool with our first double points of season.”

Renault has time and again stressed that their engine is slowly coming good now and the chassis upgrade is due at French GP, which could help them to be in a better position. Ricciardo concurred: “It is clear we have got a lot of work to do.

“But certainly the trajectory is now starting to catch up to where our expectation was and that’s strong. We have got some new parts for France, which is for others too, but as long as we look at ourselves then I am sure we will keep bridging the gap.”

Renault moved up to fifth in the standings with 28 points as they sit only two behind McLaren. Team boss Cyril Abiteboul said: “Canada is no more than the blueprint we set ourselves as an objective and the demonstration that we are able to achieve it.

“We need it to continue in the upcoming races and Daniel’s sixth position and Nico’s seventh, the best possible results at this stage under normal conditions, restart our season. The drivers were faultless all over the weekend.

“Daniel was exceptional in his qualifying lap, he gave us all a smile nearly as wide as his. The rest of the team executed everything impeccably giving us confidence back while also not forgetting errors made at the beginning of the season.

“We remain very concentrated and conscious of the work there is left to do. We’re moving forward to the French Grand Prix from tonight, as it marks the second stage of our recovery plan after the first one on the engine side, which has benefitted from the visibility and the recognition it deserved on the most challenging circuits of the calendar.”