Home F1 Stroll had ‘balls out’ to score points in Canadian GP despite having... 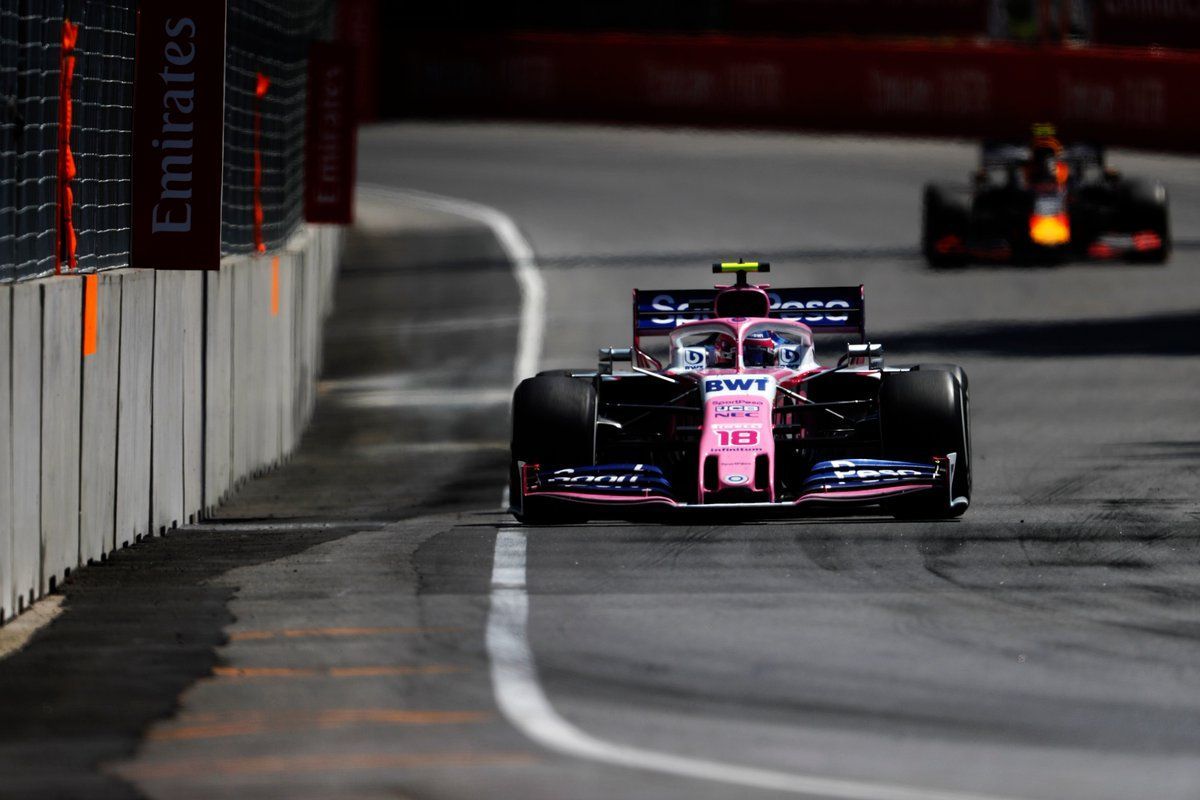 Racing Point’s Lance Stroll was chuffed with the F1 Canadian GP results after he fought his way through to score points despite having older engine.

Amid all the criticism of getting a F1 drive through his dad’s money, Stroll put in a solid performance in his home Canadian GP event to score two pointd after fighting his way through the field having being knocked out in Q1 again.

The Canadian was already on the backfoot when an engine issue curtailed his FP3 running with the team deciding to go back to its old Mercedes power unit which had mileage of six F1 grand prix already. He was the only one with the old spec with rest having Phase 2 unit.

He missed Q2 again, which has been his problem since the start of the season, but teammate Sergio Perez couldn’t push through as well after a mistake. But Stroll was on a different level in the grand prix as he made a solid start from 17th.

At the end of Lap 1, he was already 14th and by Lap 10, he was inside the Top 10 after starting on the hard compound. The plan was to go long which worked in his favour and a good strategy helped him keep track position after his pit stop.

He was running 10th after his stop and came out nearly eight seconds behind McLaren’s Carlos Sainz. On a much fresher medium compound to Sainz’s nearly 67 laps old hard, Stroll clawed into his lead and passed him on the final lap to finish ninth.

“I just put all my emotions on the table,” he said after the race to the media. “It was just balls out. I loved every minute of it and I was fully committed from Lap 1 onward. There were some good overtakes like Giovinazzi and then Perez down at the hairpin.

“Finally completed the set with Sainz for P9. It was a great race and one that I am going to remember. A lot of the job was done on-track with the pace and passing aside from the start, that’s what I am really pleased about. We had to work for it and we got it done.

“To do it at home, it is always special. Everything considering Saturday, with the engine blow up, it really put us on the backfoot with no running in FP3. We took a hit in terms of performance for qualifying and the race as well.

“But we still manage to grab two points which is fantastic.” Despite the two points, he remains in 16th in the F1 drivers’ championship with now a total of six. While he has the race pace but he will need to buck up in qualifying to score more than he has so far.

While Stroll got through into the points, Perez had a difficult outing after Racing Point decided to split the strategy. He started on the medium compound and was in points at one stage but an early pit stop dropped him into traffic which destroyed his race to be 12th.

“Not such a good race for me – but a good for the team, scoring two points with Lance,” he said. “We knew that getting into the points was going to be tricky, so we went with different strategies to try to maximise the opportunities.

“As it turned out, Lance was on the better strategy – but you only know which was the best strategy after the race. The whole weekend wasn’t great for me. The pace was quite poor – but I was always stuck in traffic, so the temperatures were on the limit.

“And we couldn’t do much about that. In the first stint, I suffered with the high track temperature, but, more than that, I could only put pressure on Kvyat ahead for two laps before I had to look after the brakes, which made things even harder.”