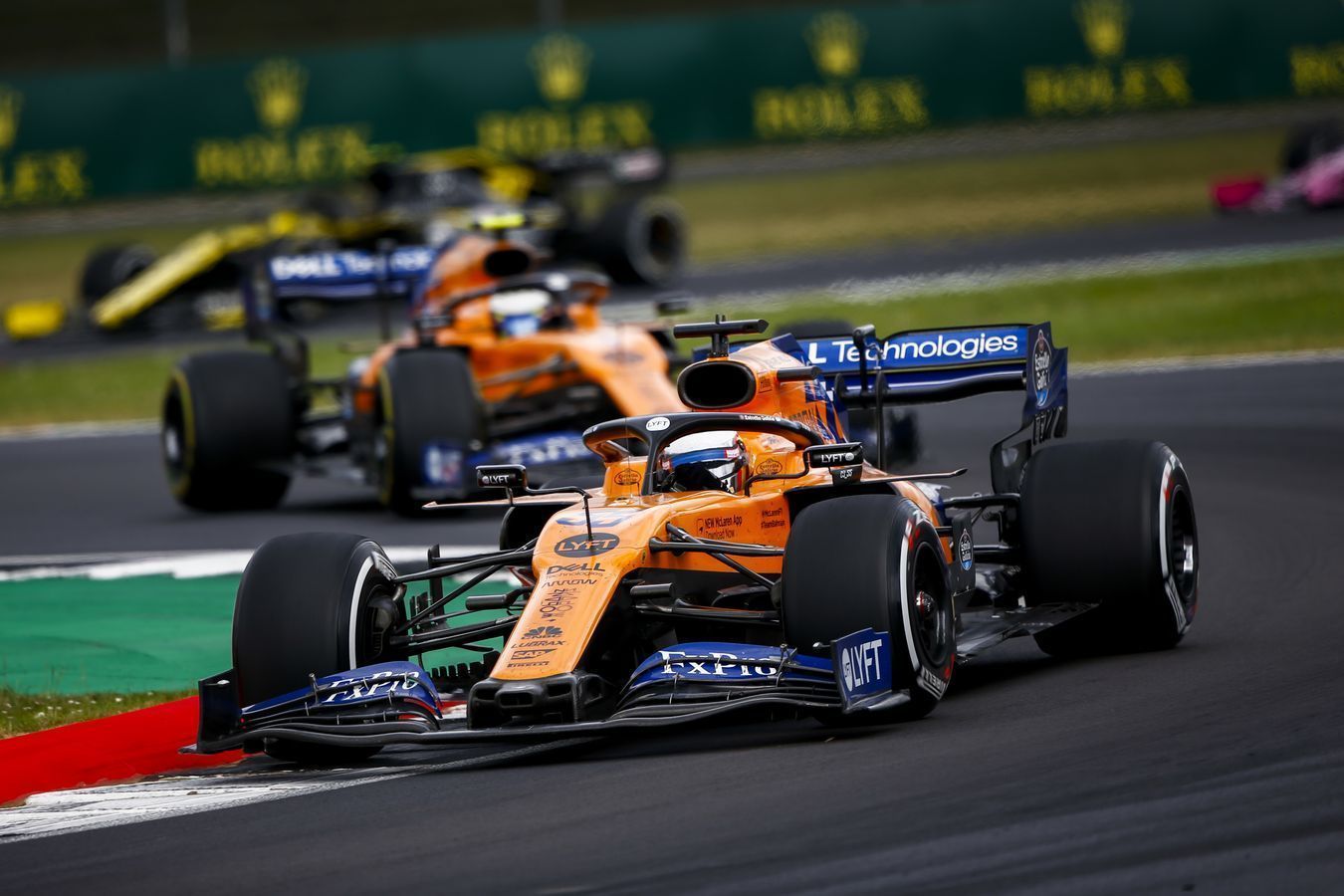 Carlos Sainz reckons McLaren still doesn’t have a firm control of fourth place as Renault still looms as a threat for the team in the 2019 F1 season.

With 10 F1 races in the pocket in the 2019 season, McLaren is fourth with 60 points over Renault, which has 39 to its name. The points difference suggests that the Woking-based outfit is in control and is likely to take fourth but Sainz doesn’t thinks so.

The Spaniard feels Renault remains a threat and it will only take handful of races for them to score more, where McLaren falters, which will allow them to close up. The French manufacturer has had few rough races where it lost crucial points at the start of 2019.

Had they scored enough in those outings, they would have been closer and maybe even ahead of McLaren. Sainz reckons the key for McLaren will be to bridge the gap to Renault and take firm control of fourth place in the constructors’ championship.

“It is a very good feeling because we are progressing, the car is alive in the windtunnel and we are bringing upgrades to every race,” said Sainz. “The only thing that we know is we haven’t cleared the midfield [so far].

“Many people wanted us to be clear of the midfield but we haven’t, we are still battling with Renaults. We need to improve the car in low speed because that is going to give us the edge that we need. Going forward, Germany is going to be similar to Silverstone.

“Austria and Paul Ricard were definitely good tracks for us where we were fourth fastest with no problems, but Silverstone was not a wake-up call but a realisation that we haven’t cleared the midfield and so we just need to bring little bit to the car in low-speed.

“The tracks ahead like Hockhenheim and Hungaroring have combination of both high-speed and slow-speed corners, so we are not sure how we are going to do.” Sainz was one of the stars in the British GP after finishing sixth as the best of the rest.

The Spaniard started from outside the Top 10 but a favourable strategy and safety car helped it gain track position over his rivals, even teammate Lando Norris. Towards the end, he managed to fend off a charging Daniel Ricciardo in the Renault.

“The last few laps with Daniel was fun because he was just a tiny bit quicker that made him to get to my DRS,” he said. “With the headwind on the straights and my clipping on the battery as I was running more wing than him, so it meant, he was really catching on the straights but we were just hanging on in the corners.

“We were flat-out, we were running all over the kerbs and these were proper qualifying laps the whole way because the hard tyres allowed to do so. It turned out to pretty good race, especially since the start which was a plan to pass the cars at the start and build on.”

For his teammate Norris, it wasn’t the best outing in the end after the team were caught out by the safety car as like few others, but the British racer felt they still could have scored points like Ricciardo did, being on the same strategy as Norris.

“The medium-hard was the better strategy from what we looked on the paper, it was always going to be tough compared to others but at the same time Riccardo was on the same position I was in and he finished ahead,” he said.

“They made the right call and we didn’t. It is frustrating because we could have some more points as a team. I made some small mistakes but it is normal.” While Sainz has more points to be seventh, Norris has been unlucky in some but sits ninth still.

Max Verstappen on his fight with Charles Leclerc in British GP