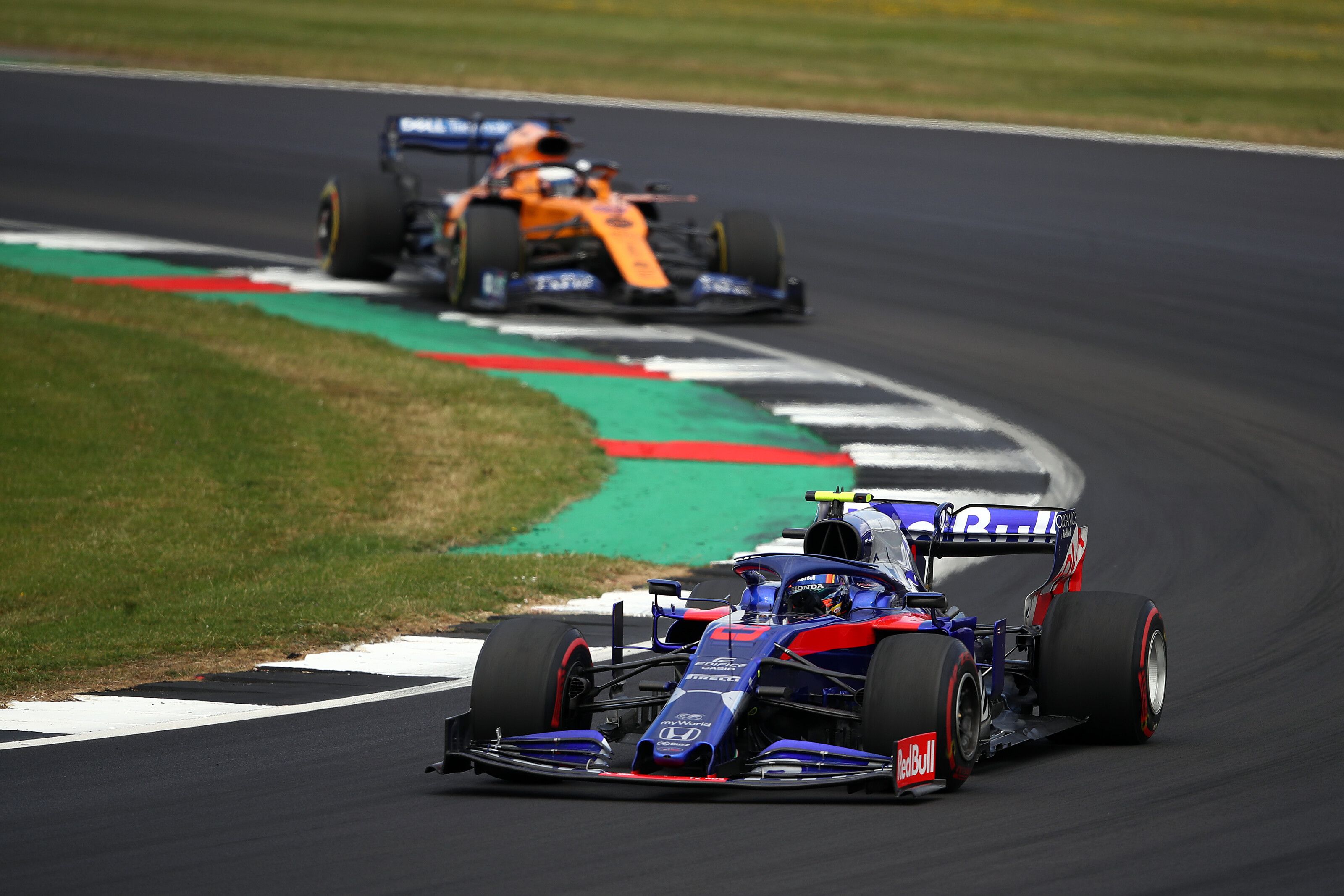 In a rare scenario, Albon wasn’t allowed to pit for the second time as the car wasn’t safe enough for the team to touch during the pit stop, due to a high voltage issue caused by Honda power unit during F1 British GP last weekend, at Silverstone.

While teammate Daniil Kvyat fought through the pack to be ninth, Albon was left to defend on worn tyres as he eventually lost out to a recovering Renault’s Nico Hulkenberg and also McLaren’s Lando Norris to finish 12th on a one-stop strategy, when he was to do two.

Honda is now analysing the cause for the high voltage. Albon looked likely to score a point to have four Honda cars inside the Top 10 but it wasn’t to be. “It is very disappointing to have lost what looked like a certain podium finish with Max because of the accident, when he was running so strongly,” Honda’s Toyoharu Tanabe.

“On the positive side, Pierre has had his best race weekend of the year, equalling his career best fourth place to date. We hope to see him challenge for the podium in the coming races. At Toro Rosso, thanks to strong pace and a good strategy, Daniil went from 17th to finish in the points.

“Unfortunately, Alex dropped out of the points in the closing stages, as he was unable to make the second tyre stop that he needed. This was PU-related, as the data showed a high voltage issue, so we told the team it was inadvisable to make a second stop on safety grounds. Of course, we will now analyse this issue very carefully.”

Meanwhile, Albon added: “It wasn’t an easy race for me managing the tyres. When the safety car came out some drivers got lucky, others didn’t. We had an issue with the car where we couldn’t pit or touch the car.

“So, we had to stay out while others around us pitted. It was a frustrating race, but that’s the way it goes sometimes.” The Thai racer had a fight against McLaren’s Norris for the points position early on but lost out with the issue with his car.

At the same time, Kvyat managed to get inside the Top 10 and nearly got Alfa Romeo Racing’s Kimi Raikkonen for eighth but for the Finn’s defence in the end stages. “I’m very happy with the race,” said Kvyat to the media after the grand prix.

“To be honest, I didn’t have too many expectations starting from the back of the grid, All weekend I didn’t really get into the rhythm and I was struggling a bit with the balance, but when it mattered most I managed to extract everything from the car.

“We found a few improvements with the setup direction and I think we managed to correct it and I just clicked with the car. I had a good battle with Kimi at the end for P8, which was fun, but I didn’t have enough laps in the end to make a move.

“It’s good to get two more points on the board and it was important to bounce back after the past couple of races.” The team is eighth in the constructors’ championship with 19 points, which is same as eighth placed Racing Point team.