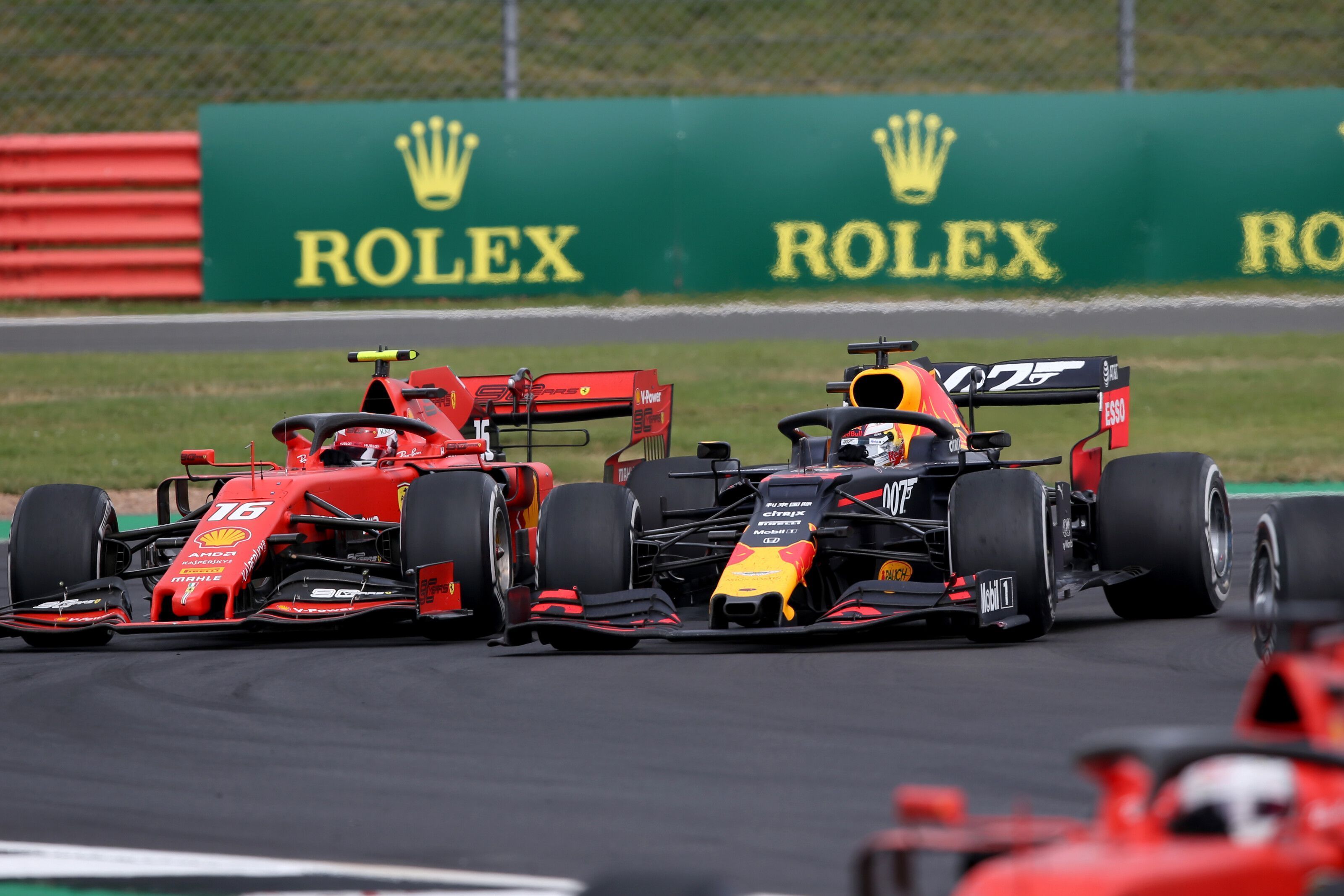 Following their antics in F1 Austrian GP for the win, Verstappen and Leclerc found themselves together again in British GP at Silverstone, last weekend. The two tussled heavily before their pit stop as the Dutchman got past him inside the pitlane.

With no grip available, Verstappen made an error while coming out and Leclerc retook the position. The Monegasque, however, lost out under the safety car as Verstappen pitted to gain track position. His run-in with Sebastian Vettel sealed his fate though.

In the end, Leclerc ended up third with Verstappen fifth with a damaged car. The battles with Charles were hard but fair and he was defending really well,” he said. “I didn’t want to risk too much as the race was still very long and we were clearly faster.

“It was just a matter of choosing the right time and it was great fun. The team made a really good call with the second pit stop to put me on the hard tyre so we had that advantage over Charles and I caught Seb and got by.”

The Dutchman felt that Leclerc was fighting hard, especially after what happened in Austria. At the same time, the Ferrari driver said he enjoyed the wheel-to-wheel action and his move at Copse on Verstappen was his favourite one.

“That was definitely the most fun I’ve ever had in my F1 career,” he said. “It was definitely very, very fun from inside the car. I think that Austria was quite an eye-opener for me to understand how far we could go and what was accepted.

“I’m very happy at the end to race like this. I think every driver wants to race hard and that’s what we did during most of the race. It was very, very fun, always borderline, but I think always in the rules and very, very enjoyable from the car.

“We still have got some work to do on our race pace and try to keep these tyres as good as Mercedes and Red Bull are doing. The best move was probably the one on Max on the outside in Copse? I think he just passed me and I passed him back.

“It was round the outside of Copse. So, that was definitely one of the most exciting of the race of my race.” The Monegasque also had to fight through Red Bull’s Pierre Gasly due to the strategy call made by Ferrari which came under scrutiny again.

However, Mattia Binotto clarified that the idea was to see what Red Bull were doing They also had Vettel pitting at the same time and like often, Ferrari were left second guessing as Red Bull were clear that they had to pit due to his medium-medium-hard strategy.

“Charles drove a strong race and showed once again how good he is in a wheel to wheel situation,” said Binotto. The Safety Car made Charles’ race more difficult: stopping first was not really an option as it would have put Charles behind his rivals.

“All we could do therefore was react when Verstappen pitted. In the end, Charles had to attack the Red Bull again on track, which he succeeded in doing to take a well deserved podium.” The incident between Verstappen/Vettel allowed Leclerc to get the podium.