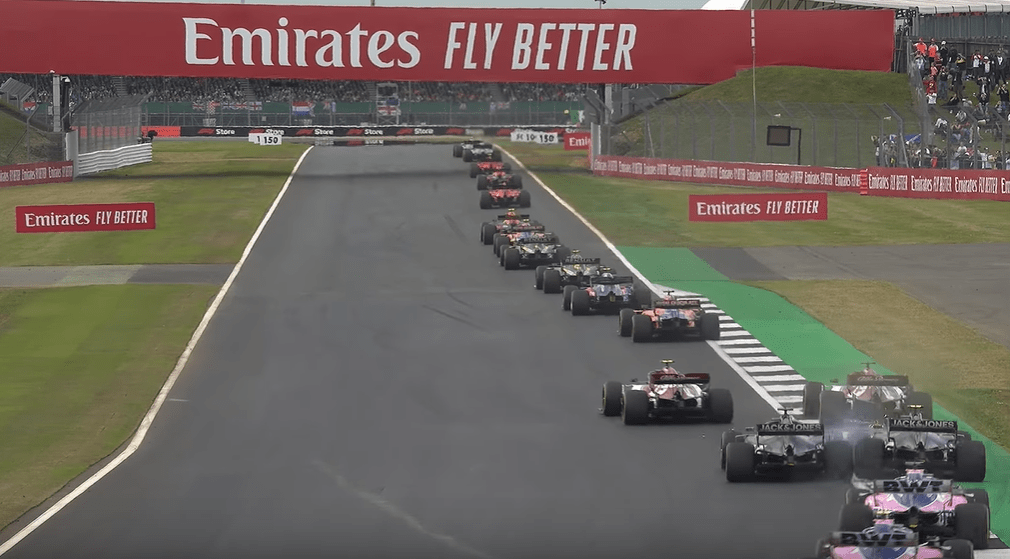 Haas F1 Team’s Guenther Steiner was left furious after the collision between Romain Grosjean and Kevin Magnussen in F1 British GP in a double DNF.

Amid an already difficult time for Haas in the 2019 season so far, it was a huge blow for them in F1 British GP at Silverstone when Grosjean and Magnussen collided in the opening lap, leading to a double retirement within the first few laps of the grand prix.

The race was crucial for the team as they wanted to understand how the two set-up is working for them with Grosjean using the old one which he started the 2019 F1 season and Magnussen running the new one. The qualifying fight was won by Grosjean.

The Frenchman steadied on behind Alfa Romeo Racing drivers when Magnussen gained places to be right behind his teammate. The Dane went for a move on the outside in the left-hander when they touched, with Magnussen on the kerbs when making a move.

For Grosjean, there was damage to his car as he lacked downforce, while Magnussen had a lose pedal – which ultimately sealed their fate. Haas team boss Steiner was far from impressed as he made his intentions pretty clear after the grand prix.

“It was a very disappointing race for us,” said Steiner. I’m just stating the obvious here. The best that our drivers could bring to the battle was a shovel – to dig the hole we’re in even deeper. We need to go back, regroup, and see what we do in future.

“Both of them are in trouble and it is not acceptable what happened. I was pretty clear with them after Barcelona, what not to do. In the end, we are in a difficult position at the moment, how to get the car work on track. Everyone works hard like hell.

“Then when we get a chance, and our long runs look OK, we crash into each other on Turn 5. It’s not acceptable. I don’t have the solution, I need to sleep on it. I need to calm down, there’s no point for me to sit down with anybody at the moment.

“I need to wind down and I will come up with a solution, I normally come up with solutions how to go forward, that’s my job, and whatever they are, I will push them too. We’re a team, and everyone needs to work for the team, and not or himself.

“I’m the first one to work for double the time like I did maybe three or four months ago. It doesn’t bother me. I want everybody to be steering in the same direction. When I saw it on TV, I couldn’t almost believe it. There are two cars running into each other and it’s us two.”

As for the drivers, they couldn’t add much with their own disappointment, especially after having had a session with Haas team boss Steiner just after the incident. “I picked up the rear right puncture,” said Grosjean, when talking to the media.

“After the pit-stop the damage to the car, on the floor, the brake ducts and so on, it was too much to be able to carry on racing. We had to retire the car unfortunately. It’s a real shame. We wanted to evaluate both packages on the cars.

“My car felt really good on the way to the grid, I was encouraged by those couple of laps, and was hoping for a good race. I just felt that my rear tyres were punctured on the straights. It was on a blind spot behind and I was just doing my corner.”

At the same time, Magnussen added: “I think we had a decent weekend going for us, but obviously qualifying went worse than we expected. I think we’ve learned some things this weekend about the car, with the experiments we’ve tried.”