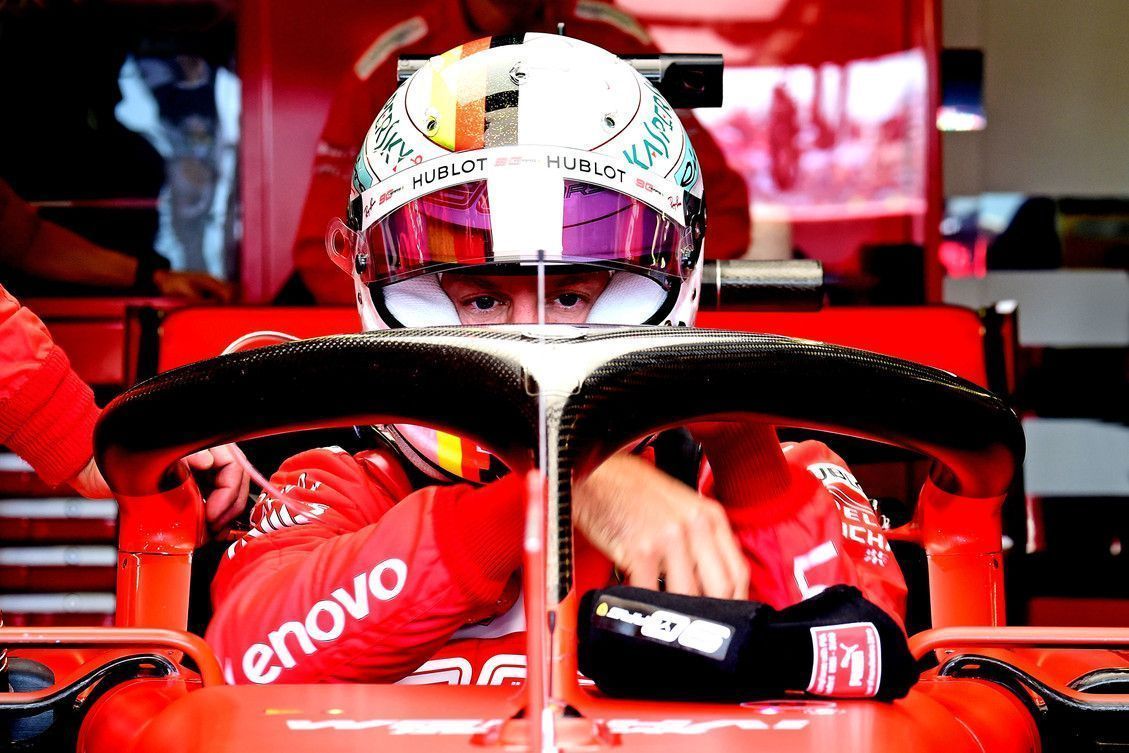 It was yet another troublesome weekend for Vettel in F1 British GP at Silverstone, where he lost out to Ferrari teammate Charles Leclerc in qualifying and later on collided with Red Bull Racing’s Max Verstappen to finish only 16th, behind the two Williams drivers.

The German’s results haven’t been hugely great in the last few seasons, while he has shone on many occasions but some of the mistakes is something which is not expected from a four-time F1 champion – even though we consider that it can happen to anyone.

Vettel started the 2019 F1 season with much gusto and it looked good for the German and Ferrari but it started to drop down. They were out-played in Australia but bounced back in Bahrain, only for the cruel misfortune hitting Leclerc for him to lose.

It may have been good in Baku and Canada as well but it wasn’t. It seems the events in the latter has hit Vettel hard as he seemed downright dejected. It may have hit him mentally as well as he has finished behind his teammate in all three races since Canada.

Having had the liberty of being a team boss, Brawn had a word of advise for Vettel and its keeping it simple and remaining calm. “We saw two sides to Ferrari this weekend, in terms of drivers and on the technical front,” wrote Brawn in his post-race column.

“When it comes to performance on a flying lap in qualifying, Leclerc was amazing, given that he only lost out on pole in the final sector of a track that didn’t suit the characteristics of the SF90, especially in the cold conditions.

“However, in the race, Ferrari was third best, a long way off Mercedes and behind the Red Bulls. Tyre wear especially seems to be the team’s Achilles Heel. That could be seen on Friday and although the team managed to partially fix it over the weekend, it was not enough to put them in the fight for the win.

“Back in Maranello, they need to understand why this is, and they must react quickly if they want to keep alive their hopes of fighting for the championship. The two drivers also had very different Sunday afternoons. Leclerc scored his fifth podium finish of the season, his fourth in a row.

“He was obviously delighted after a race that highlighted not only his talent and clean driving style, but also his bravery in those thrilling duels, both in defence and on the attack. Charles’ comments in the post-race interviews revealed that he happier to have come out on top in his duels with Verstappen and Gasly than with the final result, showing that these are the things that make Formula 1 what it is.

“Vettel, on other hand, could not muster a smile. Since Canada, Sebastian seems to have been struggling more and more, and in Silverstone those woes deepened further. Unlike Leclerc, he never felt comfortable in the car, as can be seen from the gaps in qualifying and then, in the race, he didn’t make the most of the Safety Car opportunity, after it had seen him move up to third.

“Then came the mistake when he slammed into the back of Verstappen’s car. He realised immediately that he’d erred and after the race quickly sought Max out to apologise. It’s a difficult moment for Sebastian, as he probably feels under a different kind of pressure than he’s used to, and he must be asking himself what direction he should now go in, given that again this year, his chance of putting Ferrari back on top is slipping away.

“Sebastian is an incredible driver, as his record shows, but at the moment, he needs to keep calm and to rely on support from his team, which I’m sure he is getting. I reckon there is no other team like Ferrari when it comes to surrounding its drivers with affection and positive energy.”

Ferrari sits 164 points behind Mercedes now after 10 F1 races and only 52 ahead of Red Bull in the constructors’ standings. At the same time, Vettel is only three ahead of Leclerc in the drivers’ standings with both sitting behind Verstappen.

Meanwhile, Brawn also lauded the work of Mercedes and both Lewis Hamilton and Valtteri Bottas for pleasing the crowd with their wheel-to-wheel action and also praised Red Bull-Honda’s Max Verstappen and Pierre Gasly for their solid work.

Photos: Button back in his Brawn GP car at Silverstone for Sky Sports F1 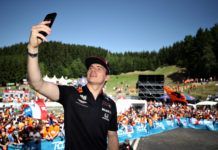