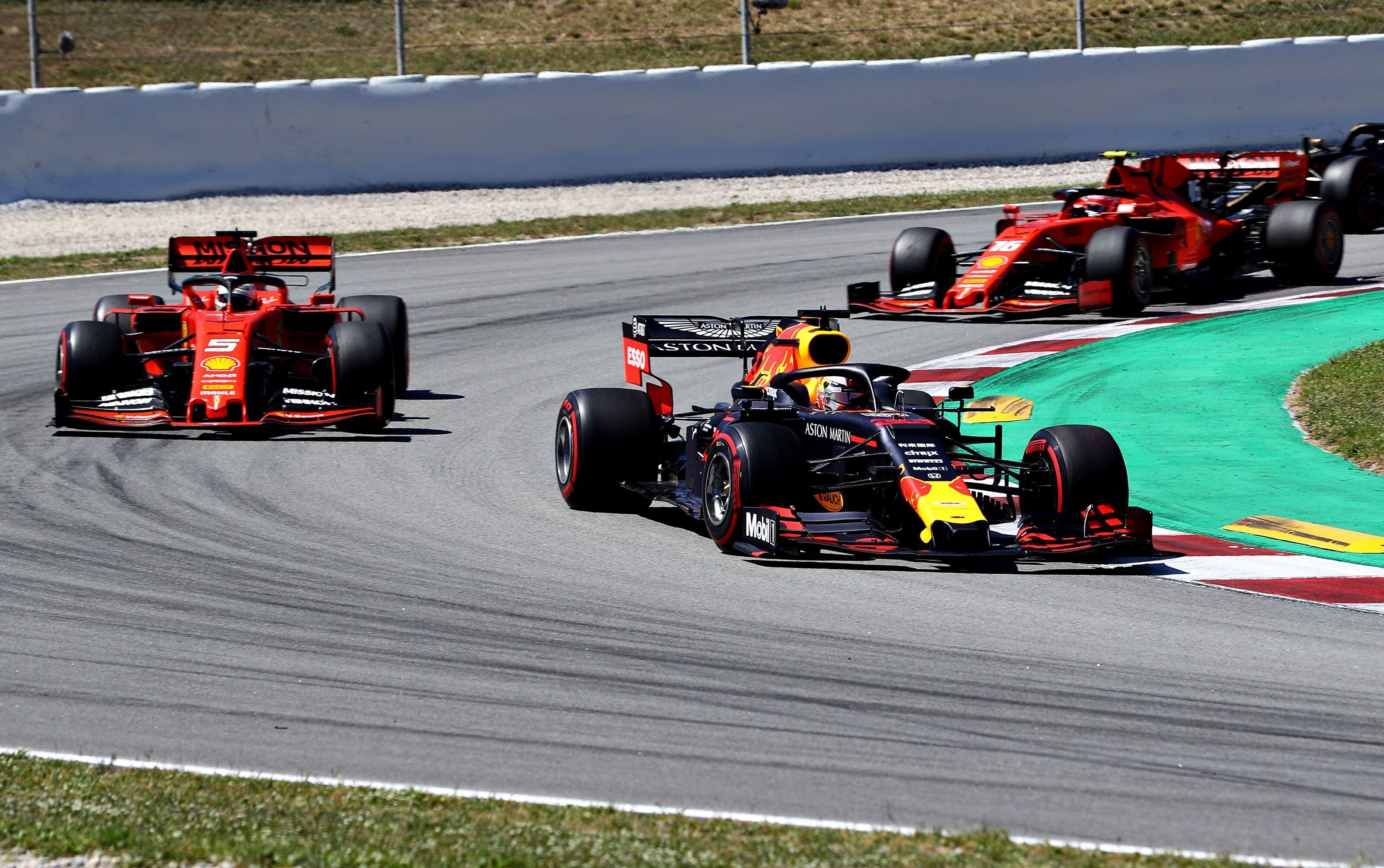 Sebastian Vettel feels Ferrari’s pace was similar to Red Bull Racing’s Max Verstappen in F1 Spanish GP after he couldn’t pass him even after a safety car period.

An aggressive start at Circuit de Catalunya, Barcelona, for Vettel proved to be detrimental as the German had a lock-up in Turn 1 which flat-spotted his tyres for the first part of the F1 Spanish GP. He was struggling certainly as Charles Leclerc caught him up.

The German was pleading the team to allow him to pit but the Italian manufacturer’s hands were tied as an early would have cost him more places and perhaps forced him into a three-stop strategy rather the two that they probably planned.

He was asked to give way to Leclerc and was then first to pit as well. Even with new set of tyres and a safety car period, the Ferrari drivers were unable to challenge Verstappen in the grand prix. Both Vettel and Leclerc had the best chance on safety car re-start.

But the Dutchman had an advantage with fresher tyres than Vettel. While Leclerc had new tyres but the Monegasque had a slow re-start where he was almost caught by Pierre Gasly. And with Ferrari not too quicker than Verstappen, they had to settle for fourth and fifth.

“We talked a lot about the flat-spot on the radio,” said Vettel. “I was struggling to see stuff and I was also slowed down, so it compromised my first stint. After that I think my pace was fine but just from there it was difficult to come back.

“The safety car gave us a chance but we were at the same pace as Max, so it was difficult or impossible to pass. We will talk about the team calls internally but inside the car you try to do your own race, I think at the beginning it was clear that Charles was faster.

“And once he was putting more and more pressure, I was happy to let him go. In the second stint, I wasn’t aware that we were on different strategies for a long time but once it was clear, I think I was let go.

“I was a lot faster and trying to put pressure on Max but with the safety car in the end, it didn’t really matter.” While Ferrari couldn’t be any quicker than Red Bull in Spain, it isn’t a set order as Honda is still slightly behind the Italian manufacturer.

“I knew that we could take the fight to Ferrari,” said Verstappen. “In qualifying we were already very close. I think my race was also decided on Lap 1, to overtake Seb around the outside in Turn 3. That was good and from there onwards I could just do my own pace.”

Charles Leclerc fine with Ferrari’s calls and strategy in Spain

Check out all the stats and information from Spanish GP