Home F1 Leclerc had no issues with team calls as he defends Spanish GP... 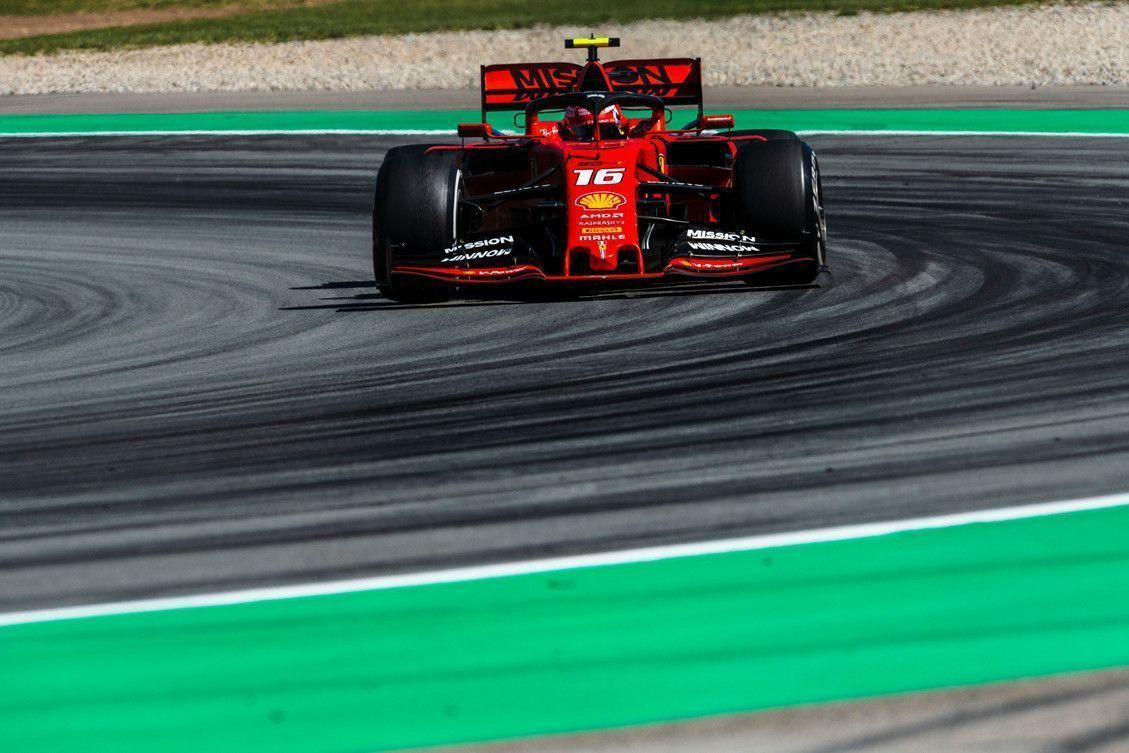 Charles Leclerc says he had no issues with Ferrari’s calls in Spanish GP and also defended the decision to switch to hard compounds.

With Ferrari struggling already to cope up with Mercedes challenge so far in 2019 F1 season, the Italian manufacturer fortunately/unfortunately mostly find themselves in the situation where they have to take a call to switch their drivers.

It was the same in F1 Spanish GP at Circuit de Catalunya, Barcelona, when Sebastian Vettel flat-spotted his front-left in an attempt to take on Mercedes at the start of the grand prix. The German was unsurprisingly struggling then after to keep up.

In fact, he pleaded Ferrari to bring him in. Eventually, Leclerc caught him and the team ordered for a swap. The Monegasque went on with his race but with most of his rivals around opting for a two-stop strategy, the team went for a one-stop race.

He switched to hard compound to go to the end of the race but a safety car on Lap 46 gave them a free option to pit which they took. It seems like, the one-stop idea was in mind already for Ferrari and was done as per the pre-race discussions.

“I don’t think it was a bad call,” said Leclerc. “We wanted to go to the end of the race with them but unfortunately we didn’t make them work as expected. We were struggling a lot with the rears on my side and I lost a bit of time.

“It was same on the medium to be honest. We need to look into that and analyse. We couldn’t have made it to the end on mediums as I think we would have had to stopped again like the guys in front on the mediums like Red Bull and Seb.

“So as to not pit again, that’s why we put the hards.” He finished fifth behind Vettel after another swap. When asked about the calls made by team regarding the swaps, Leclerc said it worked well as how it should have been and that there were no issues.

“In this race, there were no problems to me,” he said. “Anyways, it is always difficult when a driver behind tells that he is quicker – obviously, we always want to be ahead. After that they made me pass and after that we swapped again when I was struggling, so all OK.”

Teammate Vettel concurred with Leclerc on the team order front. The fight eventually was between Ferrari and Red Bull Racing as Max Verstappen managed to get ahead of Vettel at the start and stayed in front of the German until the end of the grand prix.