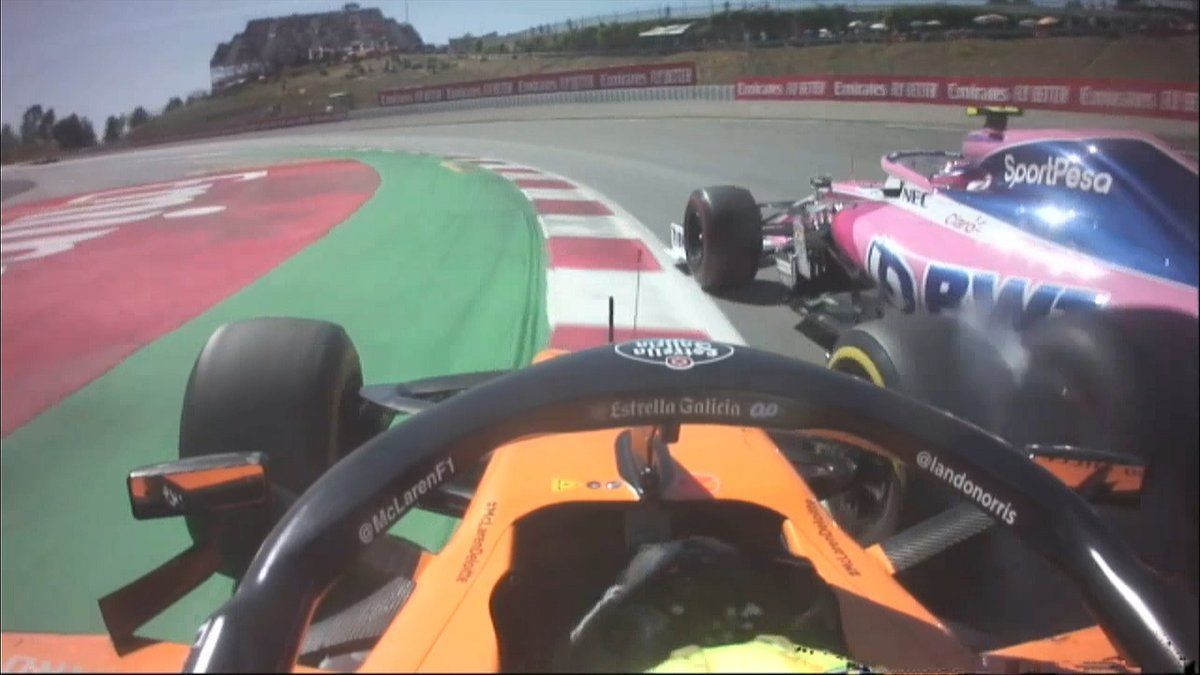 Racing Point’s Otmar Szafnauer is of the view that McLaren’s Lando Norris tried too much with his move on Lance Stroll, which the stewards regards as a racing incident in F1 Spanish GP.

Norris already lost places at the start to drop behind on the opening lap of F1 Spanish GP at Circuit de Catalunya, Barcelona when he ran wide in T3. The British driver was then left chasing which included Racing Point’s Stroll, who made up few positions at the start.

Both were still outside the Top 10 when the clash took place on Lap 46. Norris was almost side-by-side Stroll at Turn 1 but the Canadian came out of the corner ahead with the outside line. Norris stayed with him though and tried to sneak through at Turn 2.

As Stroll turned in to take the corner, unaware that Norris is still pushing for the move, they made contact with Norris hitting the rear-left of Stroll which send them both into the gravel. Norris tried to get back on track but to no avail as the safety car was deployed.

The stewards though pretty much put the blame on both the drivers, as they felt Norris could have backed out as the move was looking unlikely, while they also felt that Stroll should have been more aware to see the British racer.

While McLaren took it as a racing incident, Norris sounded to put the blame on Stroll with the Canadian not adding much other than the usual lines. His team though felt Norris was a bit ‘over-opportunistic’ with the move, which cost them both.

“It’s one of those races where track position is especially important and it was difficult to make much progress in the early stages despite a solid opening lap from Sergio and Lance,” said Racing Point team principal Szafnauer.

“Both cars were running line astern for a large part of the race until Lance was taken out of the race following an over-optimistic move by Norris.” At the same time, Stroll added: “I braked on the inside while he was on the outside.

“And then I had to turn in to make the left hand corner [and naturally, I was on the outside then]. Unfortunately there is not enough space for two cars and there was not much I could do. I felt contact on my rear and I was sent into the gravel.”

For Norris though, it is his first major incident in his rookie season. Until now, he said he has been taking cautiously but probably he tried to push in Barcelona which didn’t come off. “I had a really good start but struggled around Turn 3,” he said.

“I went wide and lost a lot of positions. That put me in a bad position for the whole race. It was unfortunate but I had good pace afterwards. Later I tried to get past Stroll. I was on the inside and I don’t know if he just didn’t see me as he turned in.

“[And then] there was contact and it put me out of the race. I didn’t want to just sit there and do nothing.” Ironically, the British racer’s incident helped teammate Carlos Sainz to finish eighth and score points while he was struggling all-through.