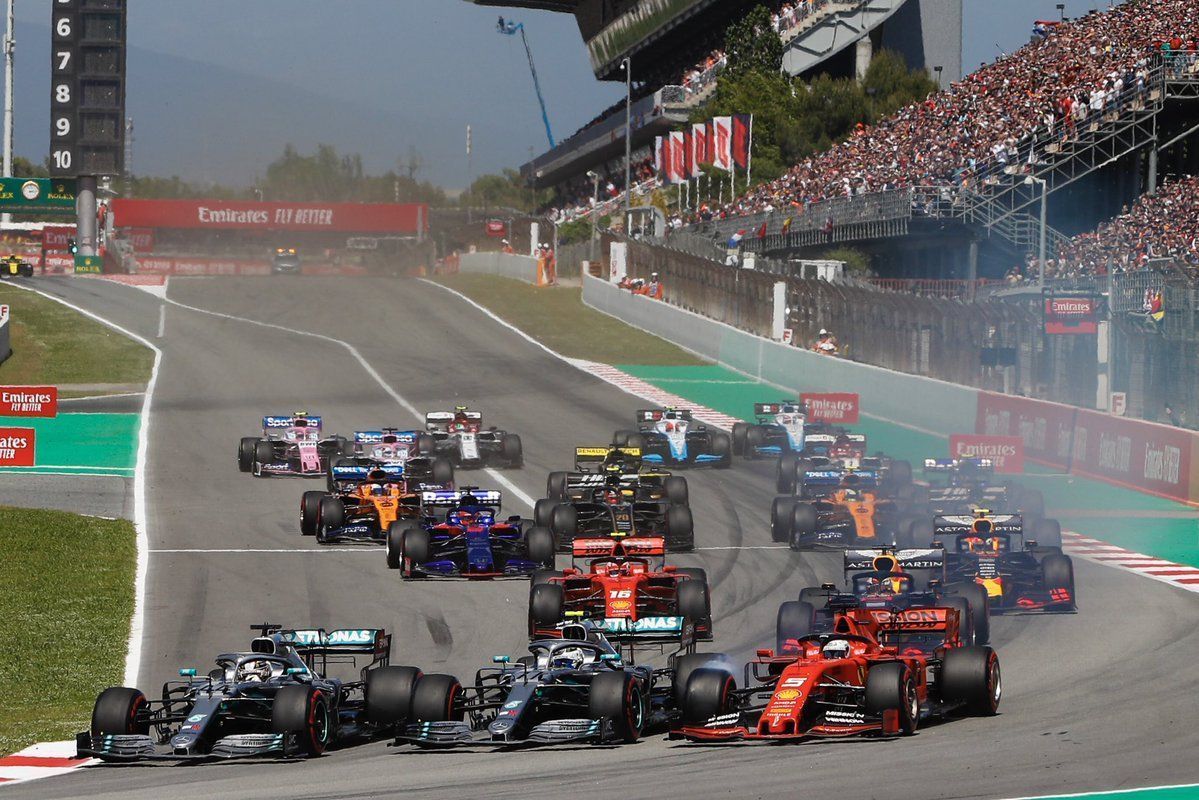 Mercedes’ Lewis Hamilton watched the Formula 2 and Formula 3 race starts to understand that there was no advantage or disadvantage being on either side of the grid in F1 Spanish GP.

With Hamilton in second, the British driver was to start the F1 Spanish GP from the dirty side of the Circuit de Catalunya, Barcelona, gird with Mercedes teammate Valtteri Bottas on the cleaner side. But there was no advantage/disadvantage as per him.

Post-race, Hamilton said he watched the F2 and F3 race starts where it was clear to him that both sides were equal. In fact, none of the pole-sitters in the two categories got a good start and all four drivers lost places instead.

The British driver did well himself with Bottas suffering through vibrations to lose out, which eventually put off Ferrari’s Sebastian Vettel as the trio went wheel-to-wheel on the approach to Turn 1. The race start was decisive in the end as Hamilton took the win.

“I had looked at the support races and it appeared that both sides were quite equal,” said Hamilton to the media. “So when the lights went out, the initial start was good and then after that we were quite close all the way down to Turn 1.

“The Ferrari might have even been alongside us again. It was a great battle and naturally a decisive moment. This is such a great circuit but it’s very, very hard to follow once you get through Turn 1. I’m not really sure if they’ll ever make amendments to make it a race where we would be closer.

“But nonetheless once we got around Turn 1, I just had to get my head down and focus on just trying to deliver each lap. We brought an upgrade here obviously and everyone worked so hard to make sure they brought a decent upgrade, something that delivered on every aspect and very, very proud of everyone back at the factory for their hard work.”

Having struggled a bit with balance on Friday and even Saturday, Hamilton said he altered his driving style a bit in the race to extract the best from the car. The reigning champion also chose to dedicate the victory to an ailing fan, Harry Shaw.

Hamilton and Mercedes shared a video message on the race day of a fan battling cancer. The British driver was searching for inspiration before the race and the video by Shaw just gave him the needed push.

“I was more just super-inspired by this young kid who sent me a message, Harry,” he said. “He was kind of my spirit angel. I just had a really nice message from a young kid who is suffering with an illness.

“We had sent him a card and a cap and I saw that before going into the race. I was chilled but I was looking for something for inspiration, something to grab onto, so I dedicated today’s race to him.

“You try to go out there and do something for someone and it doesn’t always turn out as well as it has, but nonetheless it has, so I hope he’s watching and I’ll be sending him a message and we’re going to try to do something special for him.”

Meanwhile, teammate Bottas talked about vibrations during his start which hampered his run to Turn 1. “It was the first time I’ve felt anything like that, like a vibration in the clutch and that’s why the initial getaway was very poor,” he said.

“It was kind of biting and releasing in a very quick frequency. So it’s really annoying. All the hard work this weekend for me went down the depths but obviously I’m not blaming any individual in the team, and as we are a strong team, we are going to investigate how it happened and how we can avoid it ever happening again in the future.

“That’s the strength of the team. But obviously for me as a person, it is annoying to have it this way but that’s how it goes.” As the season progresses, it looks like a battle between Hamilton and Bottas to decide the 2019 F1 world champion.

For Harry 💪 This brave, inspiring young man was diagnosed with cancer in August 2018 and he’s not stopped fighting since!