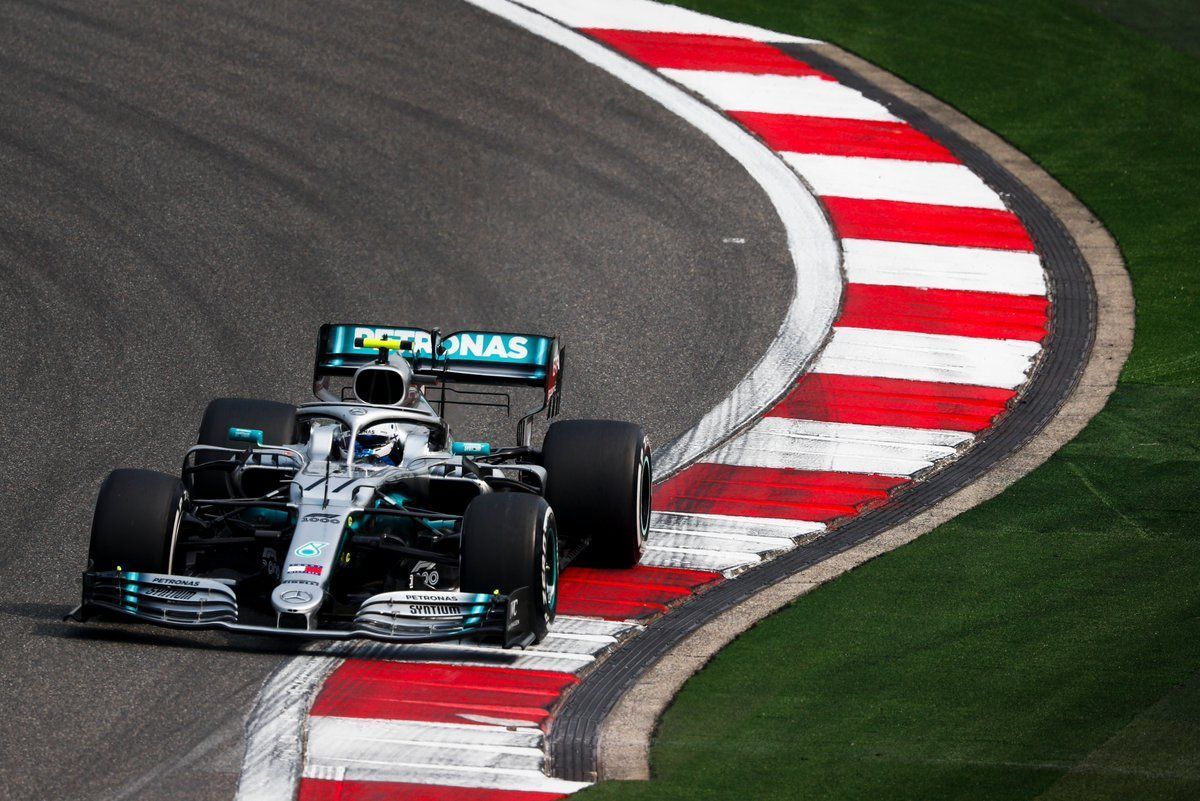 Ferrari almost got it wrong in terms of their strategy with Charles Leclerc having to go for another attempt to be safe into Q2. He ended up second in a Mercedes sandwich with Valtteri Bottas ahead and Lewis Hamilton behind.

With Toro Rosso’s Alexander Albon out of action due to his heavy FP3 shunt, the field was down to 19 cars. There was a problem for Alfa Romeo Racing’s Antonio Giovinazzi as well with the Italian not able to set a lap time after two laps.

The Top 2 teams played the strategy game in the second part of Chinese GP qualifying with both Ferrari and Mercedes drivers opting to use medium compound to start the grand prix on Sunday as Bottas headed Sebastian Vettel and Leclerc provisionally.

Alfa Romeo Racing’s Kimi Raikkonen also missed out a Top 10 slot for the first time in 53 races with the Finn only managing 13th ahead of the two McLaren of Carlos Sainz (1m33.523s) and Lando Norris (1m33.967s).

The final session got tasty between the two Mercedes drivers with Bottas (1m31.563s) taking provisional pole by just 0.007s from Hamilton (1m31.570s) as they pushed Vettel (1m32.001s) to third with Red Bull Racing’s Max Verstappen dropping Leclec to fourth.

It was neck and neck in the final run with Hamilton quickest in Sector 1 but Bottas eked out a quicker time in Sector 2 to just get marginally ahead and clock a 1m31.547s lap to score his first pole of the 2019 F1 season in Chinese GP to lead a Mercedes 1-2.

Hamilton couldn’t improve further to lose pole by 0.023s in the end with Vettel (1m31.848s) improving on his time to be third from Leclerc (1m31.865s). Replays showed Vettel carving his way through traffic to get track position – enough to upset Verstappen.

The  Dutchman was livid on radio as he let the two Renault pass through but he indirectly impeded teammate Pierre Gasly, who was caught out by him in the final corner. Verstappen (1m32.089s) ended up fifth with Gasly (1m32.930s) in sixth.

Renault’s Daniel Ricciardo (1m32.958s) got the better of Nico Hulkenberg (1m32.962s) to be seventh as the French outfit beat the two Haas drivers who did venture out but neither set a lap time with Kevin Magnussen ahead of Romain Grosjean.

Check out what happened in Chinese GP FP1, FP2 and FP3