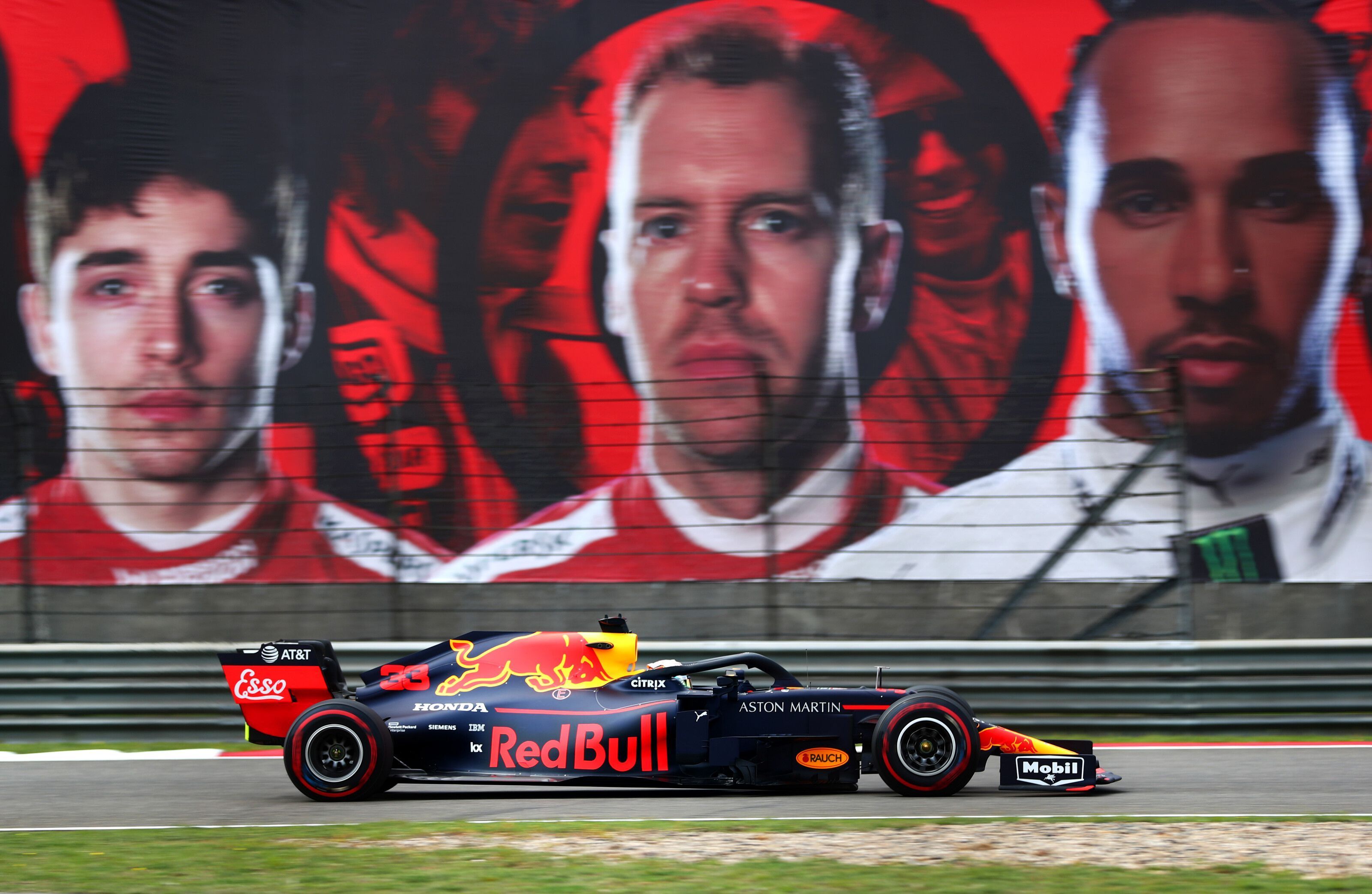 The Friday in Chinese GP to start the F1 1000 weekend had plenty of talking point with Red Bull Racing mixing with top teams while Renault gets upperhand in the midfield.

The first practice had Ferrari showcasing ominous pace with Sebastian Vettel and Charles Leclerc going all guns blazing on the medium compound in comparison to Mercedes, who were actually slower on the softest compound available in the weekend.

Even though Mercedes fought back through Valtteri Bottas to edge out Vettel in the second session, the German outfit conceded pace to the Italian rival. Surprisingly, Red Bull Racing found themselves in the mix too especially with Max Verstappen.

“It was quite cold out there, which makes it difficult for the tyres,” said Lewis Hamilton. “I was struggling with the car today, so we’ve got work to do, particularly on my side as Valtteri looked much more comfortable in the car.

“The car has the pace in it to compete at the front, we just need to find the right set-up. It is nice to see how close it is between us, Red Bull and Ferrari.” Bottas concurred with teammate, while he added that he also has some balance issues still.

At the same time, Vettel said: “We still have to do some homework, the picture is a bit similar to Bahrain, where we were competitive. There are some parts of the track where we are very strong and others where we still have to improve.”

His teammate Leclerc missed some running due to cooling issues. In addition, Ferrari had introduced new Control Electronics for the weekend which both the factory team and Haas drivers took it, however, Ferrari decided to revert back to Bahrain spec after the day’s run.

Meanwhile, Red Bull – in particular – Verstappen surprised with third and fourth place finishes despite some rocky moments in the day. Both Mercedes and Ferrari mentioned Red Bull in the fight at the top but it remains to be seen how they do.

“We have a good balance in the car and not too many issues, so I’m pretty happy,” said Verstappen. “Of course there was a question mark coming here after Bahrain but we were all quite confident that if we could solve the issue we would be a lot closer, which I think we have shown.

“The long runs were alright but it is all about managing your tyres over a race distance here, but that’s the same for everyone. Overall, I’m happy with the pace so far and tonight we just need to fine tune the set-up.”

Along with Red Bull, the two Renault drivers looked much better as well with Nico Hulkenberg having various new parts including a brand new MGU-K – the part which has troubled the French manufacturer the most – with Daniel Ricciardo also had a new one.

They were happy with the car where they felt Top 10 with both is a certain possibility while as usual some more work is still to do. Like Renault, the two McLaren drivers seemed well paced too with their fine one-lap performance.

The general notion was the same with work still to do in their race pace considering the competition. The team is supremely helped with the lack of performance from Haas and Racing Point while Toro Rosso and Alfa Romeo Racing find their feet.

In fact, it was quite a tough run for both Haas and Racing Point. The American team seems to be struggling with race pace after Bahrain plus they had some bits coming off in the sessions too, something which has happened with them often in recent times.

“It hasn’t been an easy day,” said Romain Grosjean. “It wasn’t so easy in the afternoon with the issue on the front-wing on the low fuel run. There’s still some work we need to do, especially in race configuration.”

Over at Racing Point, while Lance Stroll looked better, Sergio Perez lamented changing set-up in the afternoon which severely hampered his feelings – but the Mexican felt it was better to get that set-up away in FP2 as he knows what not to do.

Looking at Toro Rosso and Alfa Romeo, it was a mixed day for their drivers. While Alexander Albon managed to get through the programme with as much laps, Daniil Kvyat‘s run was hindered due to precautionary engine change by Honda.

Alfa Romeo‘s Antonio Giovinazzi had the engine issue in FP1 when the team made a mistake in fitting his engine which resulted in power loss and the Italian missing whole of the session. He ran well in FP2 but was hampered due to less running.