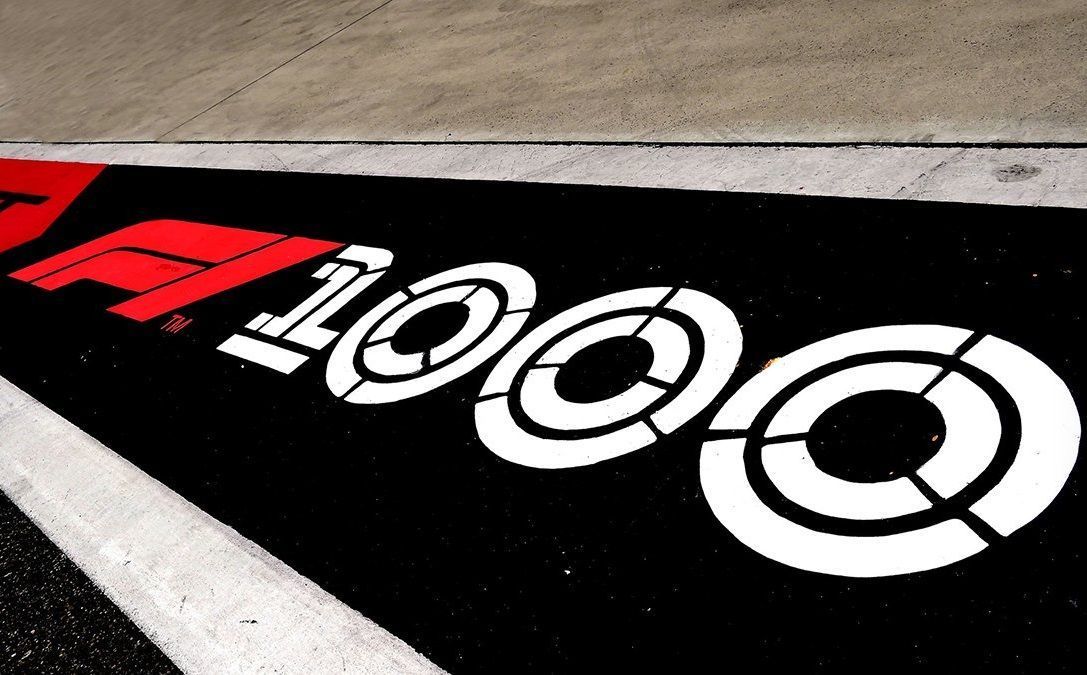 With the Chinese GP weekend being the 1000th F1 world championship race, several teams and drivers will sport a special design for the grand prix.

While the debate around the F1 1000 figure continues on – whether it is or not – the fact remains that the sport will be celebrating the historic achievement during this weekend’s Chinese GP at Shanghai International Circuit.

Liberty Media wants to make something big out of it as the celebrations kicks-off with 2019 F1 season’s first Fan Festival event in the city of Shanghai with several attractions including Renault’s Guanyu Zhou and W Series’ Jessica Hawkins in roadshow action.

A poster, designed by Automobilist, was also revealed earlier in the year – the official presentation will take place at the circuit on Friday near the Pirelli hospitality. FormulaRapida.net’s Darshan Chokhani has the ‘Race Day’ poster in his possession.

Meanwhile, the teams and drivers will participate in the celebrations too with special helmet and livery designs. Although not all have opted for a complete change in their designs with some just using a simple F1 1000 logo.

Haas F1 Team’s Romain Grosjean was one of the first to reveal a special helmet design which he showcased again at Shanghai. The Renault drivers Daniel Ricciardo and Nico Hulkenberg revealed their designs as well at the circuit.

Ricciardo’s helmet design seems like a tribute to Sir Jack Brabham. In another tribute, Williams’ George Russell went for a half-design where one half carries his usual 2019 design, while the other half is inspired from Juan Pablo Montoya.

Toro Rosso’s Alexander Albon also wanted to show his support to the only other Thai F1 racer Prince Bira through his helmet which also carried the F1 1000 logo. At the same time, Red Bull Racing go retro too with Mobil 1 also celebrating 1000 races.

Racing Point’s Sergio Perez had just a F1 1000 logo on his helmet but the Mexican confirmed his move to Bell from Schuberth from China onward. Meanwhile, few days back F1 revealed a special Carbon champagne bottle for the podium celebrations.

Most other teams and drivers have gone for just the sticker of the logo on their cars and helmets. F1’s presenter Will Buxton’s microphone had the logo as well. Meanwhile, Kimi Raikkonen wanted to go old-school but was turned down.

“I wanted to have an open-face helmet but there were some regulation issues,” he said.”

More photos/links to be added when available