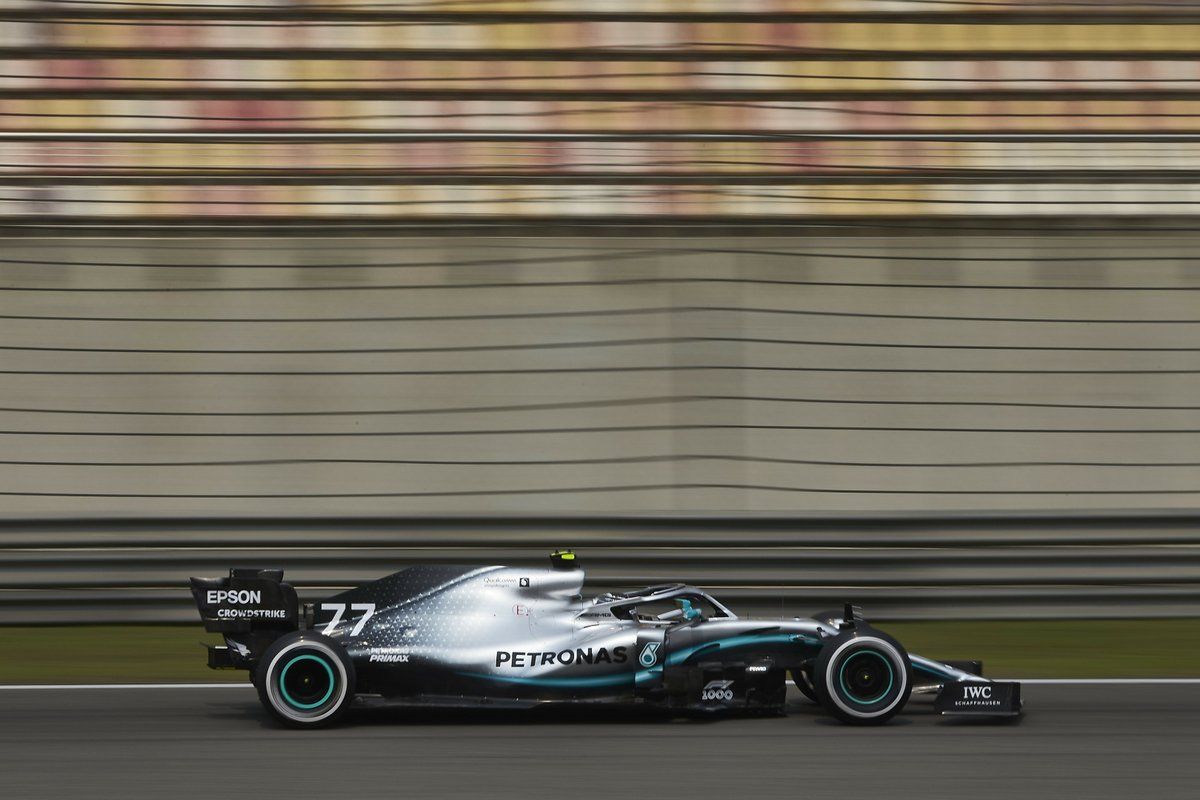 Bottas set a 1m32.860s to end FP3 on top in F1 Chinese GP as the Finn kept Mercedes ahead when a red flag ended the session early by nearly six minutes after a heavy shunt for Toro Rosso’s Alexander Albon in the final corner.

The Finn managed to beat the Ferrari duo with Vettel (1m33.222s) in second and Leclerc (1m33.248s) third. The German though went wide on his quick lap on the soft compound in the final lap which cost him few tenths to go quicker than his set time.

While Bottas set the pace, teammate Lewis Hamilton (1m33.689s) had a tough time to be only fourth after couple of mistakes on his quick lap. It was a good show outside the Top 4 from Renault’s Nico Hulkenberg (1m33.974s) in fifth.

He headed Alfa Romeo Racing’s Kimi Raikkonen (1m34.246s) with Red Bull Racing’s Max Verstappen (1m34.447s) only seventh after the Dutchman couldn’t do another quick lap due to an early end. McLaren’s Carlos Sainz (1m34.510s) was eighth from Albon.

The Thai racer had set a solid time of 1m34.600s and was looking to improve on his final lap when he crashed out. Coming in hot, Albon skidded onto the astro-turf and lost control to hit the barriers hard – it is unlikely that his car will be prepared in time for qualifying.

Despite the hit, Albon managed to finish ahead of Daniil Kvyat (1m34.783s) with the Russian completing the Top 10 as McLaren’s Lando Norris (1m34.938s) just missed on the slot in 11th. The British also had a sketchy moment in the final corner.

The Frenchman’s quick time was registered on the medium compound. Between Ricciardo and Gasly was Racing Point’s Lance Stroll (1m35.223s) in 13th. After issues on Friday, Alfa Romeo’s Antonio Giovinazzi (1m35.726s) had a better run in 16th.

Check out what happened in Chinese GP FP1 and FP2