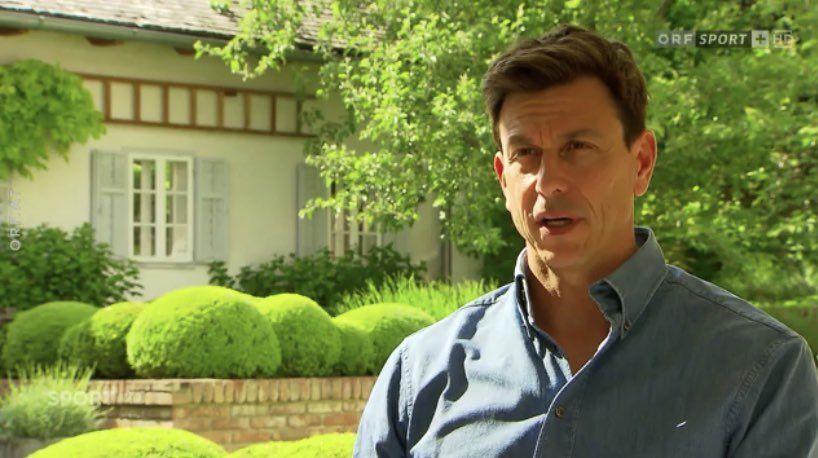 Toto Wolff has opened up on the Mercedes line-up situation beyond 2020 F1 season plus adds on his own negotiations, Aston Martin and more.

Following the announcements from Ferrari, Renault and McLaren, whereby Sebastian Vettel has no seat while Carlos Sainz as moved to the former and Daniel Ricciardo to the latter, all eyes is on the likes of Mercedes, regarding its F1 line-up beyond 2020.

At the moment, neither Lewis Hamilton and nor Valtteri Bottas has a contract, while affiliates Esteban Ocon and George Russell are for now safe at Renault and Williams. But with Vettel in the market, things can change albeit with a minimal chance.

Even though Wolff has been positive about the Vettel situation by not counting him out, the idea of the pairing of two world champions could only be a thought. The Austrian spoke about the matter with Austria news publication, ORF.

He also added on the choice with Russell but cautioned that they wouldn’t want to announce anything anytime soon as they wish to continue working on 2020 for now. “It is somewhat difficult to manage if you have an entire season with a driver who will be driving for a rival team next year,” said Wolff to ORF.

“What do you do with all your innovations and with all the learning you have with the car throughout the year. What if that driver possibly uses it against you next year. And that’s why all the teams that have announced the driver change quickly are in a difficult situation that we don’t want to put ourselves into.

“Of course, a German driver in a German car might be a good marketing story but we are primarily focused on performance. Sebastian is someone who is really good, but it’s also about pursuing a long-term strategy, which we always have done over the past few years, and that’s where we are somewhat on the long leash of Mercedes.

“They let us make our decisions. On the other hand, for us, the question arises of what we do with George Russell. That is an option. Then there is also a Sebastian Vettel variant. But this is not the very first agenda because we are looking at each other have to focus on our own driver squad.

“Sebastian has everything under control. He can decide for himself whether he wants to quit or stay with another team. There are still some interesting places,” summed up Wolff. It looks like Hamilton will stay on but question remains about Bottas.

With everyone pushing youngsters, Mercedes maybe inclined to do the same with Russell, but only time will tell. At the same time, Bottas is pushing for a contract for more than one year as in the previous cases, he has only had one year extensions.

While the driver line-up is being looked at, Wolff is also negotiating his own future, which has come under a scanner due to his personal investment in Aston Martin – although it is not related to the to-be F1 team from the 2021 F1 season.

“Aston Martin is a pure financial investment, just as I have always done,” said Wolff. “I believe in the brand and believe in a long-term strategy that may or may not prove to be true over several years. But it is actually a diversification of investments, it has nothing to do with my operational activities.

“I am together, now without Niki, alone with Mercedes as a shareholder of the team and it’s not only about whether I extend my contract as a team principal but about what we do with the company and that is what we are discussing right now,” summed up Wolff.