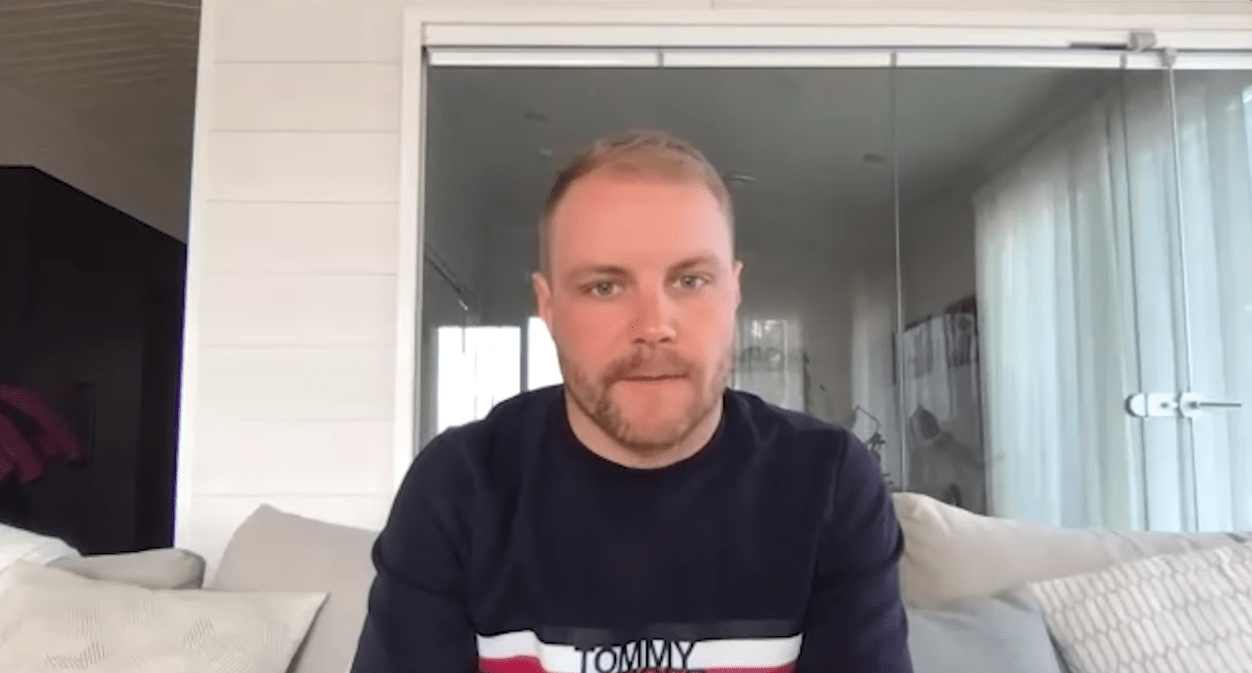 Mercedes’ Valtteri Bottas appeared on both ‘In Conversation With’ and ‘Deep Dive’ episodes where he discussed on his motivation, fitness, W11, love for F1 and more.

For the second consecutive episode of what was a dormant series prior to last week, Bottas spoke on ‘In Conversation With’ of Mercedes, where the first topic was the duration of his stay outside of the car, which has been the longest since he burst onto F1 with Williams.

The Finn also answered an inquiry regarding what the Melbourne weekend was like for himself and the other drivers. Having discussed what it was like to have not gotten behind the wheel for a long time, Bottas went on to chat about what it’s been like without his trainer, who he’s worked with for a considerable amount of time.

Keeping on the topic of general fitness, Bottas opined on his virtual bike racing activities. He also hinted that, with his full simulator from Mercedes, he may join the ESports racing currently taking place, which includes the F1 Virtual GP.

Returning to chats about real-world sport, and also real-world racing, Bottas talked about the athletic competitions he is most looking forward to the return of. Perhaps unsurprisingly, ice hockey was high up on the list. The Finnish driver also gave his two cents on the potential of closed-door racing – a format that the season will start with.

After this, there was a brief conversation about his experience driving Sir Stirling Moss’ race-winning Mercedes at Goodwood, and some banter about various Finnish dishes, as well as some more serious chitter-chatter related to this time of reflection for him.

Speaking about the Mercedes W11 – the 2020 F1 car – Bottas compared it to its predecessor and recounted the experience of driving it initially and doing longer runs at Barcelona during pre-season testing back in February.

Here’s Bottas on ‘In Conversation With’:

While that video concluded shortly after that topic was discussed, the 30-year-old’s media campaign on the team’s varying platforms raged on, as he once again made an appearance, this time on the ‘Deep Dive’ series, which last had Geoff Willis as the guest.

As the title of the episode suggested, the main focus was motivation, and this was clear from the get-go, with Bottas explaining what he’s doing in this time to stay stimulated in his bid to succeed in the upcoming season, as well as what his initial targets were for 2020.

Interestingly, Bottas partially credited his uber-fit Olympic girlfriend with whom his lives current, with some of the success of his fitness regimen, as he noted that watching her exercise pushes him to also put in the effort.

Moving away from his current life and career, Bottas told of how he found motivation and was driven to succeed when he was at Williams – an environment where wins, poles, podiums, and other achievements of the sort were few and far between.

Going deeper, Bottas spoke about what personally drives him, and whether the need to win is just part of his being, or something different. He also added how he motivates himself even in the season when things move so fast and the burning desire to get going again may be absent.

On a lighter note, the Finnish driver revealed some of the things that he likes least about being a driver. These things were not so much surprising as they were insightful, as he opened up on the sacrifices he had to make to get the job and has to continue to make, as well as the sometimes-undesirable fame it brings him.

Hypothesizing, Bottas discussed whether he’d be in the job he has had money not been a benefit. Interestingly, he said that his motivation lies in the competition, and not the extra money the gig brings.

Fittingly, the final thing to be talked upon was when he’ll know that it’s time to retire. Bottas brushed this off, and added that his appreciation for F1 is at its peak right now due to how distant he is from it with COVID-19 still raging on.

Here’s James Allison on In Conversation With