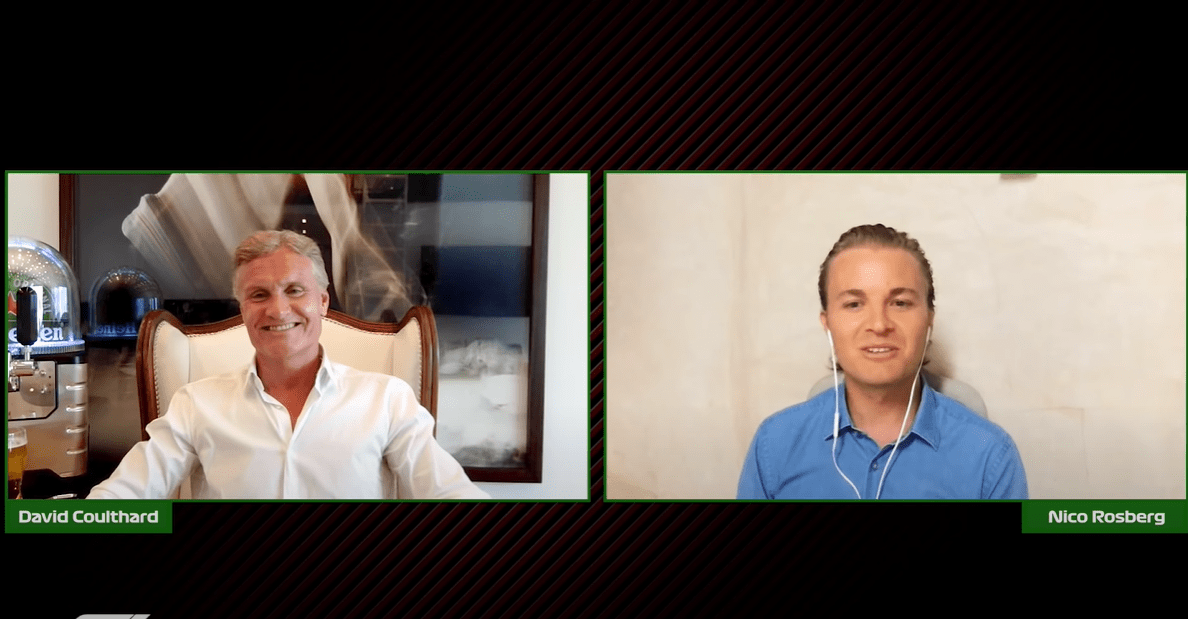 With the sport affected by COVID-19 pandemic, it is finding new ways to reach to fans and a new show F1 Unscripted has been launched with the first episode featuring 2016 champion Rosberg being interviewed by Coulthard and presented by Heineken.

It is one way of utilising sponsors in downtime – not the same as with grand prix racing on – as F1 is already doing it with DHL Motorsports and Pirelli Motorsport with rewind races every weekend and Aramco being featured on Virtual GP racing.

In a 20 minutes chat, Coulthard opened up the episode by discussing about the early days of Rosberg, being born as a son of a F1 champion driver. The two talked about the influence of Keke in the life of the German and how much he helped him to be what he is.

From there, they switched onto Schumacher, who was his teammate at Mercedes when the German returned to F1. They discussed about how the seven-time champion played psychological games with his rivals and even teammates, which came natural to him.

From Schumacher, they quickly moved to Hamilton, with whom he had a fierce fight. He acknowledged that the friendship did go down and it all started from 2014 onward. He hinted on the untold stories from the Bahrain GP duel and in general.

He did not go in-depth as he kept it for 20-30 years later as they looked at some incidents from their rivalry and the eventual moment of Rosberg winning the 2016 F1 title. He recalled the decision to retire and how it instinctively came to him.

From there, Coulthard jumped to the life Rosberg is living now as he looks to promote sustainable measures to have a better future for himself and everyone around him. In the meantime, Coulthard also opened up on Mika Hakkinen and Kimi Raikkonen.

Here’s the link to the video: https://www.youtube.com/watch?v=euG5Ml_IiA8

Here’s the first interview of Lewis Hamilton in pandemic