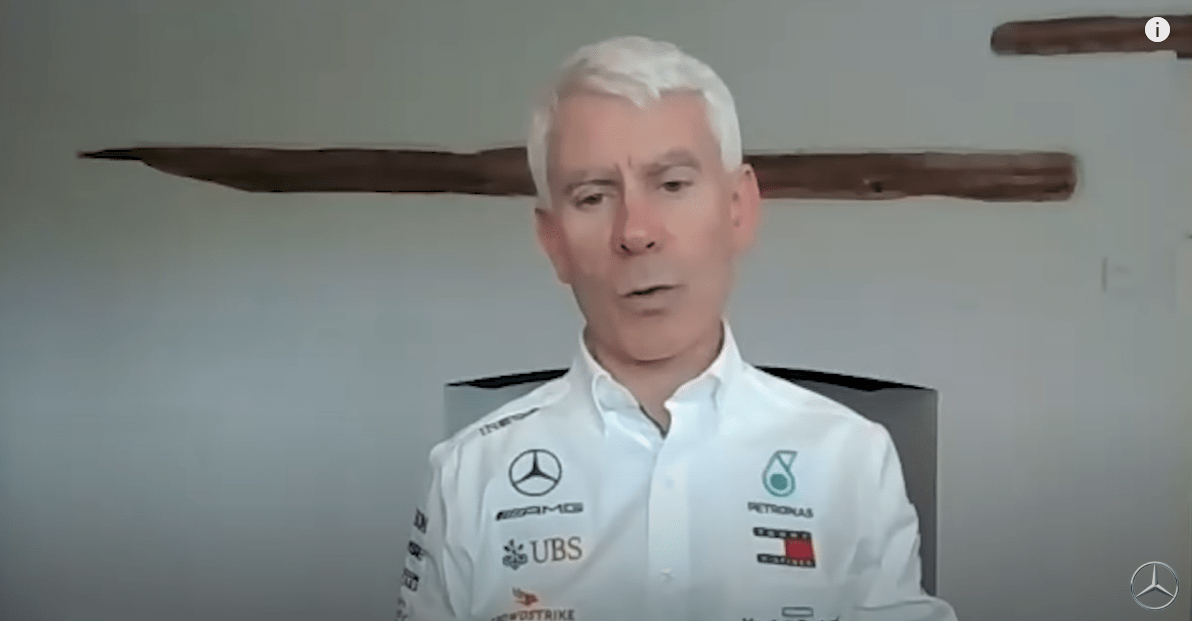 The latest episode of Mercedes lockdown series ‘Deep Dive’ saw Geoff Willis feature in it, as he told viewers about a host of things.

The theme on the third episode of the Mercedes-run Deep Dive series – which starred Willis, the outfit’s Director of Commercial Engineering – put an emphasis on the importance of F1 outside the confines of the race track.

The 17-minute installment was aptly named ‘Geoff Willis: Why does F1 matter?’, and began with the all-important question about how the sport filters into the lives of normal people. Willis pointed out that the competition of F1 drives people to innovate and problem-solve, which – evidently – is beneficial for humanity.

Continuing with the topic of innovation and cutting-edge technology, the Brit told of the journey Mercedes went through while developing the hybrid system for their F1 car, and, while it was unprompted, he also provided insight into the sort of gains they’ve made in this department over the last ten years, and explained where he sees the system going in the future.

Willis suggested that the next step on this road was changing chassis and bodywork regulations to create maximum efficiency that can be achieved from a turbo-hybrid power unit. In the long run, he said that there will likely come a point where F1 has to become an electric series, with all four wheels being driven.

He said that he sees road cars following a similar trajectory. Speaking about the growth in data transfer within F1 of late, Willis told of the thousands of channels that are used by teams, compared to the dozens that would have been used in the 1990s. He also detailed some differences between how data is used, and what areas it is collected on.

This led to an appropriately in-depth discussion about machine learning and artificial intelligence. Willis revealed that Mercedes is currently attempting to use AI to create race strategies, which is proving difficult, but feels, it is important to try.

Moving away from the innovative side, the topic switched to that of a more personal nature, as the 60-year-old opened up about how he manages the team’s projects and keeps all parties motivated.