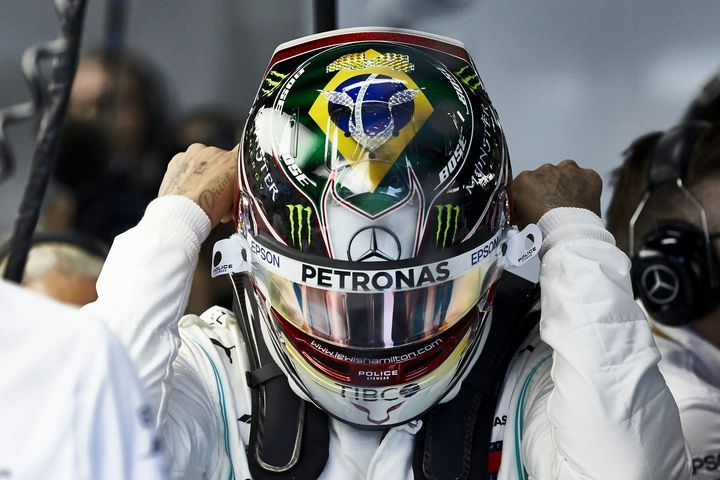 Mercedes’ Lewis Hamilton has pushed for support on his Instagram story addressing the passing of George Floyd from people of his F1 industry.

The death of Floyd at the hands of a police officer has sparked protests all across the world, and particularly in the United States of America, where demonstrators in cities have taken to the streets to show their immense displeasure with the situation.

On top of the protests on the ground, countless celebrities – including the likes of NASCAR’s Bubba Wallace and Daniel Suarez – have used their platforms to achieve the same. On the F1 side, Hamilton has spoken up, who is never afraid to express himself online.

He has been vocal on Instagram Story ever since the incident as the passionate Brit criticised his fellow F1 figureheads – most of whom are, as Hamilton noted, white – with their lack of vocalization on the sensitive topic.

“I see those of you who are staying silent, some of you the biggest stars, yet you stay silent in the midst of injustice,” wrote Hamilton. “Not a sign from anybody in my industry, which of course is a white-dominated sport.

“I’m one of the only people of colour there yet I stand alone. I would have thought by now you would see why this happens and say something about it, but you can’t stand alongside us. Just know I know who you are, and I can see you.

“I do not stand with those looting and burning buildings but those who are protesting peacefully. There can be no peace until our so-called leaders make change. This is not just America, this is the UK, this is Spain, this is Italy, and all over.

“The way minorities are treated all over has to change, how you educate those in your country of equality, racism, classism and that we are all the same! We are not born with racism and hate in our hearts, it is taught by those we look up to.”

How did other drivers respond?

While he may not have happened to see the post, McLaren F1 driver and fellow Brit, Lando Norris, joined in to lend support, albeit with a degree of subtly, as he tagged the famous ‘Black Lives Matter’ hashtag on his Twitch stream.

Norris was told about Hamilton’s message live on his Twitch – where he is playing Call of Duty (at the time of writing the story), where he urged those who were watching to sign the related petition named ‘BLM’, to lend support to the movement.

“To be completely honest, I felt out of place and uncomfortable sharing my thoughts on social media about the whole situation and this is why I haven’t express myself earlier than today,” wrote Leclerc. “And I was completely wrong.

“I still struggle to find the words to describe the atrocity of some videos I’ve seen on Internet. Racism needs to be met with actions, not silence. Please be actively participating, engaging and encouraging others to spread awareness.

“It is our responsibilities to speak out against injustice. Don’t be silent. I stand #BlackLivesMatters.” Meanwhile, Ricciardo, stated: “Seeing the news the last few days has left me saddened, what happened to George Floyd and what continues to happen in today’s society is a disgrace. Now more than ever we need to stand together, unified together.

“Racism is toxic and needs to be addressed not with violence or silence but with unity and action. We need to stand up, we need to be a WE. Let’s be better people. It’s 2020 ffs. Black lives matter.”

The growing messages in support of Hamilton continued with Williams’ George Russell and McLaren’s Carlos Sainz also joining in. We all have a voice to speak up for what’s right – and until now I didn’t know how to use mine in this situation,” said the Brit.

“To echo Charles Leclerc ‘s words, I just felt out of place sharing my thoughts on these atrocities publicly. I struggle to comprehend what I’m seeing in the news and on social media right now – and honestly, I still can’t find the words to express how it makes me feel.

“But ultimately, no matter how uncomfortable it may be to speak out, silence achieves nothing. Now more than ever, we need peace and equality in this world. It’s time we all stand together and kick racism out of our societies for good.

“Use your voice, spread awareness as far as you can. We’re all responsible for ending the injustice.” Additionally, Red Bull Racing’s Alexander Albon, Alfa Romeo Racing’s Antonio Giovinazzi and Haas’ Kevin Magnussen also chipped in with support towards Hamilton.

Fino a quando crederemo che le nostre differenze ci rendano superiori o inferiori l'uno all'altro, continueremo a vivere nell'ingiustizia.
.
As long as we believe that our differences make us superior or inferior, we won’t live in a just world.

This has to stop😔 #JusticeForGeorgeFloyd #BlackLivesMatter pic.twitter.com/kxrBL2Oky7

To the ones that believe we’re trying to throw black vs white at them.. open your eyes..😤

Here’s Mercedes race engineers on In Conversation With