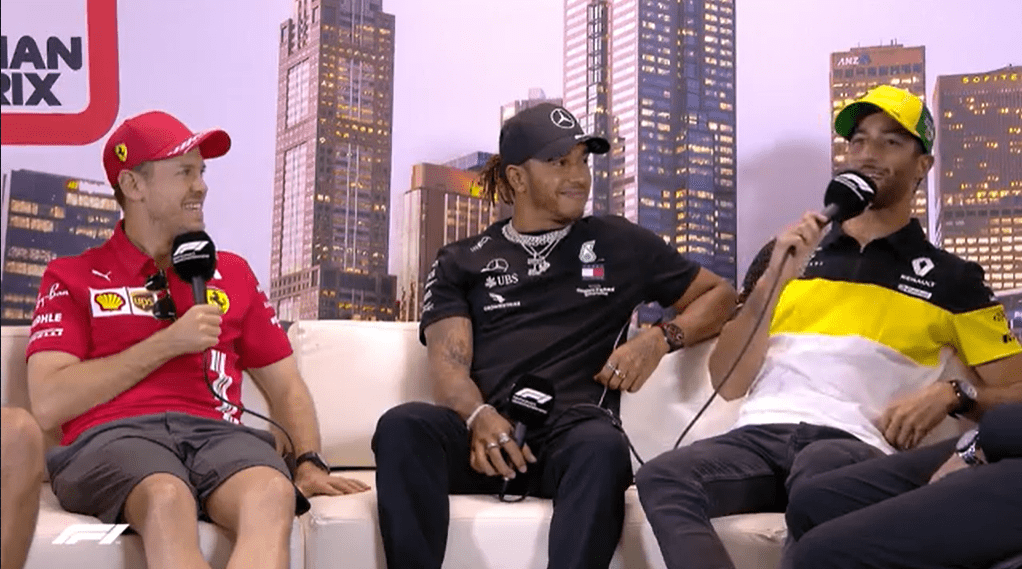 Renault’s Daniel Ricciardo is the latest F1 entrant in the Forbes Highest-Paid Athletes list for 2020 – from his earnings in 2019 – as he joins Mercedes’ Lewis Hamilton and Ferrari’s Sebastian Vettel.

The annual list from Forbes continues to feature Hamilton and Vettel, who were part of the Top 100 list last year as well, but has a new addition in the form of Ricciardo – after his much fancied move to Renault from Red Bull Racing in 2019.

Hamilton stayed 13th on the list, with a total of $54 million earnings – a drop of $1 million from last year. The drop came from his salary which accumulated to $42 million from $45 million last year. His endorsement value increased to $12 million from $10 million.

Moving on to Vettel, he dropped further to 32nd from 30th on the list, with a drop in his earnings to be $36.3 million from the $40 million last year. His endorsement value remained the same at $0.3 million but salary dropped to $36 million.

For the new F1 entrant, Ricciardo, he stood at 48th on the list, with a total earnings of $29 million. Out of it, $27 million came through his salary, while $2 million through endorsement. This is the first for the Australian to be on the Forbes list.

With his move from Renault to McLaren, it will be to see what changes it brings for Ricciardo. At the same time, the decision of Vettel to leave Ferrari may also hinder his position, while we wait to see the move from Hamilton regarding his future.

As per Forbes, the calculation takes the endorsement income as an estimate of sponsorships, appearance fees and licensing incomes for the 12-month period – which is taken into account on the basis of conversations made with the insiders.

The tax deductions or agents’ fees and investment incomes made by the athletes during the same period are not included in the above calculation. Tennis player Roger Federer took the #1 spot as footballer Lionel Messi dropped to third behind Cristiano Ronaldo.