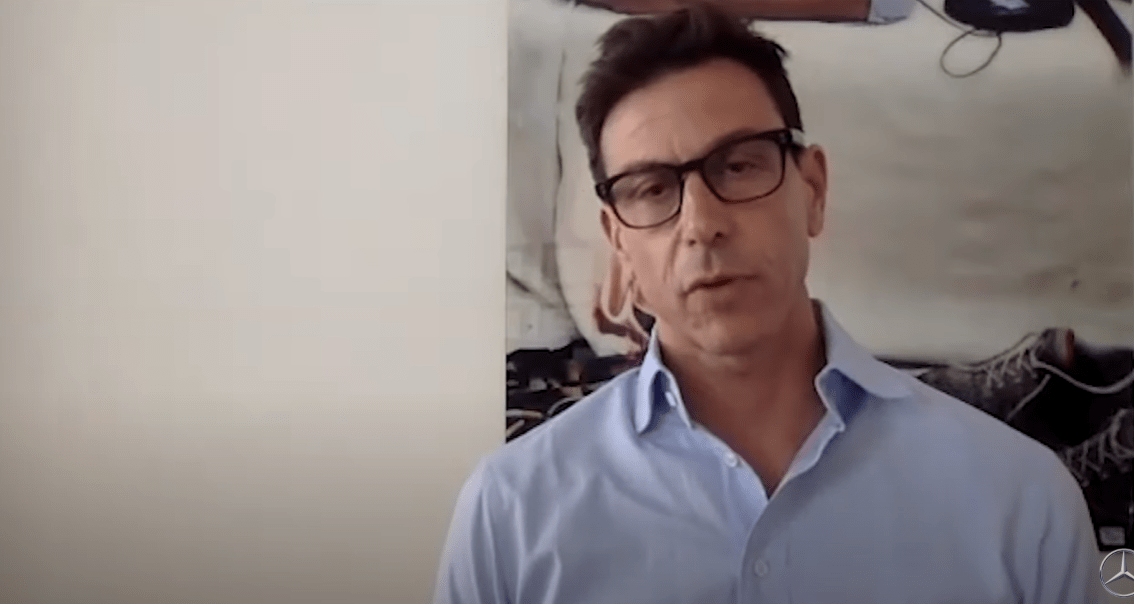 Sporting a fresh haircut, Toto Wolff appeared on the new episode of ‘In Conversation With’ talking about F1 2020, Lewis Hamilton, Mercedes work and more.

For this week’s installment of Mercedes’ ‘In Conversation With’ episode, they drew a guest from the top of the food chain – Wolff – to discuss various topics. The first thing in order to be chatted about was where Austrian’s love of motorsport stems from.

Interestingly, Wolff shared that his interest came from his friend competing in Formula 3, and him going to see his races on occasion. This led to a chat about his eventual short-lived racing career, how he approached celebration in competition, and how the coronavirus has affected his current views on how he attacks his work/family time balance.

In accordance with the timeline of his adult life, Wolff then spoke on why he initially invested in Williams – a move that ultimately saw him rise to power in F1 – and how this situation progressed. He also told of how he became Valtteri Bottas’ manager.

They then discussed how he met Hamilton, which was way back in 2004, even though they had raced at the same track on the same weekend back in 2002, this being something Wolff was unaware of prior to the interview. He also heard about his wife Susie then.

On a relevant note, Wolff also provided insight into the inner-workings of the F1 driver market, telling of how deals are struck, how drivers are analysed and assessed as potential candidates, as well as some of the criteria, which is naturally different team-by-team.

There was also the now-obligatory question of how Mercedes will be returning to racing, presumably in a few weeks’ time, with retrofitted facilities, and more. Wolff feels it will be a proud moment if F1 can return to racing in his home country in Austria.

Here’s the full video of the conversation: