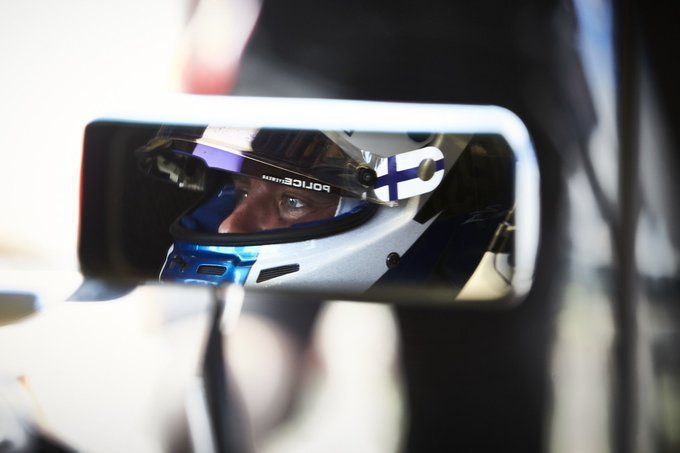 Mercedes’ Toto Wolff has detailed on the timeline for a decision on Valtteri Bottas regarding the 2020 F1 season and also adds on Esteban Ocon’s future.

Much has been said about Mercedes line-up for the 2020 F1 season as they ponder between Bottas and Ocon to alongside Lewis Hamilton. At one point, Red Bull Racing’s Max Verstappen’s name was also put in the box but it is highly unlikely to happen.

The toss-up remains between Bottas and Ocon as it looks like the former will be retained. While not going into the details, Wolff said the decision is likely to be taken by August during the F1 summer break but may not be announced straightaway.

“We want to end the season before the shutdown in a good place and put in two solid performances in Hockenheim and Budapest and then spend some time thinking about driver line-up for 2020 and beyond,” said Wolff.

“I guess it’s pretty unusual to announce drivers in July anyway. If you want to take all the time you properly need to assess you can even drag it into the winter, like we have seen in some other teams and which was the standard in the past.

“For us it’s not only about making the right decision for next year, it’s about looking ahead. And this is why we agreed that we will take the decision in August going forwards. But that doesn’t necessarily mean we will announce it in August.”

When asked about Bottas’ performances, he added: “From my point of view, the performances in qualifying are really strong. Having an almost balanced record against Lewis is something to be proud of and shows that he has made a step-up from last year.

“Racing, again, is a different exercise. I think this year’s theme is all about keeping the car and the tyres in the sweet spot. That means you maybe need to drive the car in a different way. He’s getting there. He’s getting better and better.

“We have seen a race in Silverstone where, if the SC had come out in a different way, he would have challenged for the race win. But the ifs don’t count. You need to bring it to the end – but I’m sure we will see Valtteri continue to improve and bring in good race performances.”

While the talk around Bottas continues, the key part in this discussion is also Ocon, who is continuing as a reserve driver for Mercedes after losing his Force India/Racing Point drive. The Frenchman has been linked with various seats already so far.

He was put in the Renault hat alongside Daniel Ricciardo but Nico Hulkenberg says he is likely to remain with the French outfit in 2020. Outside Renault, the seat at Haas seems enticing with the Toro Rosso drive unlikely to happen due to Mercedes tie-up.

The American team maybe looking to have a new driver in but has an affiliation with Ferrari as well. Elsewhere, Williams continues to be an option but with George Russell already there, the Grove-based outfit wouldn’t want itself to become an unofficial b-team as well.

Wolff stressed on his work ethics and indicated loaning him to a other team, in case he is not selected for the 2020 Mercedes seat. “We’re very happy with the development of Esteban and equally George,” said Wolff, when asked. They are our most senior junior drivers and the aim is to make them ready for a seat in a Mercedes.

“And as we all know, it was an unfortunate situation last year that Esteban fell between the chairs. He could have chosen between two seats and in the end nothing came out so from our perspective everybody knows about his driving capabilities. For Mercedes, for ourselves, Valtteri is showing some very strong performances and merits the seat.

“But equally Esteban has shown that in the past and is a great addition to the team. He contributes a lot behind closed doors. He drives the sim overnight on race weekends, comes in here on Saturday and gives us input and he’s a great kid overall. Putting a Mercedes young driver in the car would be interesting as well.

“Having said that, there is interest for Esteban among other teams and we need to carefully make a decision for ourselves and with the other interested parties, not only for our own benefit but also for Esteban’s benefit.

“And if it would mean that we are taking a decision in favour of Valtteri, it clearly also means that somebody else would continue to develop him and would mean that we would lose our hand for a year or two or more on Esteban and these are the consequences of that decision.”

On a lighter note, Wolff spoke about his dream team, which he didn’t reveal but had wise words for plenty of talents on the grid. “I think overall it’s an exciting period because we have strong quality within the F1 grid and you can say that certainly the most experienced – Lewis and Sebastian – merit their place in F1,” he said.

“Lewis is the one to beat, he’s setting the benchmark. Then you have exciting drivers like Max who is coming up, who has shown great ability and has won races and no doubt about his talent. And then there a group of drivers that have shown that they are capable of winning races if they are put in the right car, be it Ricciardo or Bottas.

“And then the fourth group are the exciting young men that are coming up and this is a big group that have definitely come into F1 on merit and it is Esteban and George, Lando, Lance has won the F3 European championship, Albon is a great surprise and is doing well.

“So I think these will be the future superstars in F1 and seeing that panning out between the ones that have been here for a while and these new kids coming up is making F1 very interesting. So to come back to your question: I have definitely a dream team that I have in my mind but I can’t tell you.”