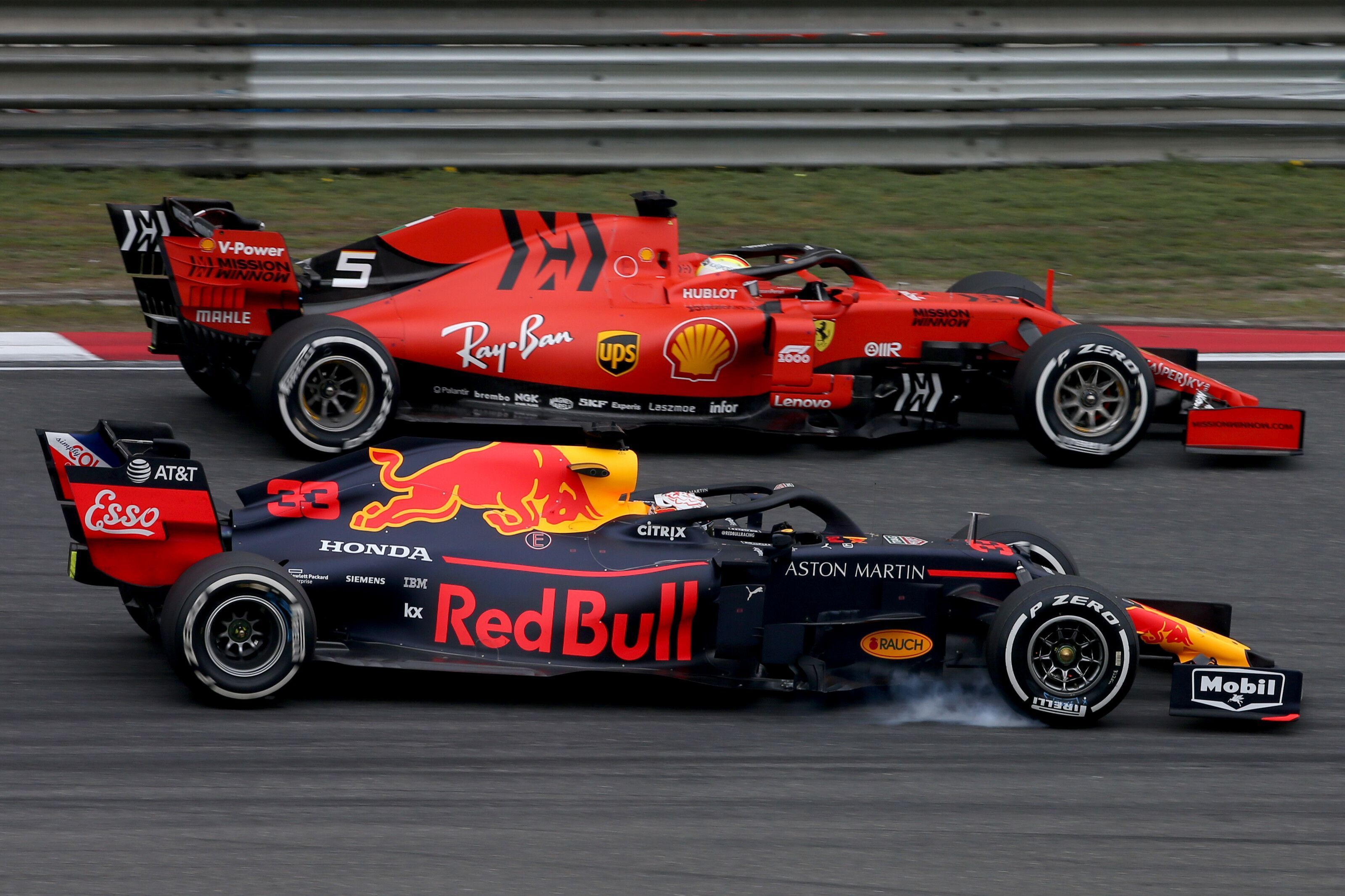 Verstappen and Vettel had a controversial moment on Saturday in F1 1000 weekend’s qualifying session at Shanghai International Circuit when the German seemingly passed the Dutchman as they were preparing for their final lap in Q3.

With all the drivers coming out at the last moment, it meant that some would miss out on getting to the flag to start their flying lap. Vettel realised the issue and hurried past several of his rivals including Verstappen, which made him hugely angry.

The Red Bull racer said he understood what is to be done the next time, while the Ferrari driver defended that the teams should have been pro-active to tell their drivers about the situation. In fact, Vettel said he visited Red Bull team after qualifying.

“I think it’s very clear,” he said. “Obviously, I went to see the Red Bull team after qualifying and they admitted a mistake by not telling Max, so I think he tried to put himself in a good place and he wasn’t aware of the clocking ticking down.”

It so happened that they found each other on track once again in the grand prix on Sunday when Vettel had his first stop to avoid being undercut. The German was slowed down by the McLaren of Lando Norris which played into the hands of Verstappen.

The Dutchman had already passed Charles Leclerc by virtue of undercut but couldn’t get Vettel after Ferrari reacted early in the race for the threat. The two had another moment in the same hairpin where they collided in 2018 and where Vettel passed him in qualifying.

It was Vettel again to come out on top as the German said he knew that Verstappen would do something for which he was prepared, while the Dutchman simply said he enjoyed the duel, even though he couldn’t get through.

“I saw him coming down the inside and I knew that he would try something,” said Vettel. “So, I was already trying to prepare the exit which worked well for me and into sixteen, the last corner, I wasn’t quite sure whether he would come back or not.

“But it probably didn’t make sense for him, so happy to stay ahead and from that point onwards I was able to pull away. The first lap, I think we got a bit unlucky after the stop with the McLaren.

“I wasn’t quite sure what the McLaren was doing and whether and where he would let me past so it allowed Max to be closer than the following laps.” At the same time, Verstappen added: “It was not an easy race but as a team we did a really good job.

“We planned a good strategy to undercut a Ferrari and stay ahead, so we definitely maximised the result to finish fourth ahead of Charles. I had a good battle with Seb when he came out of the pits on colder tyres which was good fun.

“That was my one shot and I tried but after that you could see that we didn’t quite have the pace to fight him to the end. I was pushing really hard and we can be happy with the team result.”

Alexander Albon made the strategy call to score points

Sergio Perez happy but Lance Stroll not after China

Lewis Hamilton happy to get his start right in China