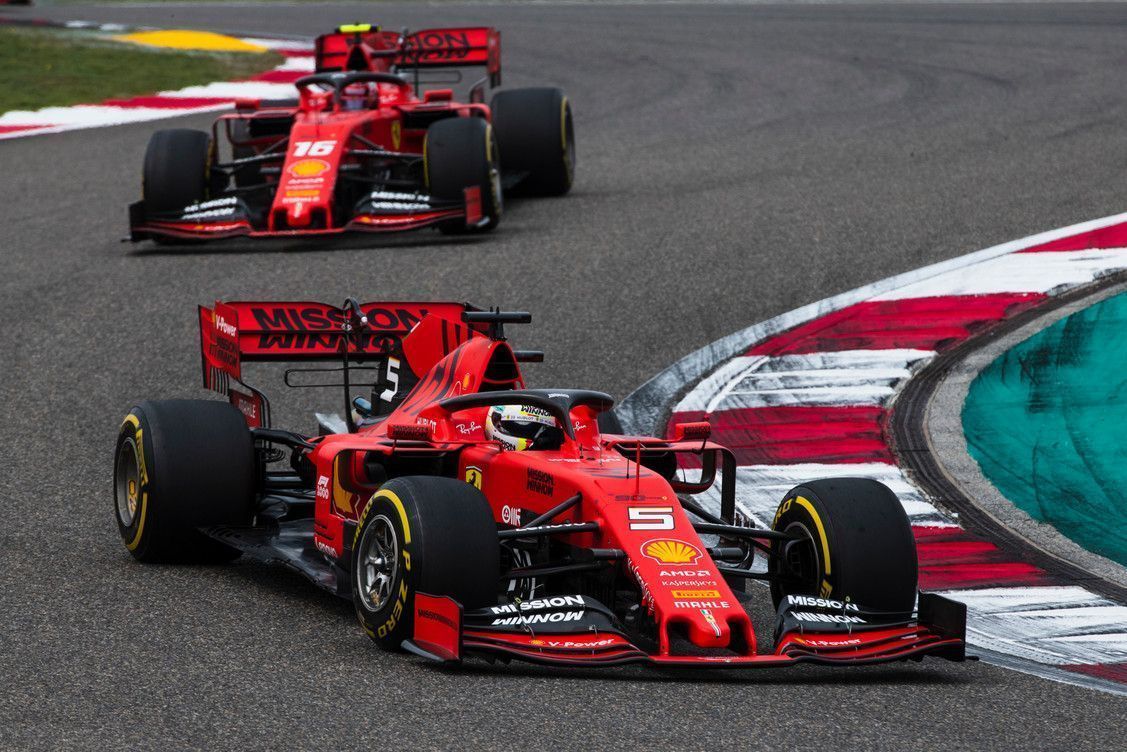 Sebastian Vettel almost refused to answer when asked about the team orders given by Ferrari in F1 Chinese GP as he feels media blows things out of proportion.

Its a common issue between drivers/teams and media these days where quotes are used in a way to make a good headline and draw attention towards a certain website/publication. In the digital age, anyone and everyone has a blog which does stories out of context.

It is not all of them but certainly the list is huge. This is exactly what Vettel portrayed after the Chinese GP in F1 1000 weekend at Shanghai International Circuit. The German already showed displeasure when the Australia and Bahrain calls were blown out of proportion.

Even in China, when Ferrari were looking to get Vettel ahead as the German looked to have a better pace than Charles Leclerc at that point of the race, the four-time champion admitted that he knew such questions will be raised after the grand prix.

Elaborating on the team call, Vettel said he felt he could go quicker than Leclerc – which he did – but he admitted that he struggled to get enough to catch Mercedes. “Let’s put it this way, I knew the moment it was happening that I would have to face these questions.

“Not sure I want to answer because I’m a little bit against the way  you – all of you – work, because you take bits out of answers here and there and put it into the wrong light. So, if you ask me again in half an hour down in the paddock, maybe I give you a straightforward answer and you don’t write it down or record.

“Seems the way that, not maybe all of you but some of you are working. Yeah, I felt I was faster in the car, I was asked if I can go faster. I answered that I felt I can. I was a bit surprised when I was in free air – not surprised but I was struggling a bit to put the laps together.

“Once I found a rhythm, I was able to chip away – but yeah, obviously the objective was to try and catch Mercedes. At the point obviously the gap was already quite big,” he explained. Contrary to all the calls, Vettel was indeed marginally quicker than Leclerc.

Ferrari team principal Mattia Binotto explained the decision on a similar tune while Red Bull Racing’s Max Verstappen also said that the team planned for an undercut. which they successfully achieved with a better pace in the car in Shanghai.

Had Ferrari not called for a switch, both their cars were in a risk to be overtaken by Verstappen as it nearly turned out to be the case when the Dutchman went wheel-to-wheel with Vettel after the first stop, as Leclerc was put on Plan B.

While Ferrari managed to save one car for the podium, the other eventually finished fifth – in this case, it happened to be Leclerc. The Ferrari chief could only feel sorry for the Monegasque but added that things may be in his advantage in latter races.

“It was not to give an advantage to a driver, to the other driver, merely as a team to try whatever we could. Early stage was an important moment of the race. I think if Charles is upset, he’s right to be upset, and we should accept it.

“I think it’s a shame for him, and next time maybe it will be to his advantage.” At the same time, Leclerc took the incident well and stayed away from any silly comments just after the race as he wanted to understand the reasons for the decision.

“I did a good start and the first stint was a little bit messy, obviously you have seen on TV with Seb, I think I need to understand the full picture and speak with the engineers to understand the decision,” said Leclerc to the media.

“I am sure there’s an explanation behind this decision and I would understand it. Anyway, its passed now. It hasn’t been a great race for me but overall the weekend I have not been as strong as I wanted in terms of driving.

“The qualifying was OK but FP1, FP2 and FP3 and also going in the race without any mileage in the high fuel runs was not ideal but we will come back stronger. I need to look at the data and speak with the engineers first to understand.

“I don’t want to make any silly comments before that.” Post-race, Leclerc’s management personnel including Nicolas Todt was seen speaking to Binotto in the paddock as he tried to understand the rationale behind the decision making.