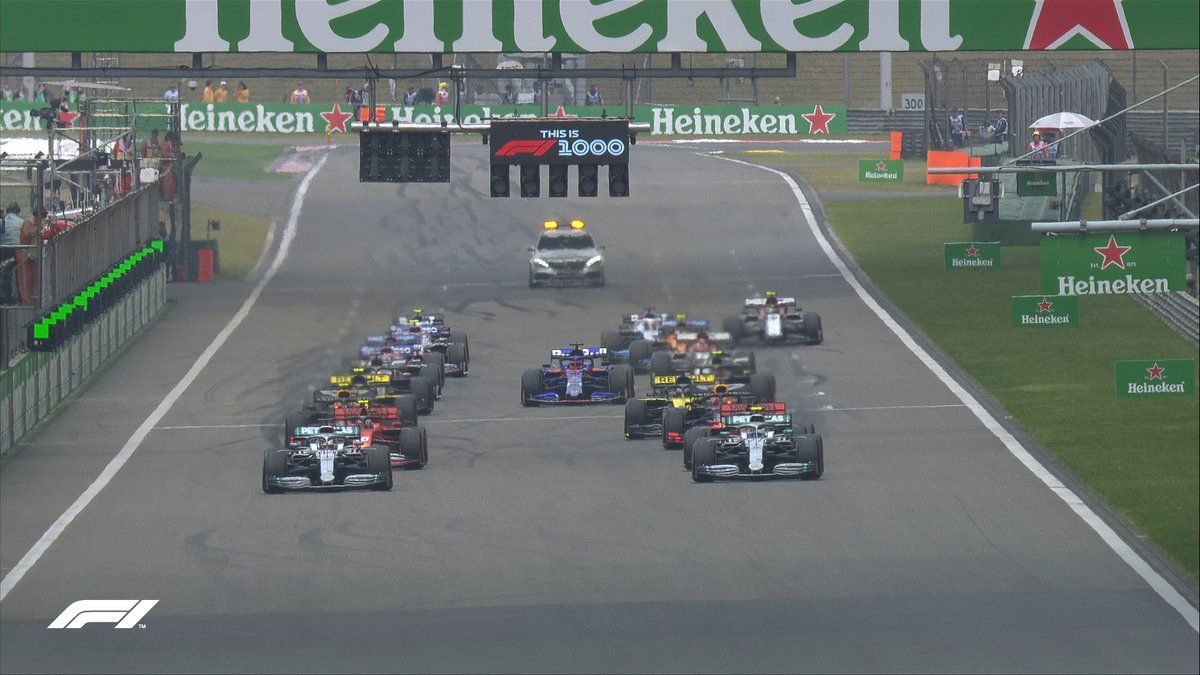 Mercedes’ Valtteri Bottas rues the wheelspin at the start of F1 Chinese GP when Lewis Hamilton took him on which eventually was the difference.

Bottas did well to take pole for the F1 1000 race at the Shanghai International Circuit from Hamilton in a Mercedes 1-2 as they beat the Ferrari duo fair and square. The Finn had the upperhand all weekend from his teammate and he looked good for the grand prix.

But Hamilton had other plans on the race day as the British racer finally got his start right while Bottas got it all wrong which sealed his fate, as Hamilton eased to take his second win of 2019 F1 season and also head the points standings for the first time.

Talking about his start, Bottas rued the thick white line which caught him out even on the formation lap as he got too much wheelspin. It was the same in the actual start which also hindered Ferrari’s Sebastian Vettel, who lost out to Charles Leclerc.

“For the race start, I thought maybe it’s going to be better with warmer tyres but it wasn’t, so once I hit the white line, got the wheelspin, took too long to recover it, lost a few metres of distance, so Lewis got me. That’s how it goes sometimes.

“I think for the first stint Lewis had a pretty strong stint. I was initially close by but obviously when you are behind, you are sliding a bit more, overheating the tyres a bit more. I think after the first stint, the second and third stint were very similar.

“Just about how much you were managing or pushing. So, I think race start was the key – but Lewis did a good job on that. So, that’s how it goes. It’s small details but it’s early days in the season and things are looking good.

“But [looking at the overall picture] I’m really proud for the team. We’ve done three perfect weekends so far, so that’s very good.” The Finn got to pit before Hamilton at the first stop which Mercedes explained that was done to give Hamilton fresher compound to defend.

It did bring him closer to Hamilton in the second stint but the British racer had enough in his tank to pull away. It is early days but the reigning champion has now got six points advantage over Bottas with the two well ahead of Ferrari drivers.