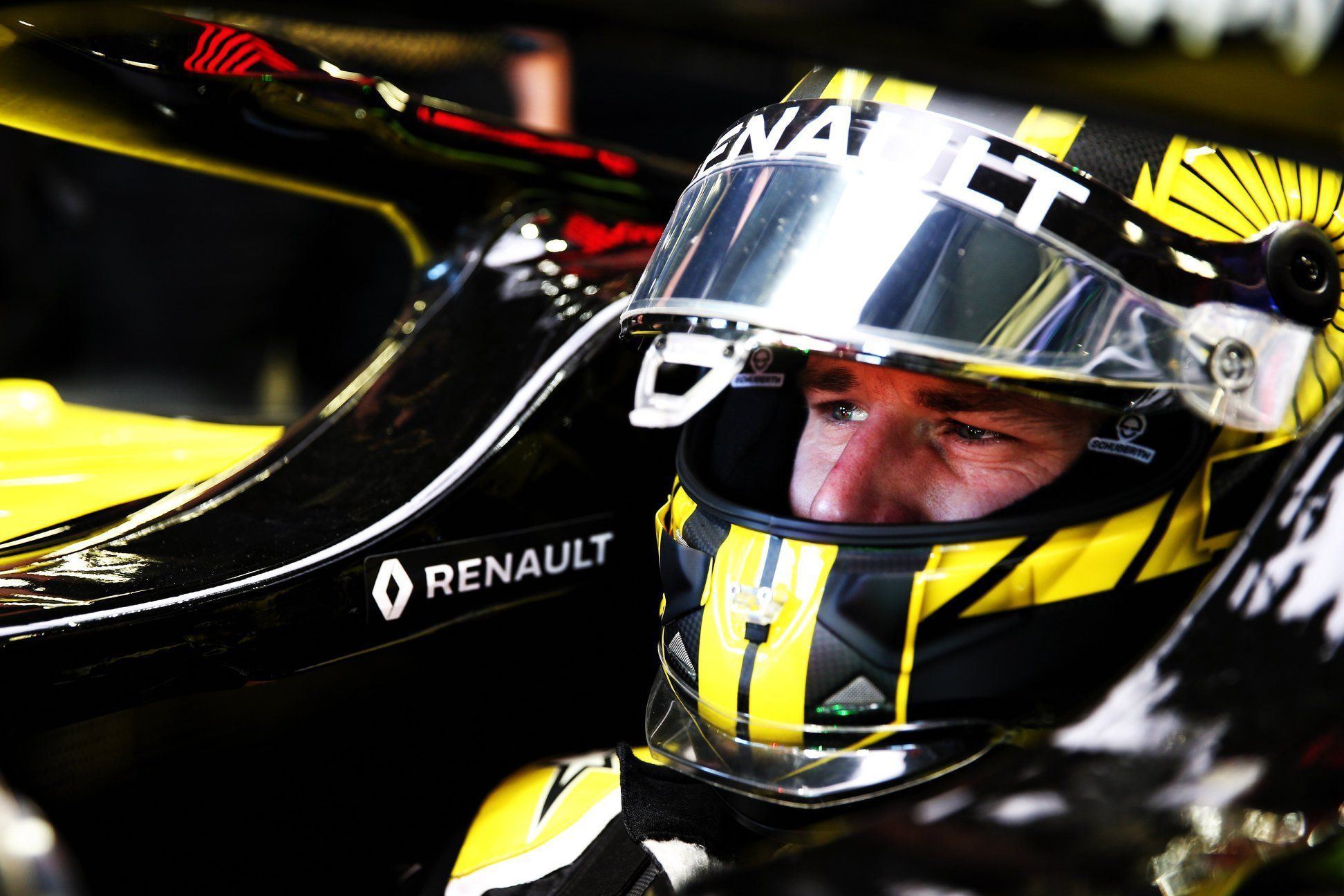 The 14th episode of F1 Beyond The Grid podcast has Renault’s Nico Hulkenberg talk about his F1 journey, Ferrari discussions, time with Williams, Force India and Sauber, drivers he raced against, Le Mans 24 Hours win and more.

Hulkenberg started the F1 Beyond The Grid podcast talking about his dog, who became famous during a media feature at Monaco GP. The F1 topic started off then with his relationship with Renault teammate Daniel Ricciardo.

He said it is too early to tell if Ricciardo is the quickest teammate he has had as he felt Carlos Sainz and Sergio Perez were good too. Among teammates, he also talked about Rubens Barrichello from his time at Williams when he made his debut.

He said they do text each other and catch up during Brazilian GP. Elaborating a bit more, the German said that Barrichello did held back some information as a senior teammate and give it at a time when it is too late to act upon at times.

They then talked about the Williams boot and the 2010 pole lap. Hulkenberg said the decision was taken long back but the team only informed him after the finale in Abu Dhabi. While he not like to sit out but was happy with 15 FP1 sessions with Force India in 2011.

He also revealed some issues led to him parting ways with Wili Weber and later joining hands with Werner Heinz. Regarding the topic of no podiums, Hulkenberg said there were plenty of opportunities like Monaco 2016 or Brazil 2012 but it didn’t work out.

They then started to talk about the 2019 season and the upgrades that could come in French GP where Hulkenberg said that it won’t be a ‘b-car’ but the engineers are pinning a good hope. They then went back in time at the end of 2013 with the Ferrari talks.

He made a switch to Sauber after seeing the team’s results in 2012 but he admitted that the move wasn’t a good one after joining when the team started to struggle with the tyres and also financially – which pushed him to return to Force India in 2014.

He though he would have done well with the car Force India had in 2013. As for the Ferrari discussions, he did not get into the details but confirmed the talks were held. He never visited Maranello though and eventually it didn’t work out. He isn’t sure if Fernando Alonso played a role in it as he could never guess what the Spaniard wanted.

Talking about his return to Force India with Perez as his teammate, Hulkenberg said he learnt a lot from the Mexican especially with the rear tyre management. He also said he liked the cars which had blown diffuser and enjoyed driving those.

As for the current ones, he felt the 2017 change brought back the likeness he had for the F1 cars. The discussion switched to his famous Le Mans 24 Hours win with Porsche in 2015 when he was allowed by Force India to compete in the competition.

He certainly puts it as a big achievement and the most satisfying one, especially when no had any hopes from him, Earl Bamber and Nick Tandy. He would want to go back but his priority right now is F1 with Renault, who will not let him drive for any other manufacturer.

Hulkenberg then talked about his race car number 27, which he said isn’t related to Gilles Villeneuve and he never knew it was his number as he doesn’t like or has no knowledge of the history of the sport. It was basically his dad’s idea with the number.

He discusses his move to Monaco and early childhood and talked about racing against Sebastien Buemi in karts. He said even though he and Sebastian Vettel are of same age but Vettel took the formula car racing a but early – which he reckons was the right way.

He went back to talking about teammates Ricciardo, Sainz and Perez, where he said Sainz is an extreme hard worker as he would gauge a lot of data during the weekend and off it too. He ended the podcast talking about racing for several more years.