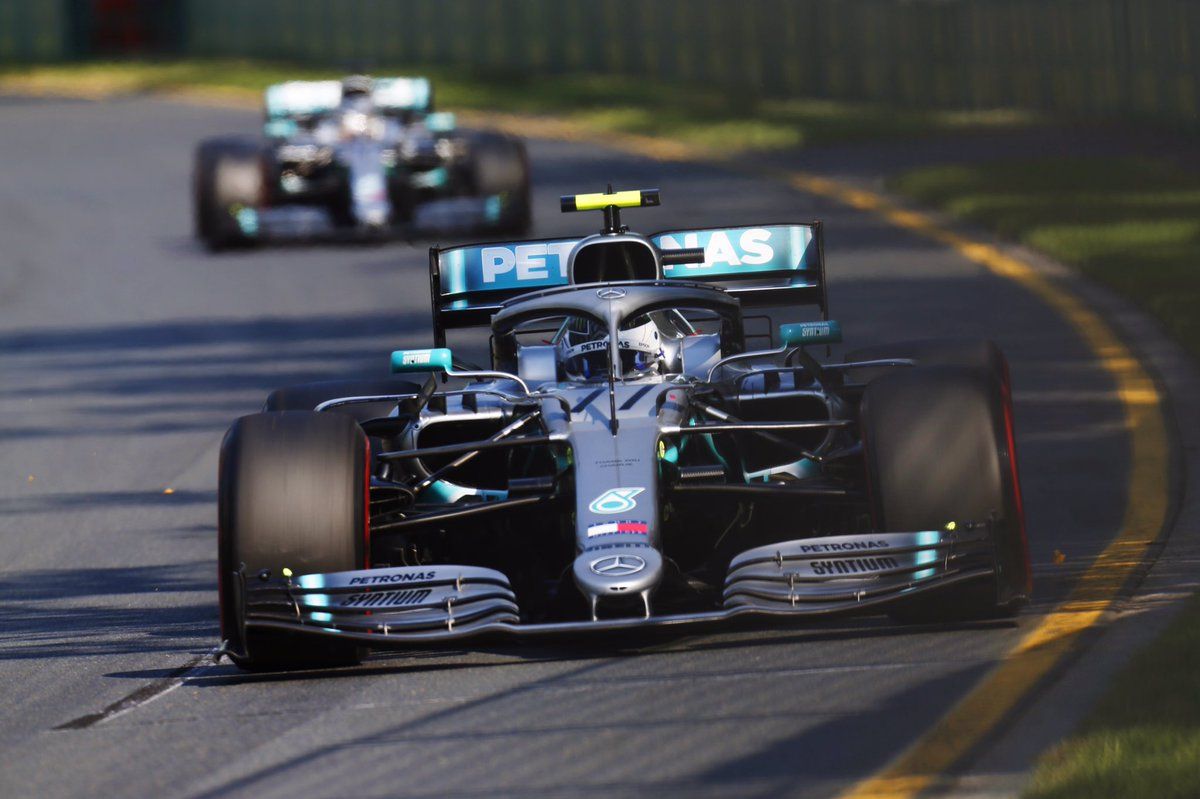 After a difficult 2018 F1 season, very few expected Bottas to bounce back in the way he did in Australian GP where he started on the front-row, got a better start than teammate Lewis Hamilton and claimed a handsome win to open the 2019 season.

Hakkinen has been a big supporter of his countryman for some time now and knew that the Finn has immense abilities. He feels that some drivers take longer to achieve their goals taking his own example of winning the title in his eighth F1 season.

“A dominant victory for Valtteri Bottas in Sunday’s Australian GP has upset the predictions of many people inside F1,” wrote Hakkinen in his column. “After a difficult 2018 he has pressed the reset button and come out fighting.

“Bottas gave Lewis a proper fight for pole position on Saturday and then made a perfect start from the dirty side of the grid to take the lead and control the race from start to finish. What a perfect start to 2019 for him, and a massive boost to his confidence.

“He also scored a World Championship point for setting the fastest lap, which is a new rule announced just before Melbourne. Valtteri made it very clear on the team radio that he wanted that extra point and, although his new race engineer Riccardo Musconi told him to just take things easy, he went for it.

“So did the other main competitors, but Valtteri was the one who achieved it. Another psychological boost. It was nice to hear the little radio message aimed at his critics after the race. He knows he has the talent, has focused himself on getting the season off to a strong start and turned all the negative energy from his critics into a powerful mindset.

“It sometimes takes longer than many think possible before achieving your goals in F1. It took me seven years to win my first race, and this is Valtteri’s seventh season. Talking to Mark Webber on the podium after the race Valtteri said this was one of the most straightforward wins of his life. I know that feeling.

“The success suddenly seems so easy, but it is only made possible by the lessons you learn along the way. It will be interesting to see how Lewis Hamilton responds to this result because we know he is not interested in finishing second, especially to his team mate.

“Lewis will be hoping that Valtteri’s success is a one-off, but should this be repeated in Bahrain or China it will be fascinating to watch how the team dynamic changes. This battle is only just starting.”

In his praise list was also Red Bull Racing and Honda, especially the latter which finally achieved a podium in the V6 era after years of struggle. He felt the bigger satisfaction for Honda would be that Max Verstappen managed to overtake a Ferrari in doing so.

The ‘Flying Finn’ already terms the team as to ‘be a force in this years world championship’. On the other hand, Hakkinen was a bit surprised with Ferrari slump and in particular the way the team handled the situation when Charles Leclerc approached Sebastian Vettel.

A different strategy put Leclerc in the position to challenge Vettel towards the end but the Italian outfit decided to keep the positions as it – post-race comments indicated that such scenarios were discussed before and they acted accordingly.

But Hakkinen felt it was a bit ‘unexpected’ to see such a call to maintain track position right in the first grand prix. “After appearing to dominate pre-season testing, Ferrari had a disappointing race in Australia,” he wrote.

“One of the problems with preseason testing in Barcelona is that this circuit has a unique mixture of high, low and medium speed corners, but not every track is like that. In Melbourne there are a several slower 90 degree corners, such as Turns 3, 13 and 15, and Ferrari seemed to struggle for grip.

“The track surface was also very different to Barcelona. It was interesting that Charles Leclerc was faster than Sebastian Vettel in the closing stages of the race and could probably have overtaken him where it not for team orders.

“We expected Leclerc to challenge Vettel sometimes this year, but to have team ordered imposed in the first race was unexpected. Sebastian will recognise that more than anyone.” The decision of Ferrari has garnered mixed reactions from pundits and fans.

Hakkinen summed up his column with a talk about the midfield battle where he once again questions the decision of Daniel Ricciardo, while he praised the likes of Kevin Magnussen, Kimi Raikkonen and Lando Norris for their performances.