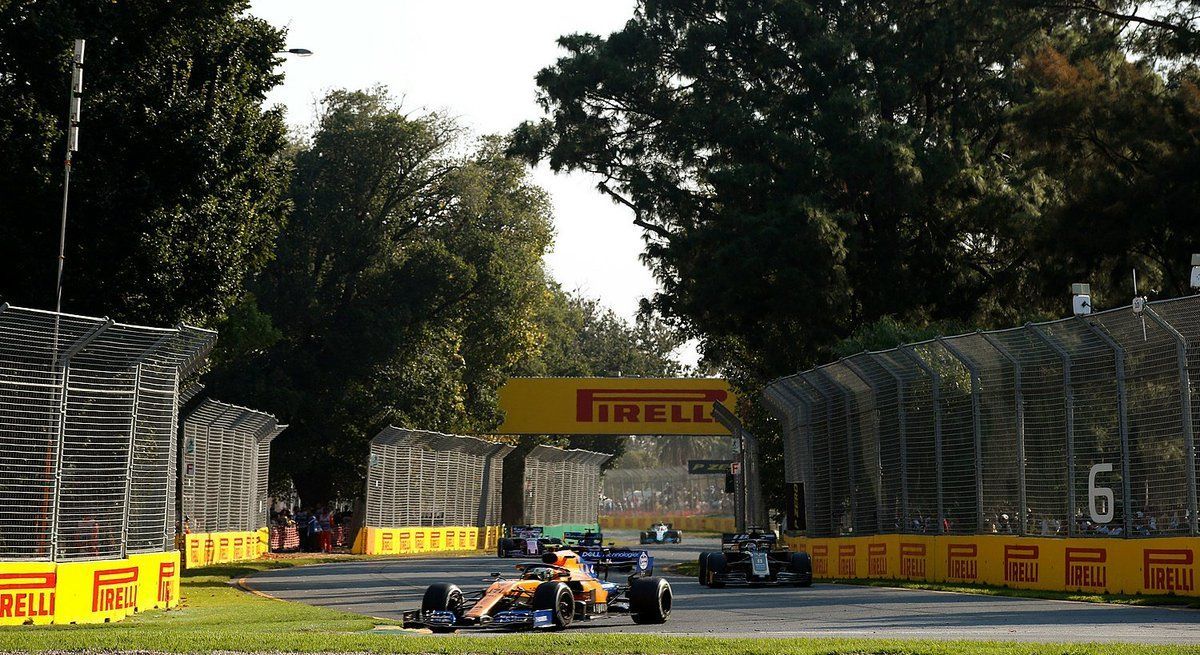 Norris was a star F1 rookie on Saturday with an eighth place finish but lost couple of places to Alfa Romeo Racing’s Kimi Raikkonen and a fast-starter Renault’s Nico Hulkenberg at the start of the Australian GP on Sunday, while still holding the points position.

In fact, Norris’ front left touched the right rear of Raikkonen in Turn 1 which could be seen from the McLaren driver’s onboard – wasn’t aired on the world feed. Fortunately for both, it did not damage their car or tyres hugely as they carried on in the race.

Norris didn’t manage to gain back the places after his pit stop, instead he was stuck behind a late-stopper Giovinazzi for a crucial part of the Australian GP which allowed the likes of Racing Point’s Lance Stroll and Toro Rosso’s Daniil Kvyat to sneak into the points places.

The Italian troubled the Brit for five laps with the former having to also defend from Haas’ Romain Grosjean, Toro Rosso’s Alexander Albon and Racing Point’s Sergio Perez. This pretty much cost Norris any chance of points on his debut event.

Post-race, Norris stressed on lack of experience for a better drive against Giovinazzi as he said he didn’t have the confidence and nor he wanted to take a risk with a ‘big dive’ to overtake the Italian, which could have ended in a disaster.

“It was always going to be a lot more harder coming into a whole new scenario considering I haven’t had the race experience really,” admitted Norris. “It was a good start, I was a bit keen to get the throttle down and then I got a little wheelspin.

“I was not too sure what to do in Turn 1 and didn’t know how late I could brake, it is a big loss of downforce getting into these couple of corners given the cars ahead of me and I didn’t want to end my race in Turn 1 [itself].

“I lost few places at the start which was not the end of the world as I was still in Top 10, Grosjean then had a problem in the middle but getting past Giovinazzi was my killer today. It wasn’t that I couldn’t past but I think I wasn’t as prepared as I should have been.

“I was not having big confidence to do a big dive or anything too silly into Turn 3 where I had a better opportunity. I eventually got him but [by then] I worked by tyres too hard and that’s why I had a big downward slide later on.”

He finished 12th while still defending from Perez and Albon – the trio separated by 1.238s over the line. Even though Norris ended up as the best rookie, McLaren did not the legs to score points especially with the early retirement of Carlos Sainz.

Giovinazzi, meanwhile, opted for a longer first stint as he was on a different strategy having started on the medium compound. The Italian revealed that he picked up damage on Lap 1 which made it harder for him to race his rivals.

Check out what happened with Pierre Gasly and Robert Kubica