Home F1 Ricciardo: ‘Too early to be disappointed’ and bring such vibes in Renault 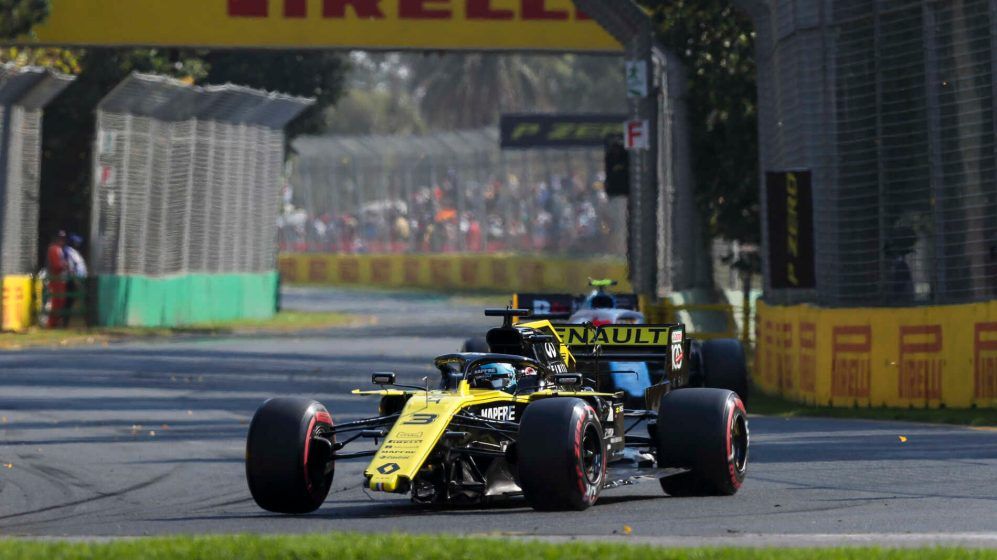 Daniel Ricciardo’s second life with Renault did not start well in F1 Australian GP after he retired at the start itself but he is not all too disappointed.

Ricciardo was one of the key movers from 2018 to 2019 when he switched to Renault from Red Bull Racing – which was much talked about especially due to the straining relationship between the two teams over the course of the year.

The Australian was certainly hyped to start a new chapter with Renault and was bumped to miss out on a Q3 spot for the Australian GP start. However, it all came down on him when it only took few meters for his race to end due to a front wing failure.

A slower Racing Point’s Sergio Perez allowed Ricciardo to go wheel-to-wheel at the start but a slight movement to the right from Nico Hulkenberg alerted Perez as well, which then forced Ricciardo to put two wheels on the grass on the start/finish line.

That was it for the Australian as a little place of tarmac broke his front wing as he smashed on his brakes to avoid ‘T-Boning’ his rivals in Turn 1. He got back out with a new wing but he knew as well as the team that there was no chance of salvage as he retired later on.

This was not the start Ricciardo hoped for – especially at his home grand prix, but the grand prix winner wasn’t overly disappointed as he did not want to feel that feeling right at the start of a new season and bring such vibes in Renault.

“Of course, I am really frustrated for it to be over so quickly,” he said. “You can get away with that in so many other places on the calendar, I mean I didn’t intend to go on grass in the first place but I saw I had a better start than Perez.

“I had a run on him and then the grass sucked me into that bump, I couldn’t see it. I feel like I did a good job to stop the car, I think I made some positions actually. I am in a smile because it is way too early to be disappointed.

“And I don’t want to bring or I don’t want to be with the team like that after the first race [itself]. The car is all right as Nico finished seventh, so I think we can be consistently a points car and keep building [on that].”

As Ricciardo alluded to, teammate Hulkenberg managed to extract more from the R.S.19 and finish where they expected it to be – inside the Top 8. But as he said after testing, the gap to the Top 2 remains more or less the same with Renault yet to catch them up.