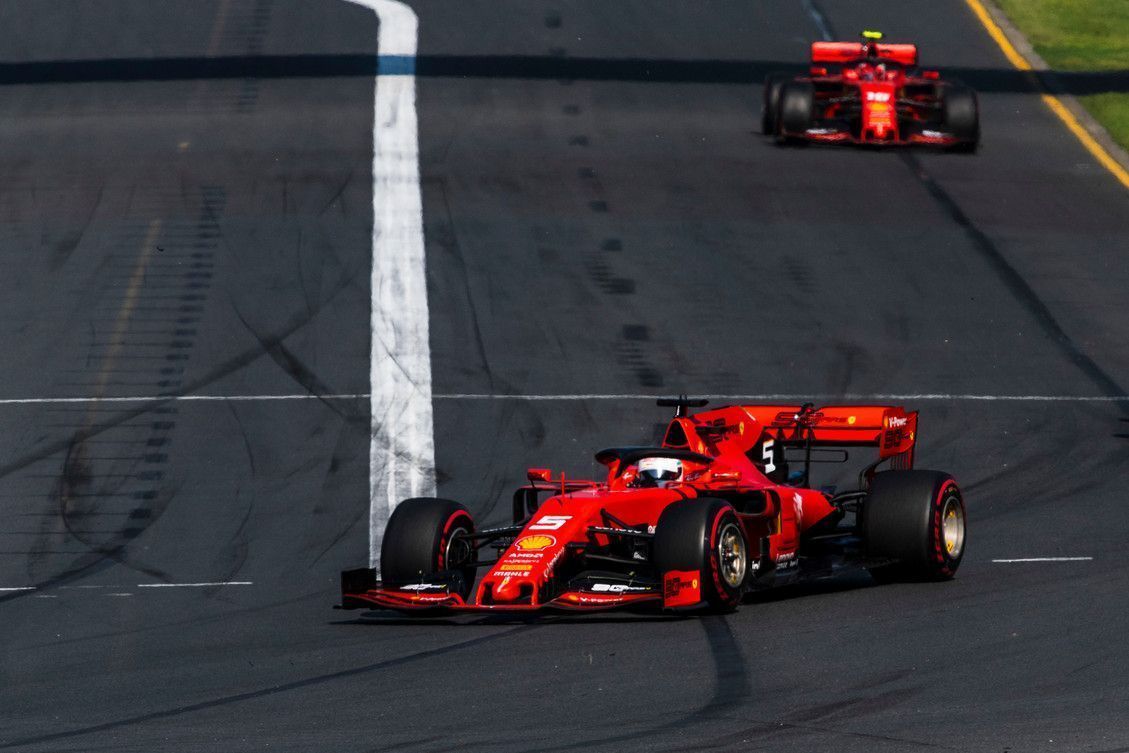 Ferrari ‘s team principal Mattia Binotto said they did not wanted to take undue risk in the closing stages of the F1 Australian GP with an on-track fight or a pit stop.

Already from Friday and Saturday, it looked like Ferrari lacked some pace against Mercedes. It was hoped that they will do one better on Sunday in the Australian GP race, but it wasn’t to be as they got beaten by a Red Bull Racing car as well.

Sebastian Vettel started off fine to keep third in the Australian GP but an early stop and a poor stint on the medium tyres lost them any opportunity of an attack on the Mercedes drivers. In fact, the German lost his podium place to Max Verstappen in the middle.

He then fell into the clutches of his Ferrari teammate Charles Leclerc, who was on a different tyre strategy as he used the hard compound but the Monegasque was denied the chance to pass Vettel or go for a pit stop to gain a point through fastest lap.

Binotto defended the calls stating that they didn’t want to take an undue risk and chose to keep track position as even with Leclerc passing Vettel, it wouldn’t have changed the overall result for Ferrari – apart from boosting the morale of the young driver.

“Right from Friday, we didn’t feel comfortable at this track,” admitted Binotto. “Even though we did a lot of work on set-up, we didn’t find the right balance and even our qualifying performance demonstrated that we were struggling to adapt to the Albert Park track.

“Then, in the race, in the first stint, we tried to keep up. Charles made a slight mistake, which meant he could not stay with the leaders. After his pit stop, Seb’s car never found the right grip level on the Medium tyres and so the driver was unable to attack those ahead of him.

“When he could no longer fend off Verstappen, we decided the most important thing was to get to the end, managing the tyres. When Charles caught up to him, it seemed wise not to take any risks. We leave Australia with a lot of data to analyse and we will use that to work out how to get back to our actual level of competitiveness.”

While the call has been played down by fans, it seems logical on Ferrari’s part as there was no way Leclerc would have managed to get Verstappen in those laps and so as mentioned above, it was only for personal morale than for team cause.

In terms of pushing for fastest lap, it should have been tried with a pit stop but one can understand the reasoning for not pitting as any issue with the stop would have resulted in more points loss to gain the sole one.

In anycase, the fastest lap strategy is still new for teams as even Mercedes did not want Valtteri Bottas to push as hard in the closing stages. Meanwhile, the lack of pace during Australian GP weekend has certainly hit the Ferrari camp.

Vettel told on Saturday that they were losing out in the corners especially in the medium and slow ones which he and the team feels is new considering the car looked pretty good in the pre-season tests. It remains to be seen if it is track specific.

“We were not happy with the car the whole weekend but today we struggled a lot,” said Vettel. “The reason I was so slow in the race was mostly due to the fact that the car could not find enough grip with the medium tyres that we fitted at the pit stop.”