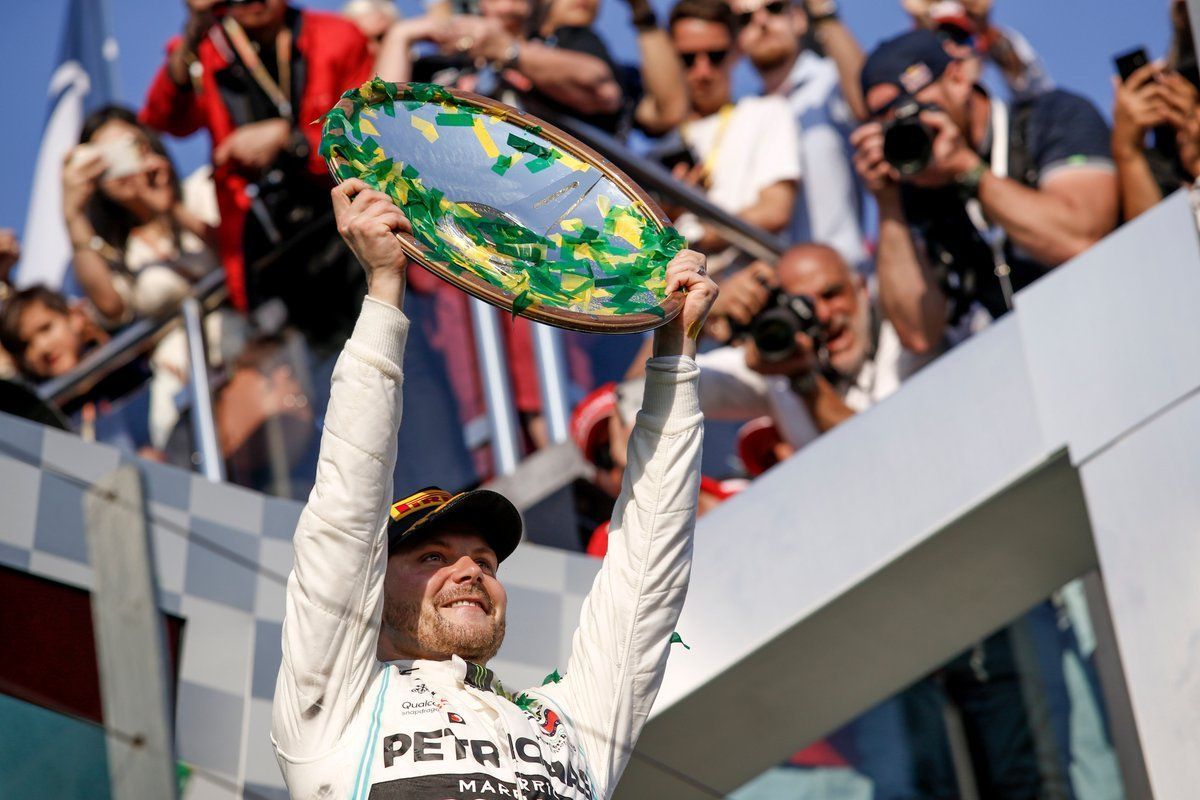 Valtteri Bottas feels a certain change in the way of thinking now as he scored a dominant win in F1 Australian GP, while Mercedes’ Toto Wolff sees the old Finn back in form.

After the demolishing he received towards the end of the 2018 F1 season, Bottas was discounted pretty much in the whole of winter, so much so that he was hugely talked about to be replaced already in 2019 by Esteban Ocon.

The Finn took all to his chin and spent all winter getting his mojo back even with an attempt at rallying – his first time, to re-discover the joy of racing. And it seems to have worked positively with the Finn dominating in Australian GP to open the 2019 season.

After going win-less in the 2018 season, Bottas returned to the top with much power and aggression – along with a new beard-y look in 2019. The Finn himself feels the change, although he can’t put that in words but insists it is all positive.

“For sure every year you learn as a person, you learn about yourself, what works for you, what doesn’t work for you in terms of preparation and what preparation includes: how you rest, how you spend your free time, how you do the training, how much training, what kind, all those kind of things, travel plans, all sorts,” he said.

“So just trying to optimise everything for this year, try to maximise every single thing that is possible. I don’t know, it’s quite difficult to explain what’s been going on here last winter, inside of my head and definitely something changed in terms of the way I feel about things in life in general and in racing, but that’s all in my thoughts.

“I felt good in the car in the race and qualifying. That’s all that matters. It was definitely the best race I’ve had in my life. Obviously, the key thing for me was the race start, to get to the lead and then being at the front I could show strong pace and I could pull a gap.

“I think in the first stop I could have also stopped a bit later, so I was a good tyre in the end.” A different Bottas was certainly seen when he pushed to get the fastest lap even though Mercedes asked him not to, as for them the win was more important.

But he went ahead and snatched it away from Red Bull Racing’s Max Verstappen. His post-race radio also had a ‘subtle’ message for everyone. The changed persona certainly received huge praise from the paddock including his Mercedes boss.

Wolff has been instrumental in Bottas’ career so far and gave him another go with Mercedes in 2019. The Austrian felt he could see the old Finn back, whom he met first in 2008 where he was dominating the junior championships and setting the benchmark.

“I am very pleased [for him], especially after the second half of the season he had in 2018 where he was completely written-off, people didn’t think he was up for the job and he bounced back in a most dominant way, completely in control of the weekend,” said Wolff.

“Over the winter, he recharged the batteries, reset, found his joy of driving again with the rally in Finland – then today it all came together for him. I can see again the young boy I first met over ten years ago and who dominated the junior series in 2008.”

With the win and a point for the fastest lap, he has 26 in his bag – the biggest margin ever in F1 with the new rule setting in. It was also Bottas’ first Australian GP victory at Albert Park, the circuit which he doesn’t enjoy much racing on with just one podium before 2019.

It remains to be seen though as to how he does now in the remainder of the season with the threat of Lewis Hamilton always a big ask and also from the Ferrari duo, who will chase the Mercedes duo hard despite the blip in their Australia performance.

Aside the jubilation, Bottas made a kind gesture to dedicate his win to Charlie Whiting, who sadly passed away at the start of the weekend. “I just want to say, again, thank-you Charlie and I want to say that this win is for Charlie and all his work for Formula One. He’s done a massive amount and it means a lot to all of us drivers.”