Home F1 Kvyat pleased that he could fight Gasly and keep him behind in... 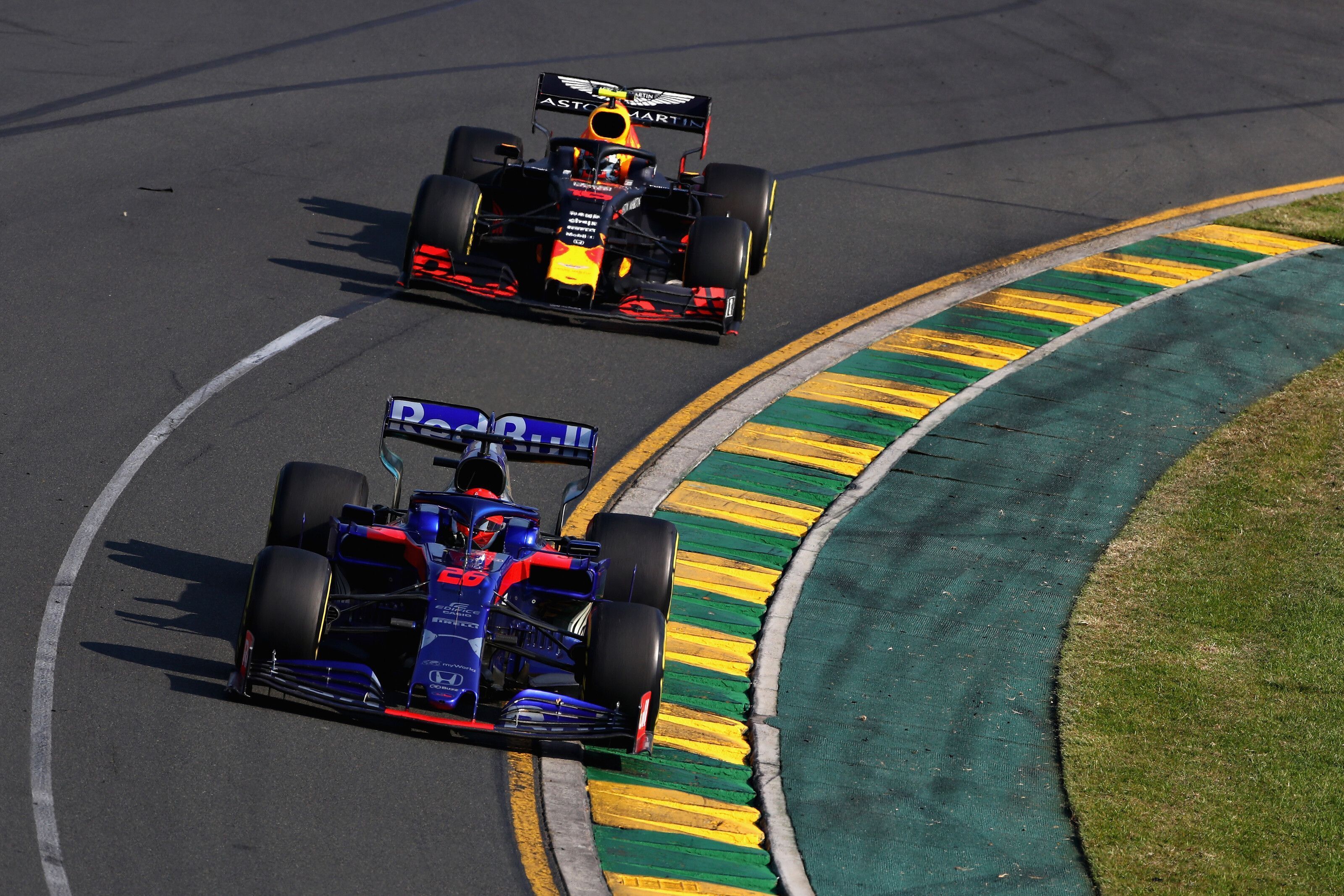 Toro Rosso’s Daniil Kvyat was happy with his F1 return in Australian GP as he felt pleased to be able to fight Red Bull Racing’s Pierre Gasly and keep him behind.

Kvyat’s third F1 career start did not get off well as he qualified only 15th for Australian GP but the Russian’s race turned out to be superb as he managed to eke out a point while keeping off Red Bull’s Gasly from taking away the Top 10 finish.

With a little help from Alfa Romeo Racing’s Antonio Giovinazzi, Kvyat was able to get ahead of the pack he was behind at the start. Once in that position, he was close to clearing Racing Point’s Lance Stroll for ninth in the latter stages on a fresher compound.

However, a slight off in Turn 3 held his charge. Even though he managed to get back up and catch Stroll, it was too difficult to get by with the DRS effect nullified as the Canadian was using it on Renault’s Nico Hulkenberg in seventh ahead.

In addition, Kvyat had Gasly behind, who tried hard to get by. He eventually managed to hold him off which pleased him in particular as naturally Red Bull is a senior team to Toro Rosso. “It was very enjoyable, a nice and a very clean race,” said Kvyat.

“We had a good pace and I think we were managing well with everything around us. It wasn’t easy because I was catching a lot of cars in front and at the same time, Gasly behind was always trying to overtake me.

“So, I had to look always in front and behind which was a bit exhausting. There was a lot of positives to come from the race [though], it’s just a shame about qualifying as we had the opportunity to start a bit further ahead.

“We had good tyre management throughout the race and we definitely had the pace to fight for higher positions but, as we know, it’s difficult to overtake around Albert Park. I tried to catch Stroll, but I was a bit on the edge and I couldn’t make it.

“I had a good battle with Pierre towards the end of the race, I felt like I could fight him well and at the end it was satisfying to keep a quicker car behind almost the whole race. I know we have a good package with the car and the engine, so we need to keep developing it.”

While Kvyat could keep Gasly behind, the Frenchman had his troubles with the grid light at the start after a qualifying disaster put him only 17th. He then brushed Williams’ Robert Kubica in Turn 1 as he battled through to get up to 11th.

Something didn’t click for him as he said after the race with Red Bull boss Christian Horner in support of his driver for now. Meanwhile, the Toro Rosso camp was happy with Kvyat’s one point and also a fine debut for Alexander Albon.

The Thai racer found himself in points at one stage after a good start but lost out in the Giovinazzi battle to end up 14th still. While he wanted to score points but he was satisfied with his performance as he had no expectation how the race will turn out to be.