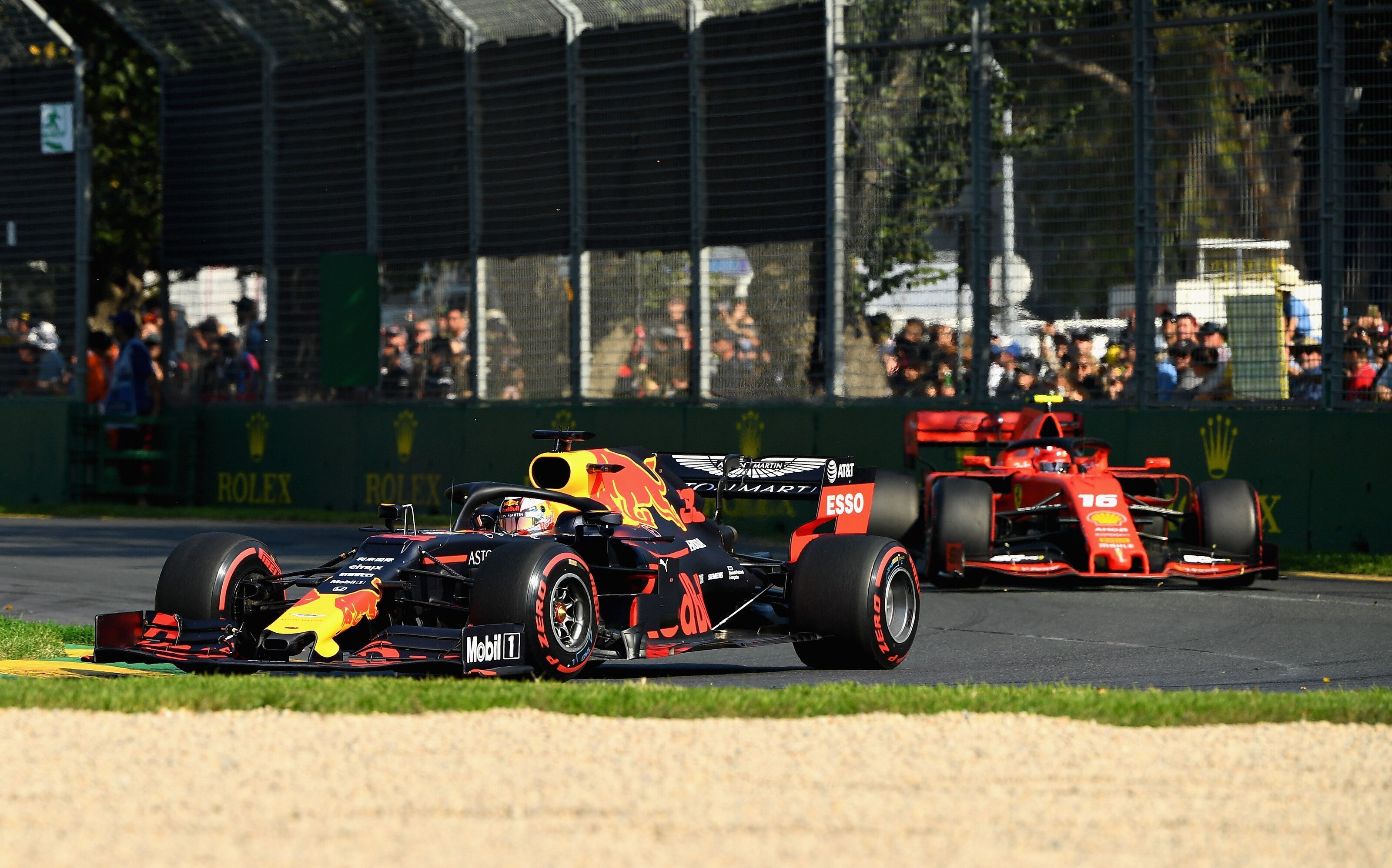 Max Verstappen was hugely encouraged by Red Bull Racing Honda’s top speed in F1 Australian GP where the team ended up 1-2 in the speed trap list.

Heading into the 2019 F1 season, it was unclear as to where Red Bull Honda stood when compared to Mercedes and Ferrari or even Renault and Haas for that matter. While the Australian GP cannot be hugely conclusive but the start has been promising for the team.

Reliability wise, the Honda unit worked well overall without any major issue across all the four cars. Even on performance side, it could stay with the lead pack where Verstappen eventually managed to score Honda’s first podium in the V6 era.

He was aided with strategy to get by Ferrari’s Sebastian Vettel and challenge Mercedes’ Lewis Hamilton but crucially he was in the position to get that podium. The Dutchman was particularly encouraged by the top speed the Red Bull Honda had.

In fact, Pierre Gasly topped the speed trap at 321.9 km/hr with Verstappen in second at 319.9 km/hr – something they haven’t managed to do – while the sister Toro Rosso’s Danill Kvyat was fourth as it was tied at 319.8 km/hr with Racing Point’s Lance Stroll.

“I think in terms of speed we had throughout the race, it was again a very good step forward to last year,” said Verstappen. “If I just compare top speeds against the other two top teams, so I’m very pleased for that.

“Also, in general, the engine has been performing really well, without any issues. So, that is also very important. I guess time will tell if we can fight for top spot. But in general, I am just very pleased, because I could at least have a go at others, in terms of top speed.

“It is good progress, and there are a lot of positive things coming as well, and so far we have been working really well together.” Meanwhile, Verstappen agreed that strategy played a key role for Australia podium but he particularly felt good to clear Vettel on track.

“I am very satisfied,” he started. “Of course to get by a Ferrari on the track is not easy right here because it is very difficult to follow in general. So, happy to pull that move off and also challenge Lewis for second.

“It was a good feeling, there is of course work to do but to start the season like this in third, it is always positive.” Along with the team, it was also a big relief for Honda to finally get the monkey off their back and score a podium finish in the V6 era.

They have been trying since 2015, first with McLaren and then Toro Rosso with no luck but their first race with Red Bull, they get the breakthrough result. It is also their first since the 2008 British GP where Rubens Barrichello finished third.

“A good start,” quipped Honda’s Toyoharu Tanabe. “This was the first race of the season and our first with Red Bull, so it was encouraging to finish third. It is the first time Honda has been on the podium since 2008 and the first time in this hybrid power era.

“Our thanks go to Max for a fantastic drive and for the team that supported him with an excellent strategy. This is a good first step, but we must improve our PU performance if we want to beat our closest rivals.

“As for Toro Rosso, they also did well, with Daniil getting the point for tenth place. It was a strong comeback from him after a year away from the sport. It seems that the car has good potential. Overall, it was a positive start, but it’s not where we want to be.”

Here’s what happened with his Red Bull teammate Pierre Gasly