Home In the Spotlight Dovizioso opens up on how Ducati tenure ended, not thinking of Honda 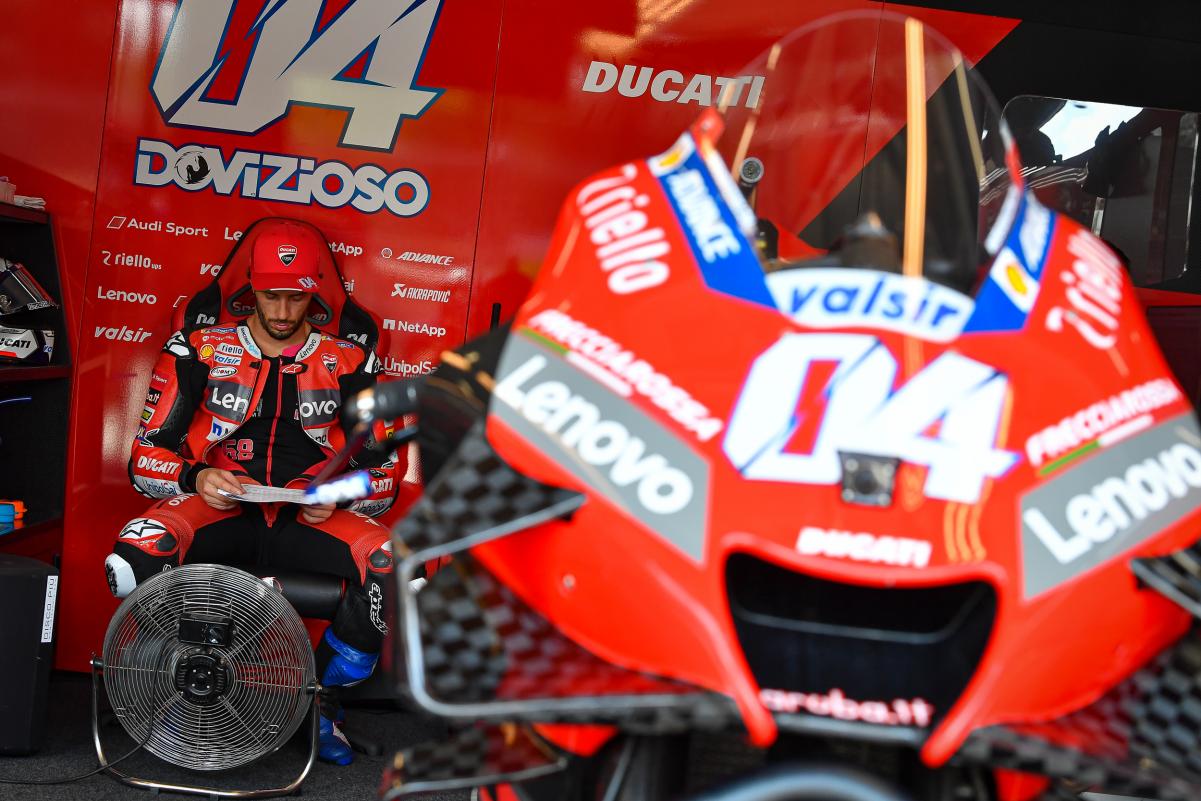 Andrea Dovizioso has opened up on his ouster from Ducati which he felt started after a meeting from 2019, as he states that he is not thinking about Honda MotoGP chance.

Having been with Ducati for eight MotoGP seasons, Dovizioso had a bad ending with the Italian manufacturer, where the contract with the veteran wasn’t renewed along with Danilo Petrucci in favour of Jack Miller and Francesco Bagnaia for 2021.

In an interview to Italian publication, Gazzetta, Dovizioso has opened up on his ouster, which he reckons started after a meeting in 2019 involving Gigi Dall’lgna. He revealed the circumstances which led to a difference between the two.

So much so, that Dovizioso wasn’t even presented a contract for him to sign. The Italian admitted that the situation wasn’t great as he noted that Petrucci was already informed about his ouster, which helped him to prepare for his future.

Had there been clarity from before, Dovizioso could have thought about a KTM switch certainly. “Offensive, I don’t know,” he said when asked about the time taken by Ducati to decided if they wished to retain him. “Let’s say that there was no transparent behavior, unlike Petrucci, who was told before the season that there would be no room.

“But then Gigi stated that in that famous meeting held in mid-2019 between Sachsenring and Austria, I understood that it was over. That was supposed to be a technical meeting. There were different ideas, there was friction and we wanted a meeting with all the engineers. It started as a technical meeting, but it became a confrontation between the two of us and, I don’t know how to describe it, Gigi felt attacked.

“For me he closed the doors there, but he closed them while keeping quiet. And what he says is confirmation. But in 2020 statements were made about my motivation. Now we know that I don’t think it was the truth. It was not transparent. Because the situation in Ducati in 2020 was that of 2019, of 2018. Even in 2020 there was never a real proposal.

“It was said that Dovizioso asked for this or Ducati could give this, all lies. We never negotiated, above all an offer never arrived. And, therefore, we have never rejected a low one. It is the confirmation that in the 2019 meeting it is over for Gigi,” summed up Dovizioso, as he revealed that Gigi wanted Jorge Lorenzo in the team, which is why they even passed on having Marc Marquez.

“These decisions come only from Gigi,” said Dovizioso. “We talk about Ducati but it’s wrong, all the decisions made since he has been there are his. Like Lorenzo instead of Marquez in 2017. At the beginning of 2016 there was the possibility to take him, but Gigi had already decided he wanted Lorenzo. To get along with Gigi you don’t have to go against it. Instead, by supporting certain ideas, we went into conflict.

“Other manufacturers have held conferences apologising to the riders (Yamaha in Austria ’18; ed), we never. The rider in Ducati has more and more pressure. ‘You can do more, you can’t do more’, and it’s true. And regardless of whether you are second in the World Championship or the first or third Ducati, this is transmitted.

“The result is ok, but as soon as you hurt, boom, disaster. One race, two, one year, two, you struggle to be relaxed. I have always said and recognised the quality and skill of most of the engineers in the racing department. It’s crazy how smart, intelligent, Italian they are. There is the” sbuzzo “, trying to invent something, and Gigi for me is a lot, very good at squeezing and getting a lot out of them. It is a huge positive side.

“But I have always struggled so much, despite establishing excellent relationships with certain engineers, to convince and direct development in my direction,” explained Dovizioso. He also spoke about the silence from Claudio Domenicali in this period and knowing that he will be out, it felt good eventually despite the eight long years.

“You can always do better, but for the mistakes we couldn’t find the solutions,” said Dovizioso. “There was no peace of mind, we went forward in inertia. Thinking about not continuing in that situation just made me feel good. The team’s setup is like this: more engineers and management of many things. And for me Ducati, compared to other manufacturers, is better at doing it. This is why we remained competitive, even if the bike, the sum of everything, was not the same. The view of the bike from above was missing.

“Reflecting the past, I remember more the good results. 2017, 2018 and a little bit of 2019 were spectacular. DesmoDovi was not a name put like that. I gave my soul, I really believed in this project. Unlike some people in Ducati who have always seen my not trying hard enough. Those who have seen this are really limited, they read certain dynamics in the wrong way. If one thinks that I have not put effort and dedication, it is totally off track. And it should change job,” summed up Dovizioso.

To add more strain in their relationship, Dovizioso felt the decision of Ducati to not push against the mis-doings from Yamaha, eventually cost them third in the championship, which would have earned them more money for the future. The Italian wasn’t consulted when the team took the decision, which angered him even more.

He, nevertheless, wishes them well and feels Miller can do a good job. As for Bagnaia, he agrees with consistency lack but reckons he will come good. For his own future, there is nothing on the table yet, but he noted that he will listen to Honda if they come with a proposal to replace Marc Marquez, who is recovering from multiple surgeries.

“Something will happen, but what day and what, I have no idea,” said Dovizioso. “We have nothing on the table. I want to see what they propose to me. If they will. I have my idea. I took the calendar and wrote down all the matches of the regional and Italian championship. There are 28! And the first is February 28,” he noted, before adding that had Ducati informed him before, he would have taken the KTM deal seriously. “There was no transparency and it was not fair behavior,” he said. “I would have considered the KTM possibility differently.”