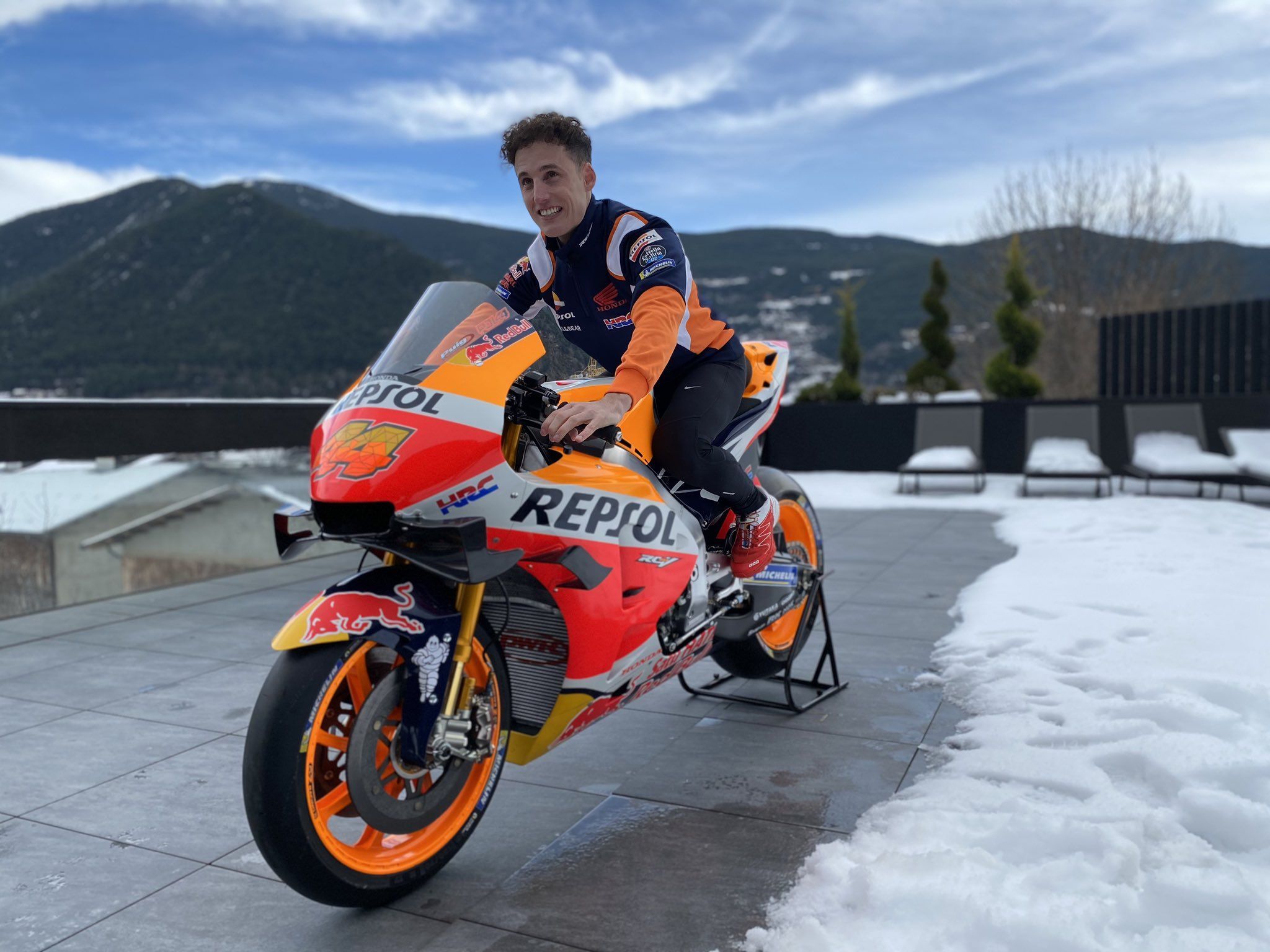 Pol Espargaro has been unveiled in his Honda MotoGP colours after he received his RC213V, as Gresini Racing provides latest update on Fausto.

With 2021 MotoGP season not far away from its start, the changes from 2020 to the new year is taking shape. After videos from Petronas SRT and Yamaha unveiling Valentino Rossi and Fabio Quartararo, respectively, Honda is latest to join the party with Espargaro.

In a special video released by Honda, it shows its new signing Espargaro receiving his RC213V at his home in the mountains, as he completes his first official shoot in his new colours. It is also his first public appearance for the Japanese manufacturer.

Here’s some photos and a video of Espargaro:

In other news, Gresini provided a latest update on its boss Fausto, who remains in the hospital in Italy in serious but stable conditions. The last update talked about induced coma and the process after of awaking him slowly to be in normal condition.

The new statement features Dr Nicola Cilloni, who noted that Gresini remains sedated at this juncture and it will take more time to ascertain if he can be moved away from mechanical respirator, where he can inhale oxygen on his own.

“Fausto Gresini’s general health conditions – although still serious – are stable,” said Cilloni. “The medications were stopped, albeit he is still sedated and connected to a mechanical respirator to receive an adequate level of blood oxygen. In the next few days, radiological investigations will be carried out to verify the evolutionary status of the disease.”