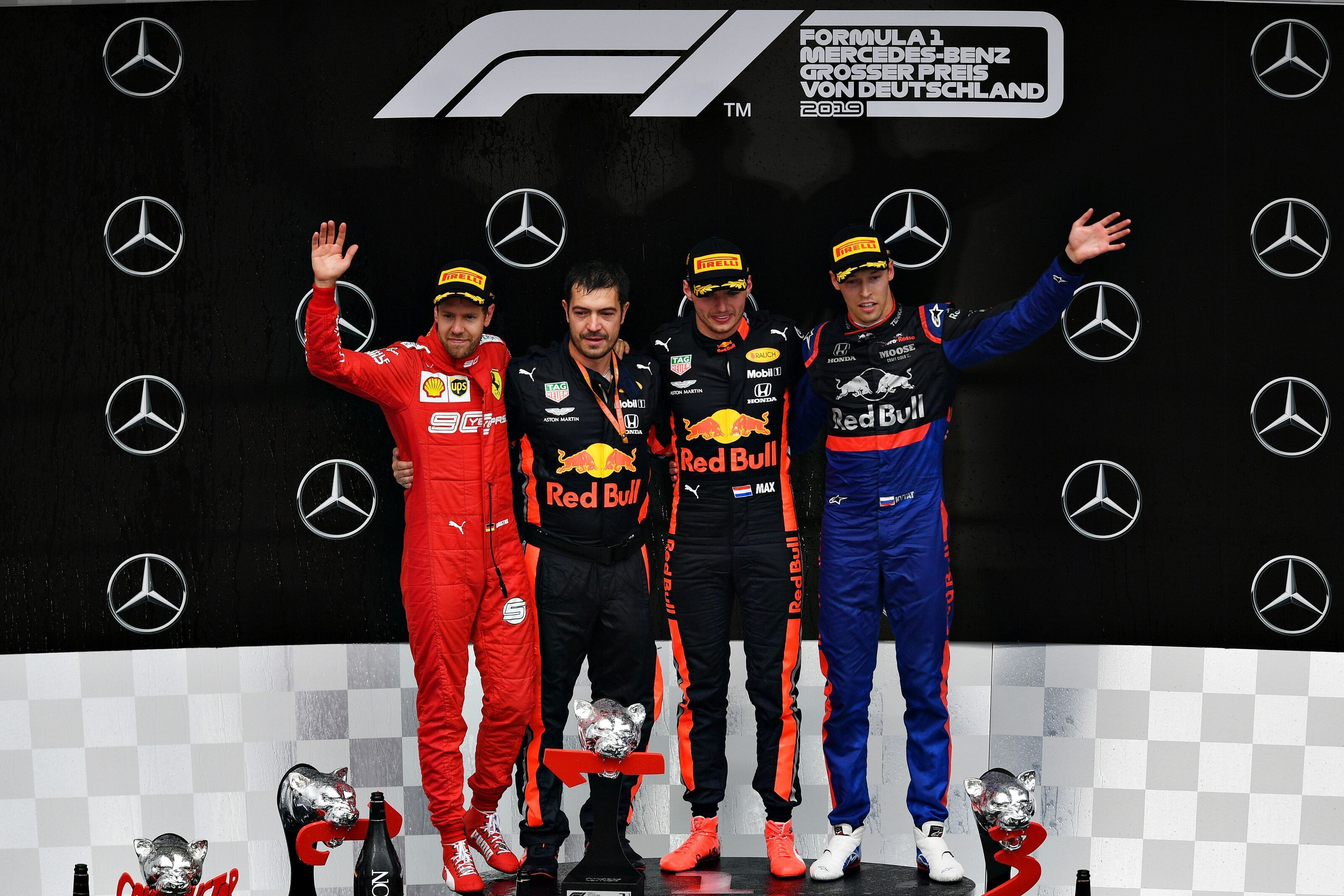 F1 head Ross Brawn reckons the last three grand prix is a good response to the unfortunate criticism the sport received after a dull French GP.

After a slow French GP, F1 received hosts of criticism from all sides of the world as the demand for a change rose, as did the stories around what can be done or what should be done, came out in good numbers – whether from a journalist or ex-F1 driver/official, etc.

But since then, F1 has seen some dramatic races in Austria, Britain and Germany – two of which were won by Red Bull’s Max Verstappen, with Mercedes only taking one. In fact, the two races where the Dutchman won, only once a Mercedes driver was on the podium.

To add to that, the German GP saw the first time a midfield team score a podium in the 2019 F1 season via Toro Rosso’s Daniil Kvyat – the first since the 2018 Azerbaijan GP when the then Force India’s Sergio Perez ended up third as well.

The German GP also saw Williams open their account with Robert Kubica after penalty to both the Alfa Romeo Racing drivers. F1 head Brawn feels that the last three races along with few others in the season is a good answer to the citicism the sport got.

He is not stating that F1 doesn’t need the change and it is all perfect as the gap between the Top 3 teams and rest of the field still remains a big factor. “What a show,” wrote Brawn in his post-race column. “The German GP was incredibly exciting, from first lap to last.

“It had everything, overtaking, mistakes, less than perfect strategies, immense bravery, crashes and a podium line-up – indeed a top ten order – no one could have predicted after qualifying. The points placings featured drivers from eight different teams, and on a day when the big guns faltered wholly or in part, only Toro Rosso and Haas managed to get both drivers in the points.

“It has to be said that intermittent rain really made the spectacle, but it can’t be denied that for different reasons, all three recent races have been hugely entertaining. It’s the best possible response to the unfortunate criticism the sport received after the French GP, some of it surprisingly vitriolic.

“I’m not saying everything is perfect, especially when you consider that Daniil Kvyat’s third place finish is only the third time that a driver from outside the top three teams has finished on the podium since 2017, but I think it is fair to say that over half of this year’s races have been anything but boring, despite the dominance of Mercedes who have simply done a better job than any of their rivals.

“Not every race can be at this level, but there are enough to make this the greatest motorsport series in the world.” Brawn then talked about the performances of Mercedes, Verstappen, Kvyat, Sebastian Vettel and Williams/Kubica – praising the latter group for putting up a brave show and make the most of the situation.

Guenther Steiner surprised with yet another tangle between Haas drivers