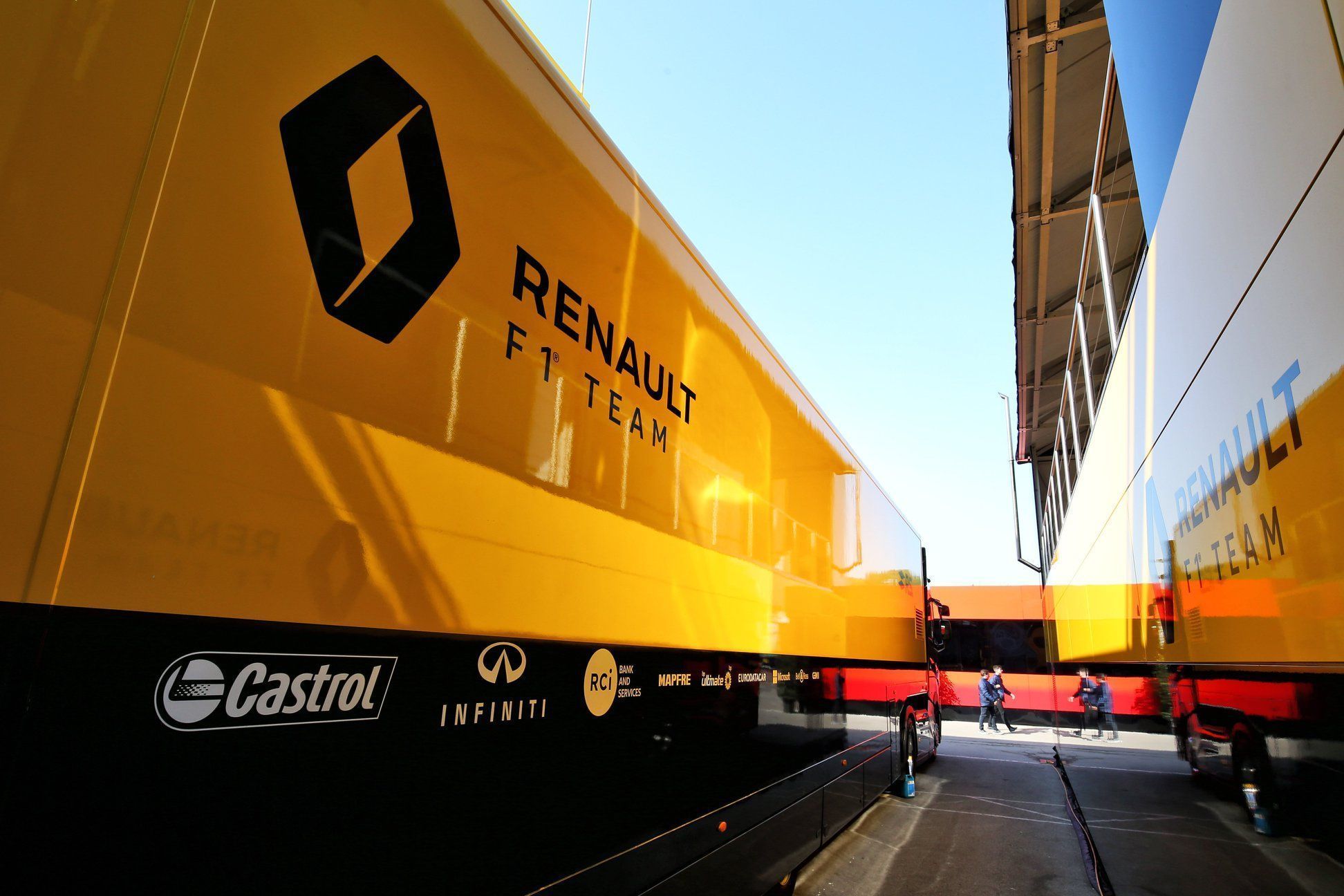 Renault F1 Team confirmed of an incident with its team tuck in Hungary ahead of the this weekend’s Hungarian GP.

Following the F1 German GP, photos started to circulate on Monday morning of a Renault truck at the side of the highway in Hungary, when on its way to the Hungaroring circuit for this weekend’s Hungarian GP before the summer break.

The team confirmed of an accident on the M1 highway near Gyor in Hungary, where the driver was driving at the respectec regulated speed when he skidded off in a ditch nearby. Renault confirmed that the truck driver did not suffer any serious injury.

The team added that the driver is conscious and is being taken to the hospital for further checks. The statement from the team read as: “We confirm that a Team truck was in an accident on the M1 in Hungary, near Gyor.

“The driver, who was driving within the respected regulations, is conscious and has not suffered serious injury. He’s been transported to hospital for further checks. No other vehicles were involved.”

The incident comes following a disastrous German GP weekend for the French manufacturer where both their drivers retired, with Daniel Ricciardo suffering an exhaust issue, while Nico Hulkenberg crashed out in the final corner from fourth.

They dropped to sixth in the constructors’ standings with 39 points, while McLaren stayed fourth with 70 now as Toro Rosso jumped to fifth with 42 after podium for Daniil Kvyat and a sixth placed finish for teammate Alexander Albon.

UPDATE: Renault shared an update on the truck driver on Thursday, stating that he returned home for recovery, while the goods inside the truck were not damaged and there is no serious issues with the preparation for Hungarian GP.

The statement read: “The driver of the Team truck involved in an accident in Hungary on Monday continues to make good progress & has returned home. The goods transported were not damaged & our preparations for the Hungarian GP have not been affected. We look forward to getting the weekend underway.”

#F1 Renault on route to Hungary and it turned out, bad luck was following them. Not sure if someone got hurt. (via @Charreljalving ) #MsportXtra pic.twitter.com/FPAKosW4MA

Leclerc unhappy with dragster tarmac, Hulkenberg joins in to call it ice-like