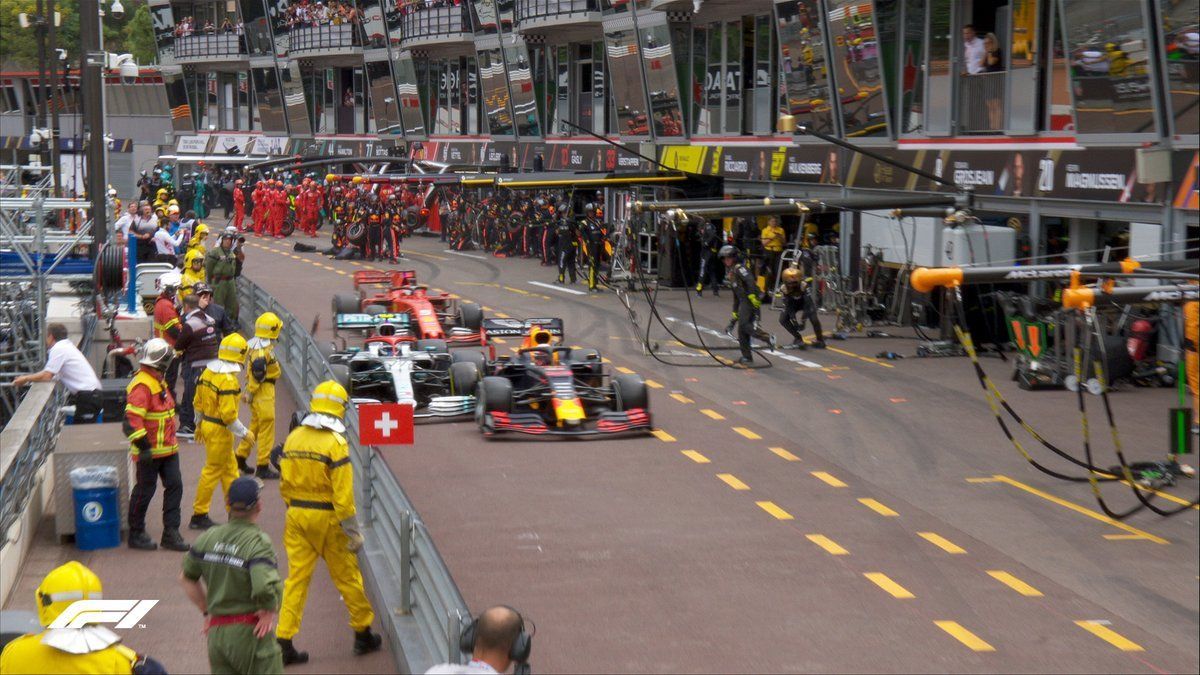 There were questions raised by commentators, pundits and fans about the severity of the penalty imposed on Red Bull and Verstappen for a big offence like unsafe release, which not only put people in the pitlane at risk but also Bottas eventually.

The mistake from Red Bull to release Verstappen meant he was almost side-by-side with the Dutchman in a tight pitlane when they touched, as the Finn even brushed the wall which caused a slow puncture and pretty much destroyed Bottas’ race.

Fortunately for the Mercedes driver, the gap behind was huge and he eventually only lost a place to Ferrari’s Sebastian Vettel after the five second penalty to Verstappen, which was added to the Dutchman’s time after the F1 Monaco GP race.

The leniency was questioned especially after Alfa Romeo Racing’s Antonio Giovinazzi was handed a 10 second penalty for his collision with Williams’ Robert Kubica at La Rascasse. But both Bottas and Wolff shrugged it down without raising high pitch for it.

“It’s a tricky one because there would be no way I could ever gain back the position so I lost, except I gained, at least, Max’s position with his penalty – but example the position I lost to Sebastian,” said Bottas. “There’s no way I ever gain it back.

“So, I think he got his penalty and I think it’s OK. Not much to say more than that.” Bottas also explained the pit stop from his point of view: “We stopped the same time as Lewis. We had a bit of a gap between us for the stop.

“But I don’t know, for some reason my stop was a bit slow. Max got alongside me on the pit lane, even though he was behind before and in the pit lane he was slightly ahead but we were side-by-side. I kept my line, he kept drifting to the right.

“We touched, I also touched a wall because there was no space. I got a puncture for that, but honestly, I thought that when I got the puncture and had to stop again, that I was going to be at the back of the grid but luckily only lost a couple of places.

“So, unlucky but lucky at the same time. Could have been a lot worse but still important points.” At the same time, Wolff added: “Verstappen pushed him in the wall but was it lenient or not, I think its for stewards to decide that whether five or 10 seconds.

“These things happen and I am fine with it, I am okay.” It could be that since Bottas managed to continue and eventually finish third, the two weren’t to press enough and accepted the call. For Red Bull, they were certainly relieved that it wasn’t more.

Even if it were to be a 10 second penalty, it wouldn’t have changed the results much as Verstappen would have ended up outside the Top 3 anyways unless he made the pass on Mercedes’ Lewis Hamilton and eked out a gap in front.

The Dutchman was calculative in his approach, more so, after he revealed that he ran the race on start engine mode rather than the torque mode which slightly affected his racing. He had to change the mode after the pit stop but he couldn’t in the heat of things.

Red Bull team boss Christian Horner hailed the ‘lion-like’ drive from the Dutchman. “Max drove the wheels off the car,” he said. “He got away in grid position and had a look at passing Bottas into turn one but wasn’t quite far enough alongside.

“The mechanics did a great job with the pit stop and Max left the box before Bottas which, as per the rules, is fine. Unfortunately, it all got a bit too tight resulting in the Mercedes making contact with the barrier and the stewards issuing Max a five second penalty.

“Max drove like a lion for the rest of the race and tried everything he could to pass Lewis. We had a better tyre strategy and there was only really one lap where he got close to making a move into the chicane.

“Finishing second on the road, but with the top four so close, he was denied a podium. Finishing fourth is tough for Max after a drive like that but as always, he didn’t give up until the checkered flag.” Teammate Pierre Gasly ended up fifth with a fastest lap point.

Along with the topic of Verstappen’s penalty, certain section also pointed out Bottas’ slow drive towards the pit for a double stack. There was no investigation but Hamilton’s in lap was timed at 1m49.838s and Bottas’ was a 1m57.137s.

I've been asked a few times now, why Bottas wasn't questioned when he created a gap to Hamilton (behind the SC) so they could do a double pitstop. The race is done and dusted but you all had a point since it happened before with Sirotkin last year. #F1 #MonacoGP #MsportXtra @fia pic.twitter.com/yKkWvkMG33