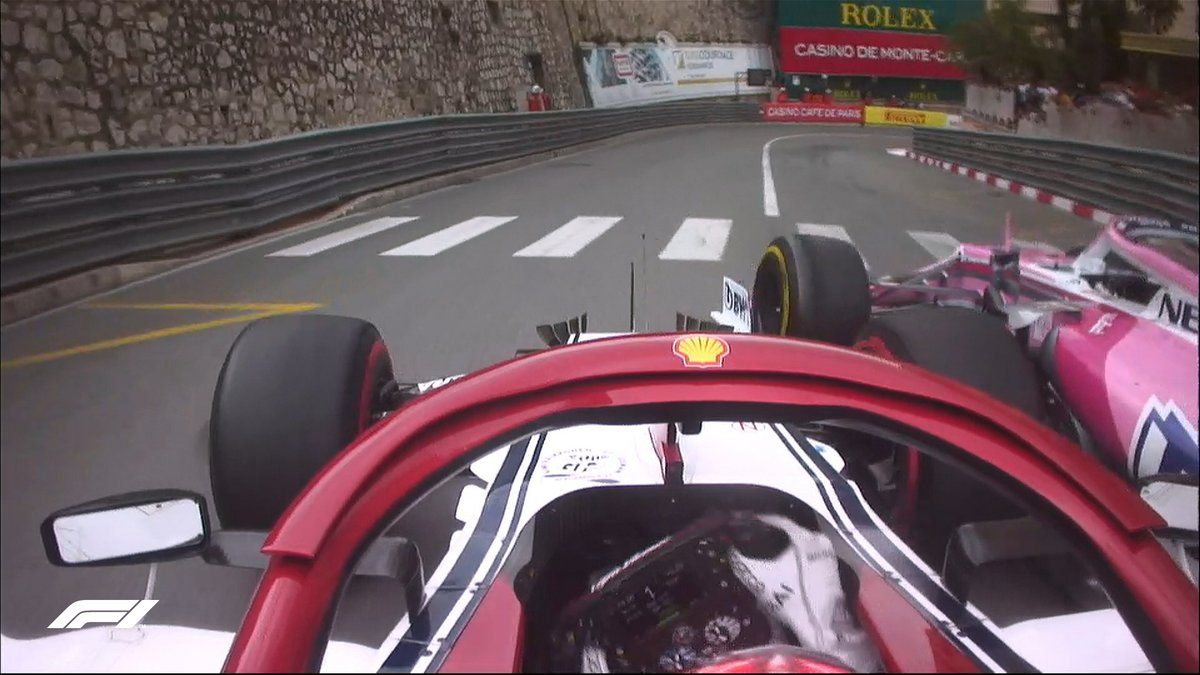 The 300th grand prix weekend for Raikkonen did not go as per the plans with the Finn only 17th in the end and sadly one lap down on the leaders. Teammate Antonio Giovinazzi was classified 19th after his time penalty for hitting Williams’ Robert Kubica.

All in all, it was a dismal ending for Alfa Romeo in F1 Monaco GP after a promising start in the practice sessions. It all went wrong in qualifying when they were only 14th and 15th with Giovinazzi then having a grid penalty to start from 18th.

The race as well wasn’t looking good at all as both ran pretty much outside the points with little chance to score even. After his tussles with Racing Point already earlier in the weekend, Raikkonen found himself behind Stroll again as the two even touched.

The Finn was indeed annoyed with the small collision at the hairpin but he was more frustrated with the general lack of opportunites which troubled Giovinazzi as well. The Italian in his push to pass Kubica at Rascasse touched the Polish driver to spin him around.

He was handed a time penalty which sealed his fate. It wasn’t a happy ending for both as they lamented the race pace and struggle – neither Raikkonen nor Giovinazzi complained about Stroll or Kubica compromising their races but the lack of opportunities did.

“We didn’t expect this to be an easy weekend and unfortunately it turned out to be the case,” said Raikkonen. “It was quite a boring race and there was nowhere to pass: we finished where we were on lap one.

“Even though I had front wing damage, some issues before and after the stop and I was hit by Stroll, none of these things ultimately had any impact on our finishing position. Once you’re behind a car, you’re stuck there unless they have a massive issue.

“It’s just how it is in Monaco. I think we had the speed for the points but that’s not of any use because you are not going to pass anybody here unless something big happens to the guy in the front.

“We tried something different with the strategy as it made no sense to copy what those in front of us did, but in the end it didn’t make us move forward. The only thing that could have given us a chance was rain, but it didn’t come.”

Meanwhile, Giovinazzi admitted to getting frustrated behind Kubica to go for the move which didn’t work out. While he said that the pace wasn’t the same in qualifying but he added that he didn’t understand if that was the case in the race too or not.

“I was just little bit frustrated to stay behind the Williams and no way to overtake here in Monte Carlo, I found a space there but it was not enough and we touched,” he said. “We need to check as until qualifying the car looked strong.

“In qualifying, we didn’t understand what happened and in the race, it is impossible to say we were good or not because I was stuck behind the Williams.” With no points finish, Alfa Romeo sits ninth in the standings with 13 points, one behind Renault.