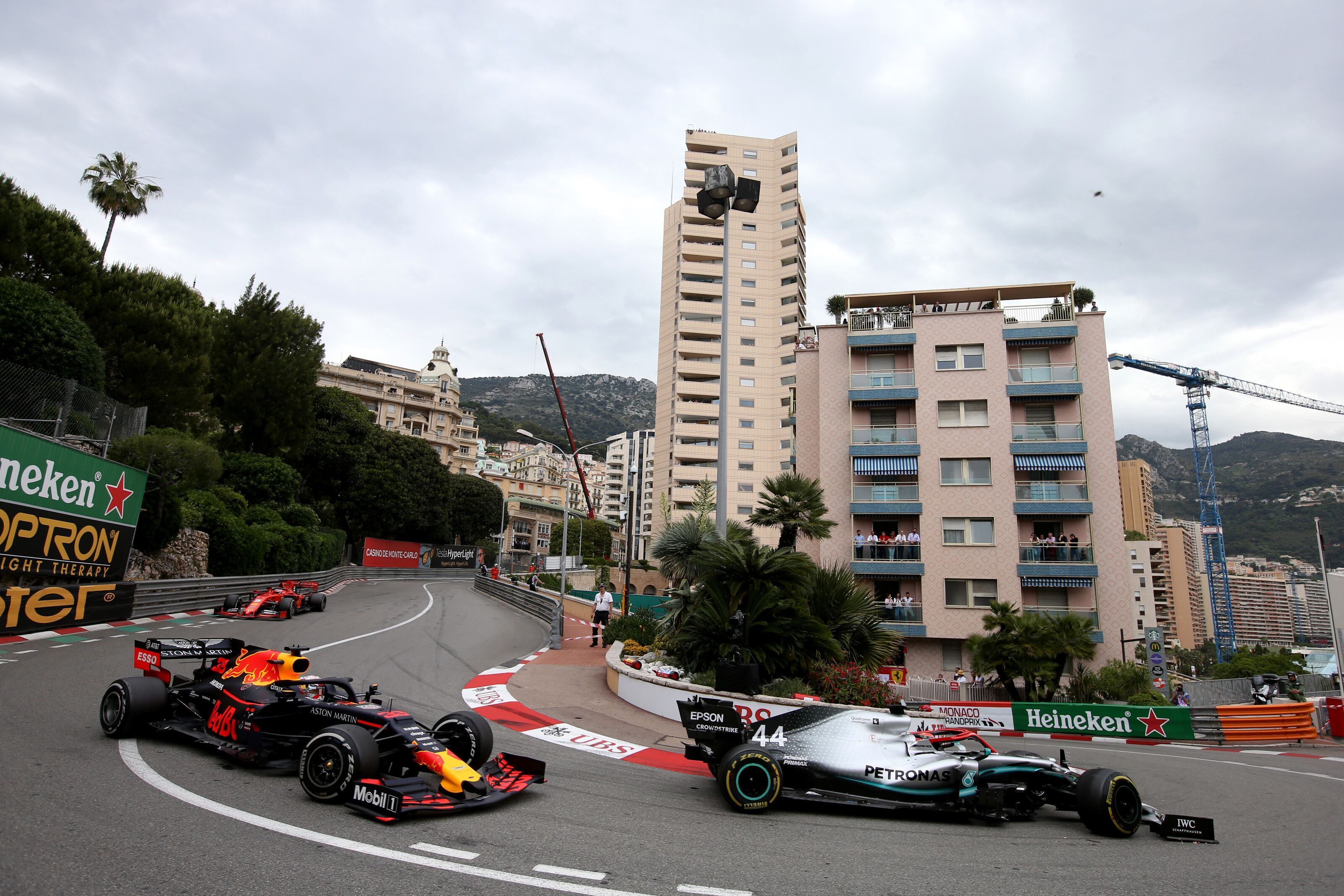 Mercedes’ Lewis Hamilton had a tough task to defend from Red Bull Racing’s Max Verstappen in F1 Monaco GP but he managed to succeed in the end.

A safety car to clear the debris for Ferrari’s Charles Leclerc’s puncture resulted in the leaders pitting early with Hamilton first on the road to dive and was put on the medium with teammate Valtteri Bottas on the same compound as well.

At the same time, Verstappen opted for the hard compound with Ferrari’s Sebastian Vettel on it too. The puncture for Bottas forced him into another stop as he was eventually put on hard, leaving only Hamilton on the medium compound at the front of the field.

But Hamilton wasn’t alone as Renault’s Daniel Ricciardo and Haas’ Kevin Magnussen were on the same strategy and eventually finished ninth and 14th – after penalties applied. While we didn’t hear much of the other two but Hamilton was constant on the radio.

The British racer immediately understood that he was on the wrong compound which the team got it as well, but there was nothing they could have done apart from hoping that the tyres hang on and Hamilton keeps Verstappen behind too.

The Dutchman, meanwhile, played the long game with the five second penalty. Only in the end stages that he pushed and touched at Turn 10 but he took race finish rather than do a crazy dive. He was put under investigation but no action was taken.

His earlier penalty did drop him to fourth but he was fairly happy with the result. Hamilton, meanwhile, took the opportunity to explain how he was trying to defend from Verstappen. “It was definitely the hardest race I’ve had,” started Hamilton.

“Obviously I’ve had a lot of races in my entire career, even beyond Formula 1. I think just in the car, with the tyres, with the strategy, with the circumstances and with Max behind, it was the biggest challenge I’ve had.

“But I’m really, really grateful that I was able to pull it off. Of course there were multiple things coming into my thought process. I’ve got 38 laps to go and I’ve got no tyres left and I’m thinking that ‘there is no way that with the feeling that I have and with the pace that I have to do at the moment that I’m going to make it’.

“It’s a horrible feeling to have that, as the though of having to do another stop obviously means we’re not going to win the race. I’ve been there before. A few years ago I was leading this race by 20 seconds and the safety car came out.

“We pitted and came out third, your heart just sinks, so I was like: ‘I’m not coming in, whatever the case. I’m just going to drive around with no tyres until they blow up’. With sheer will I just kept pushing.

“I really, really tried my best to stay focused and not crack under pressure, because Verstappen was doing a great job behind on a much better tyre. It wasn’t a case of feeling nervous. Obviously I could see him. He literally covered the whole of my mirrors.

“I was able to get out of the last corner and pull a bit of a gap. I was super slow through Turn 1 but Turn 3 my right-side tyres were OK and once you got downforce on they would work but then once I got to Turn 4, 5, 6, 7, 8, I had nothing.

“Moving the brake balance rearwards, engine braking, opening up diffs, trying to get this car turned. I could see him barrelling a lot of speed in. Obviously the harder tyre was a lot more resilient. I could see it opened up on his car and I was like, ‘OK, hopefully it’s going to run out of tyres at some stage, as I am, but it didn’t’.

“I kept thinking Turn 6 is probably where he’s going to try to dive up the inside, because I was just waiting to get the car turned. So I was just trying to cover that whole area, tip-toeing and positioning myself so I could get a good exit out of the corners.

“It was really strategy-wise one of the most strategic drives that I think I have ever had to do in terms of finding that balance around the track to try and keep that gap. I’m sure we touched multiple times and I definitely touched the barrier a lot of time throughout the laps but luckily kept the car in one piece.

“Ultimately, also this week has been such a hard week, emotionally, for us as a team and me personally, I just really, really wanted to do the job. I really wanted to deliver on the word of Niki, and imagining him taking the hat off in support.

“When I was driving I was like, ‘what would Niki do?’ so I just kept going. Ultimately I’m really grateful for the opportunity the team gave us this weekend to have the car we had and the team continues to evolve and improve and we’re growing constantly as a team, even through our faults.”

While Hamilton had to undertake the extra work, Mercedes’ team boss Toto Wolff accepted the wrong call but hailed Hamilton’s champion drive. “It was a world champion’s drive for a world champion who isn’t among us anymore,” he said.

“With all the drama it had, I am relieved now. I think you need to accept that the driver needs to have a pressure release valve and by talking to us, even it is vomiting the anger out, that’s completely OK.

“I think what we need to do is support him, we knew that the tyre choice was the wrong one and in hindsight we should have taken the hard but we rarely make strategic mistakes. At the end the driver made the difference and managed the race.”