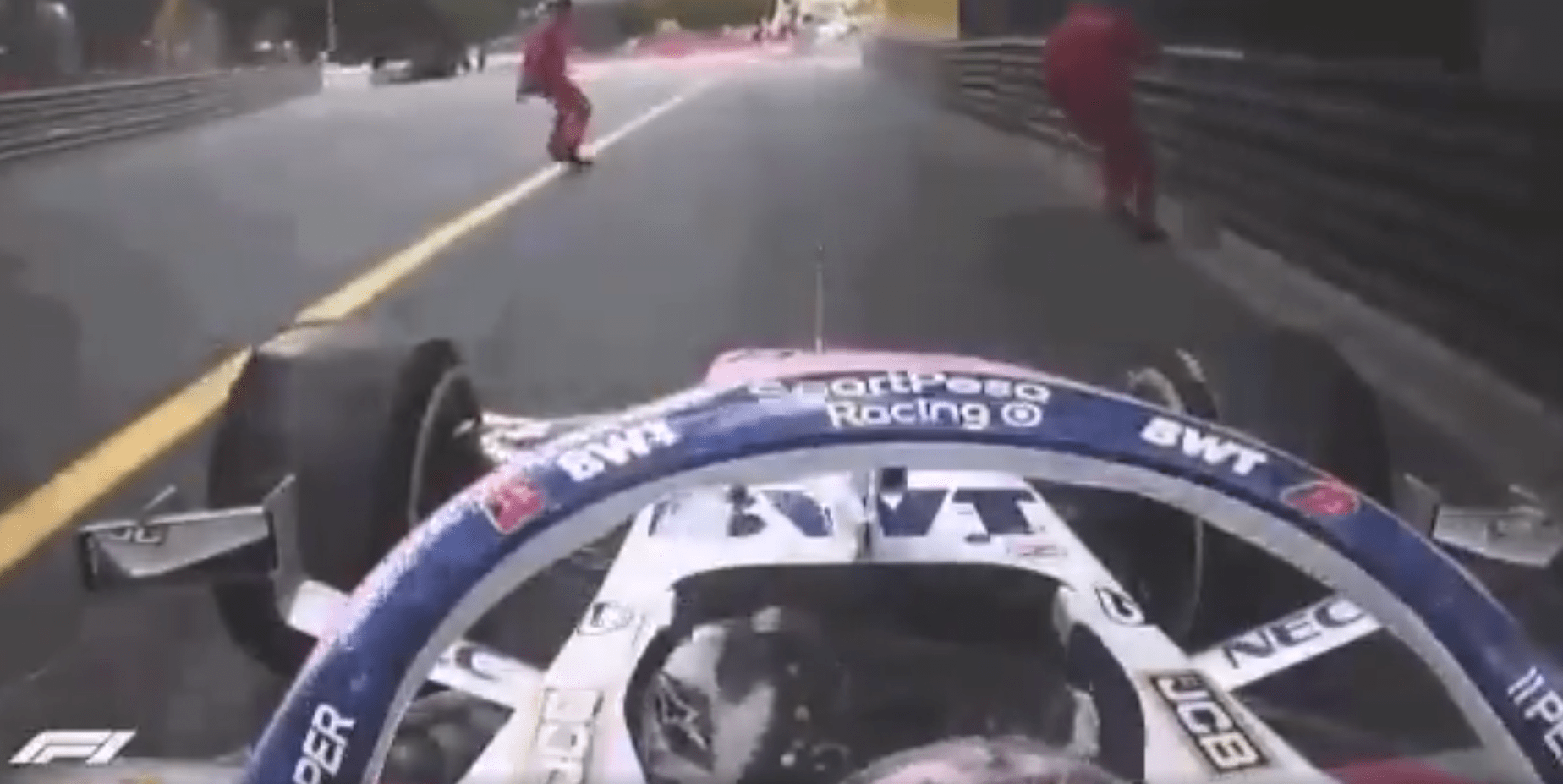 The incident took place under the safety car which was deployed to clear the debris left by Ferrari’s Charles Leclerc after his puncture in the opening stages of F1 Monaco GP. Racing Point chose to split strategies, calling in Perez in while keeping Lance Stroll out.

The mishap wasn’t broadcasted on the world feed but radio exchanges between the Mexican and his engineer first revealed of the near miss. Post-race, Perez eventually revealed of what happened in full length to the media in Monaco.

A video also started doing rounds – which as per FOM guidelines we cannot share – but it showed Perez hitting the brakes as hard to slow the car as marshals hurried into their positions. One of them already crossed to the barrier on the inside.

The other, meanwhile, had to stop for the car to pass. The Mexican was surprised with the slight slip from the marshals of Monaco, who are otherwise, very spot on with their work, professionalism and efficiency. He said he will speak with the FIA of the incident.

Aside the incident, it wasn’t a great day for Racing Point as both Perez and Stroll ended up outside the points with the Mexican ending up 13th but was promoted to 12th after Haas’ Kevin Magnussen was handed a time penalty for his fight with Perez,

The Dane cut the Turn 10 chicane when Perez almost passed him as he was put under the investigation then. The FIA deemed Magnussen as the guilty party with him dropping to 14th as result. Perez’s teammate Stroll could only manage 16th.

“It wasn’t an easy race but we tried our best,” said Perez. “I am pleased we finished the race, but we couldn’t fight for the points in the end. We really needed the rain to come and mix things up, but there were a few lights spots and that was it.

“When the safety car came out we chose to pit, but I was in a lot of traffic and lost quite a bit of time in the traffic jam at Rascasse. Later in the race I made a move on Magnussen, which I felt was a fair move, but he cut the chicane and kept the position.

“In the end getting ahead of Magnussen may have changed our result, so I think he should have given me the position back.” Following the incident, Perez was relieved to have not hurt anyone in an incident as safety is foremost.

“After this incident, I’m just very happy with the outcome of my day. That we all can go back home safe and sound with our families. For the safety of the marshals I hope it never happens again,” he summed up.