Home F1 Albon admits he was ‘greedy’ and pushed too much in F1 China... 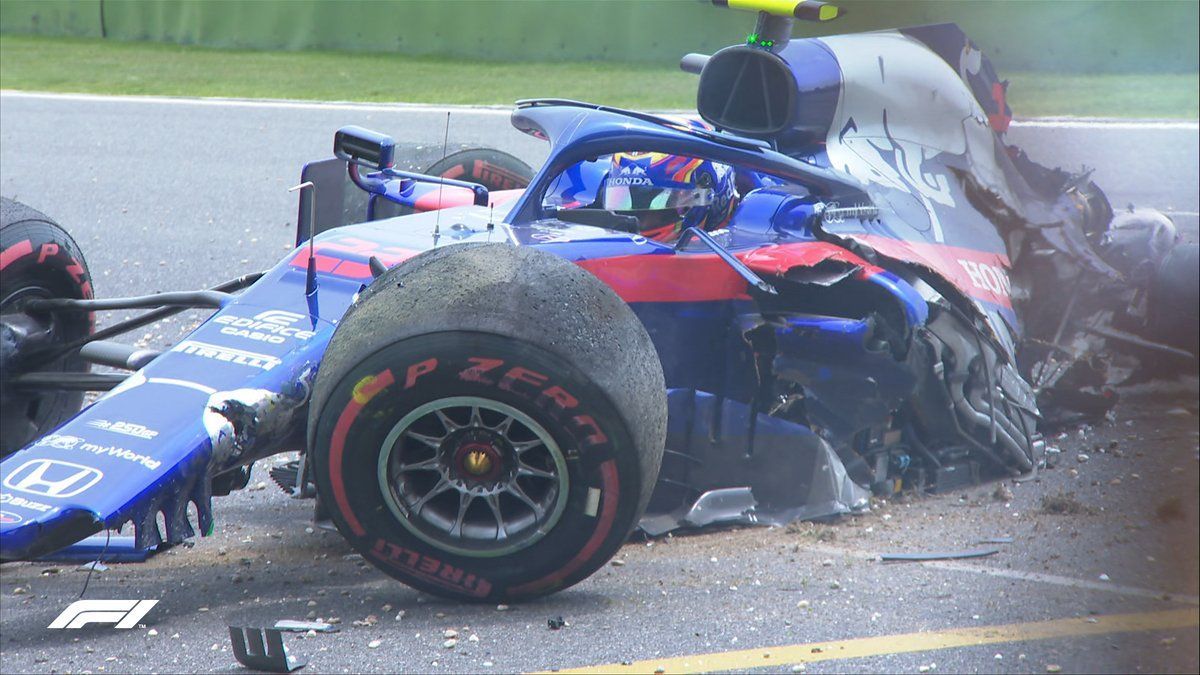 Toro Rosso’s Alexander Albon accepts blame for the big F1 Chinese GP crash in FP3 which ruled him out of the qualifying at Shanghai International Circuit.

Albon settled well into the Top 10 in FP3 of F1 1000 weekend in China but with barely six minutes to go, the Thai racer crashed in the final corner when he ran wide onto the astro-turf and hit the barrier side on, enough to miss the subsequent qualifying session.

In only his third-ever F1 weekend, Albon is still finding his feet not only in the car but also in the whole environment. He admitted to the mistake he made in FP3 as he said he was trying to find the absolute limit in the corner by purposely going over the kerb.

“I had a pretty big crash in FP3 but I’m OK, I’m just more disappointed I made a mistake,” said Albon to the media. “Obviously, being quick in FP3 doesn’t really help you that much as it’s qualifying that counts, but there are still positives to take away.

“I had been playing around with that AstroTurf at the last corner for a while now because it’s a bit quicker using that extra bit of track. It’s always a little bit loose and normally you can recover it, but this time I was a bit greedy with the throttle.

“I would have preferred to have spun to the left side of the track, but the car went to the right and I hit the wall. I’m a bit disappointed because we had a good chance to be in Q3 today, and I think the car’s been really strong all weekend. So not happy with it.

“Looking on the bright side, we had a good FP2 and our race pace looks strong so I’m optimistic about tomorrow’s race. It’s not going to be easy, but I think we have the pace to make a few overtakes and hopefully get some more points.”

Team boss Franz Tost wasn’t too angry with Albon’s push as he felt the incident will only help him to learn how much to push and more importantly when to. Meanwhile, Honda also confirmed a change of power unit on his car as they wanted to be certain of no damage.

Teammate Daniil Kvyat couldn’t make it into Q3 but the Russian was happy to be 12th with a free tyre choice which is said to play a key role in the grand prix with the Top 5 drivers starting on the medium compound as opposed to the soft.

The disappointment list had Racing Point’s Lance Stroll as well, who felt he couldn’t extract the full from the car to end up only 16th when Sergio Perez was 13th. “It was a frustrating session,” he said. “I don’t feel I got as much out of it as I should.

“So, it could definitely have been better. I’m not quite getting to grips with the car 100% yet and I made some mistakes on my lap, which cost us a couple of tenths. My race pace is generally pretty good [as opposed to qualifying].

“We started sixteenth in Australia and finished ninth, so there’s no reason why we can’t do the same thing here.” Meanwhile, Alfa Romeo Racing’s Antonio Giovinazzi had more misery with no laps set in qualifying to go with his FP1 issues.

The Italian only managed two laps in Q1 but no timed lap with a problem which hasn’t been revealed by the team. In FP1, his team admitted for a power unit installation mistake from their part for Giovinazzi not able to run more than two laps as well.

For the McLaren drivers to be outside the Top 10 after two good qualifying sessions in Australia and Bahrain, they said it was more track specific in China with the MCL34 not suiting much to the circuit as they previous two – they added that it was expected result.

Check out what happened in Chinese GP FP1, FP2 and FP3