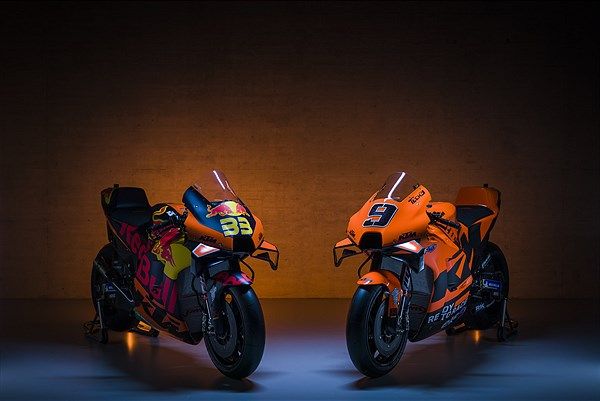 KTM and Tech 3 Racing are latest to showcase their 2021 MotoGP colours along with their four riders, as Honda updates on Marc Marquez.

KTM and Tech 3 Racing became the latest MotoGP teams to showcase its 2021 livery, where the latter presented its new colours – a full blown orange of the Austrian manufacturer – after shedding the Red Bull logos which only features on the factory outfit’s bikes.

For KTM, the livery remains the same with Red Bull using their corporate colours but for Tech 3, they have opted for a full change to orange to showcase the Austrian manufacturers’ colours, after the energy drinks company stepped away from sponsorship.

It is a new line-up for both the outfits with Miguel Oliveira stepping up alongside Brad Binder at KTM, while Iker Lecuona is joined by Danilo Petrucci at Tech 3, as the Italian gets to ride the RC16 for the first time in the 2021 MotoGP season.

Upon the launch, Pit Beirer, KTM Motorsport Director said: “The whole MotoGP journey so far has been a dream but the project started with a dream to become a GP winner in that class, so it is amazing to look back and see where we have come., However I definitely don’t want to commit to us already being title contenders.

“I think this pressure should still be on other guys in the paddock but we are really, really happy that the dream came true with these GP wins. They are a fact. They are on paper and we are definitely hungry for more. We have great staff and everybody is pushing hard. I think that is the style of KTM and the whole company: to have this new spirit with a new goal means the whole company sticks together and we do it together.

“It brings extra energy. All four of our riders all have incredible skills and talent otherwise they would not be in that class but then in detail they are all different and in different ways they go for their goal. All four are still riding in that very last second of motorcycle racing. We have our first wins in the pocket but now the new season is starts and everything begins from zero. I will be happy with 2021 if our riders finishing the last GP without any injuries and we can think back to some very successful races. That’s what I am looking for.”

Here’s photos of KTM and Tech 3: 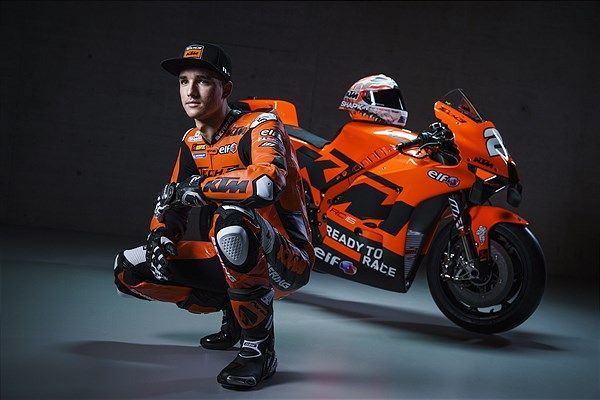 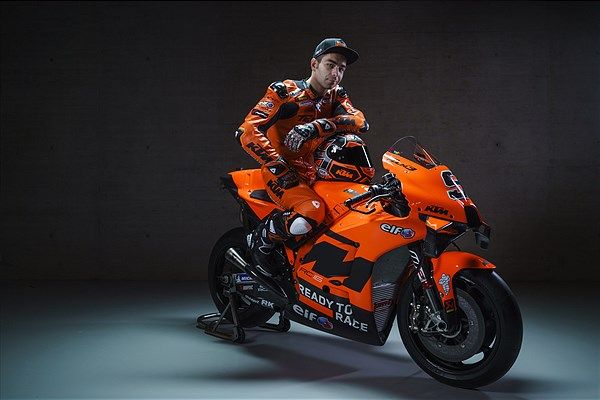 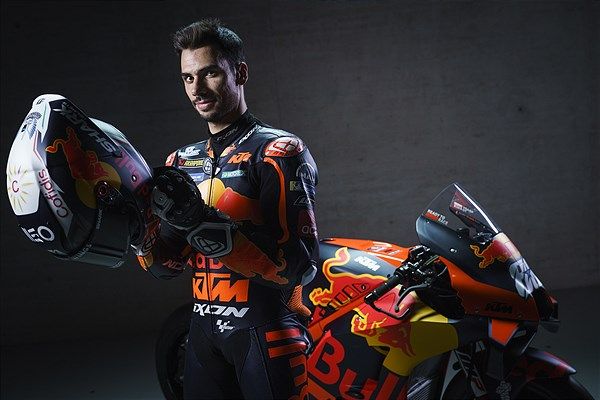 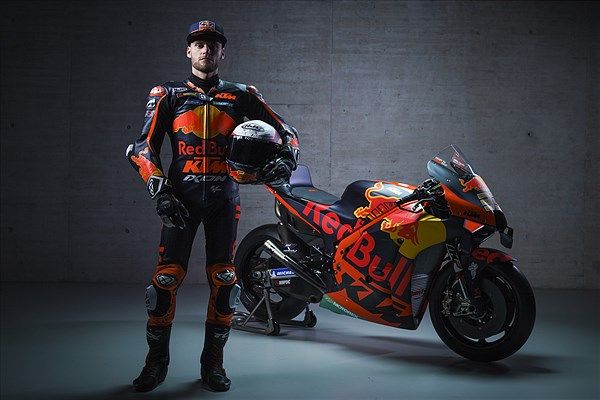 The next level is here 🙌🏻
How do you like our new 🍊 beast? 😉#KTM #Tech3 #MotoGP #TeamPresentation #Tech3KTMFactoryRacing #DP9 #IL27 @MotoGP pic.twitter.com/vYtylTUS7U

Here’s for further quotes/thoughts of riders

Staying with MotoGP news, Honda shared an update on the latest condition of Marquez after his visit to the doctors. They see favourable clinical situation with his infected right humerus as the progress on the bone is much better than the last time.

“A further review of Marc Marquez at the Hospital Ruber Internacional, 10 weeks after surgery for an infected pseudoarthrosis of the right humerus, has confirmed a favourable clinical situation,” said the statement. “The medical team led by Doctors Samuel Antuña and Ignacio Roger de Ona, and including Doctors Juan De Miguel, Aitor Ibarzabal and Andrea García Villanueva, assessed the radiographic signs of bone consolidation and were satisfied with the progress. From now on, and during the next few weeks, Marquez will be able to progress steadily in the process of functional recovery of the operated arm.”