Home In the Spotlight Dovizioso’s manager says he is ready if Honda calls him to race... 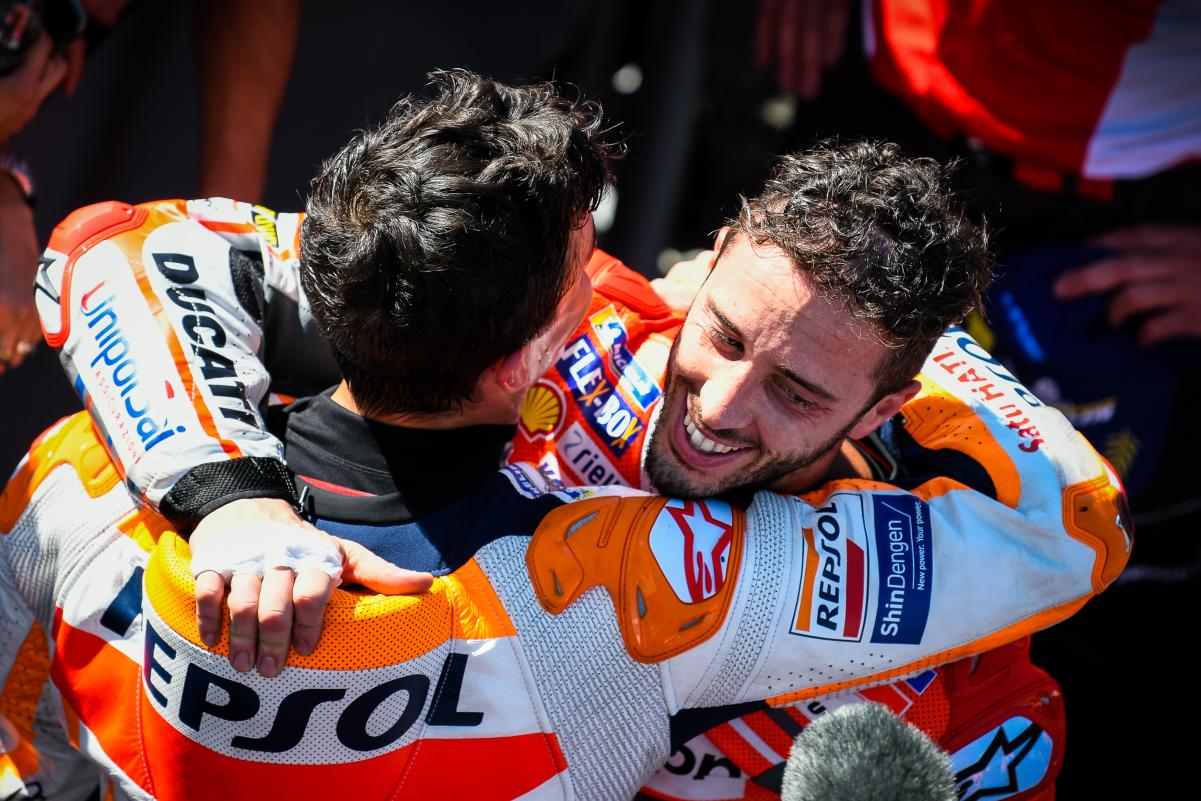 Simone Battistella, manager of Andrea Dovizioso, says the Italian is ready to compete if Honda calls him to race in the 2021 MotoGP season.

With the health condition of Marc Marquez still not 100 percent, even though the Spaniard has returned to training, the manager of Dovizioso says that the Italian is ready to replace the MotoGP champion, if Honda calls him to ride in the 2021 season.

For now, Honda is evaluating their options, as the situation with Marquez remains delicate, after the Spaniard had fresh headache of an infection. His special antibiotic treatment continues for the time being, amid baby steps of him returning to training.

After what happened in 2020, both Honda and Marquez do not wish to rush for his return. It is a tough situation as they already have a new comer in the form of Pol Espargaro and if the MotoGP champion is unable to ride, they will have to look at alternatives.

One big name is Dovizioso, who decided to take a sabbatical in 2021 after falling out of Ducati. He did not take any test option to sit back and wait for a better opportunity in 2022 but a call from Honda will be an enticing option, which his manager thinks he will take.

“No call yet but if Andrea arrives he is really ready,” said Battistella to Sky Sports Italy. “He is training for motocross at an amateur level but he is doing it with such intensity as if he were in full pre-season MotoGP. We will work this year to fully return to 2022.

“As for Honda, assuming that both Andrea and I are very sorry about what is happening to Marc, it is clear that they are evaluating exactly when their rider can return. In my opinion, rightly, they are afraid of doing mistakes in such a delicate situation.

“Next month will be crucial for their decisions. For our part, we have rejected all the proposals from test riders to be free to do something else but also ready to return to the starting grid. If you think about it, initially a call to commercials to get to know each other and understand how Andrea is doing with that bike, I would say yes.

“We are talking about a winning bike and a rider who has always been very strong in Qatar; the combination would intrigue fans and others,” he summed up, before adding on a hypothesis about, whether Dovizioso will see-through the season or until Marquez arrives.

“Honestly, I don’t expect Honda to let Dovi start the world championship and then stop him midway through or towards the end of the season,” he said. “The hypothesis of starting alongside Pol Espargaro and then adding a third bike when Marquez returns is not feasible, also because Carmelo Ezpeleta expressed the opposite opinion, so I don’t think there are so many variables that we can explore.

“Let’s wait while Andrea, very calmly, works with the seriousness and commitment that distinguishes him. Obviously we don’t like to hide behind a finger and the idea to follow the double appointment in Qatar from the sofa at home might not be easy. Assuming Dovi is not on a motocross track in those hours.”