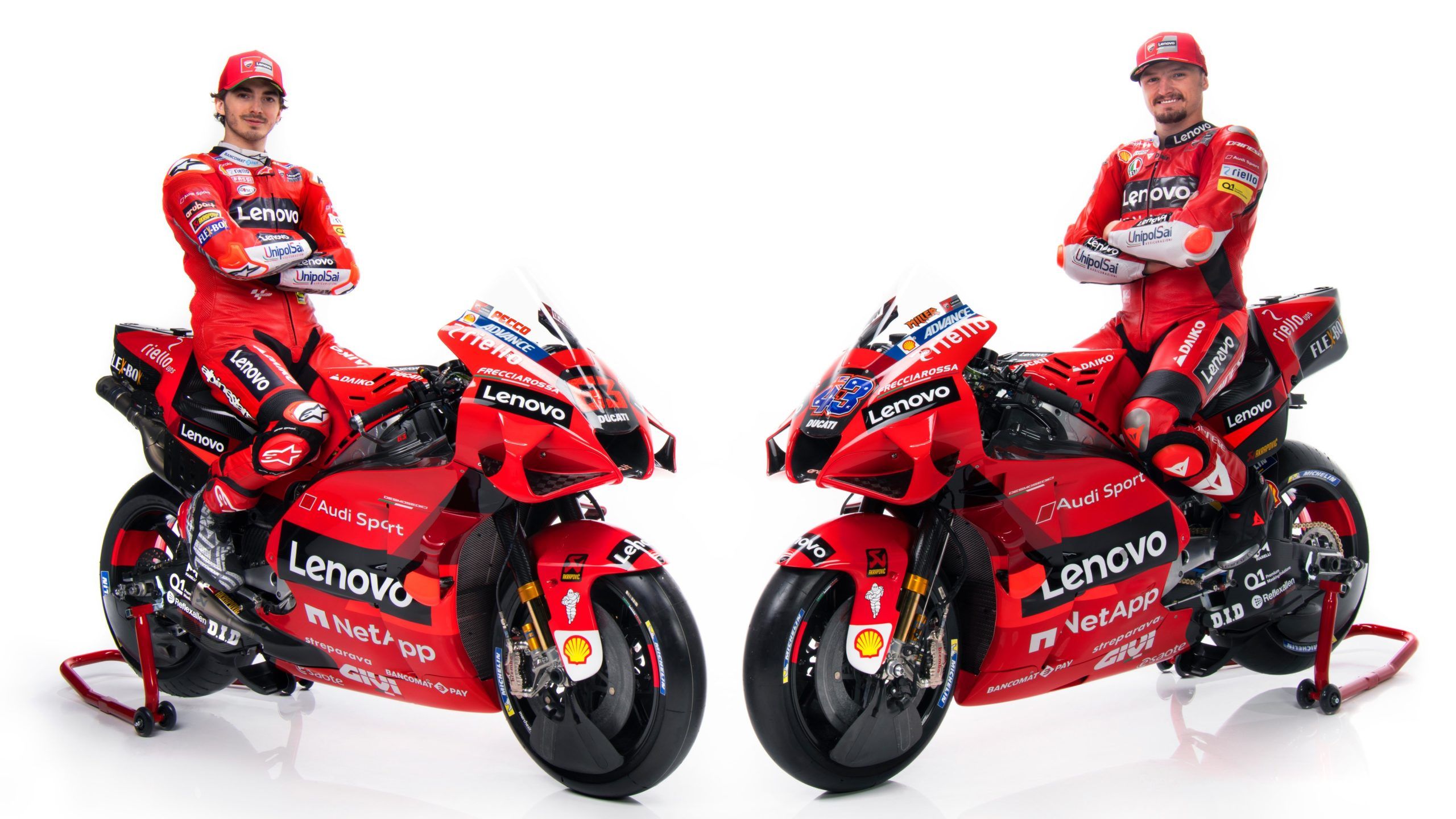 Ducati Corse became the first manufacturer to unveil its 2021 MotoGP livery with its new riders Jack Miller and Francesco Bagnaia.

After Avintia Racing became the first MotoGP team to unveil its 2021 livery with new riders Enea Bastianini and Luca Marini, its bike provider manufacturer, Ducati, become the second to showcase the Desmosedici GP21 in its new avatar with Miller and Bagnaia.

The 2021 Ducati livery is not too different from 2020 with the red remaining as the dominant colour with a bit of black, grey and white. The racing suit also remains red mostly with the hint of other colours as seen on the Desmosedici GP21.

While Audi Sport remained on the bike, with Lenovo taking the title sponsor spot – having extended its relationship to the next step. While Mission Winnow remains part of the outfit but it hasn’t featured on the bike or race suits as we saw last year.

Claudio Domenicali, CEO of Ducati Motor Holding, said: “It is always a great emotion to start a new racing season, which as always we face with dedication and incredible passion, driven by the support of the Ducatisti all over the world. We start strong after winning the Constructors’ World Title last year, despite the complexities that have forced us to overcome obstacles and situations that we have never experienced before.

“In 2021 there are many novelties, starting with the riders: Jack Miller and Pecco Bagnaia. They are now the young riders of our official team after gaining experience with the Pramac Racing Team. This year Lenovo, which has already accompanied us since 2018, becomes the new Title Partner of the Ducati Lenovo Team.

“Together with our factory team’s riders, we also have Ducati’s MotoGP riders Johann Zarco and three of the best talents coming from Moto2, Enea Bastianini, Luca Marini and Jorge Martin. They will be a very young and future-oriented presence in the championship. We look forward to the start of the 2021 season on 28th March in Qatar and as always #ForzaDucati”.”

Starting with the riders, Miller stated: “The emotions I felt seeing my all-red Desmosedici and wearing my new suit for the first time were incredible! I still have to realize that I’ll be part of the official Ducati Team this year. It’s taken a long way to get this far, and finally being “in red” gives me a great sense of satisfaction, but also the right motivation to continue working with commitment and dedication towards my future goals. I am looking forward to this new adventure and will try to get some important results this season.”

And Bagnaia added: “This will be a significant season for me because for the first time I’ll be wearing the colours of an official team. I’m proud to have achieved this first goal, and this year I will set my sight on even greater results. It has always been my dream to become part of the official Ducati Team. I will try my best not to disappoint any expectations. I’m sure I have all that I need to be competitive right from the start and aim high.”

Here’s few photos of Ducati MotoGP bike and its riders: 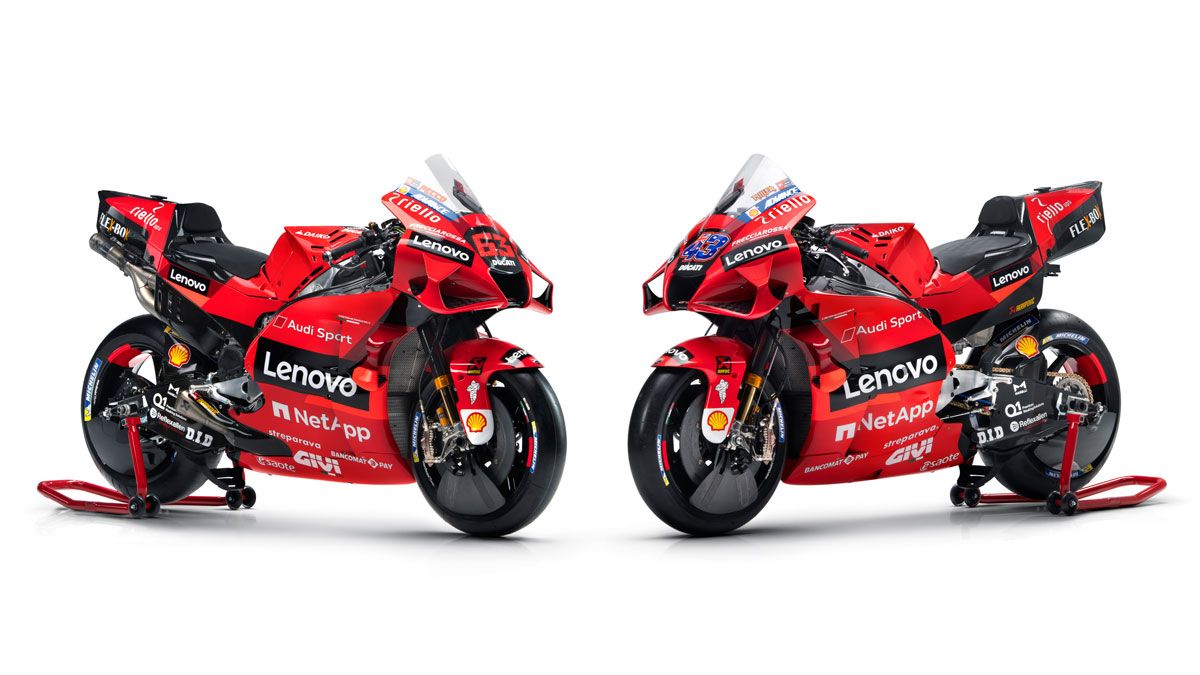 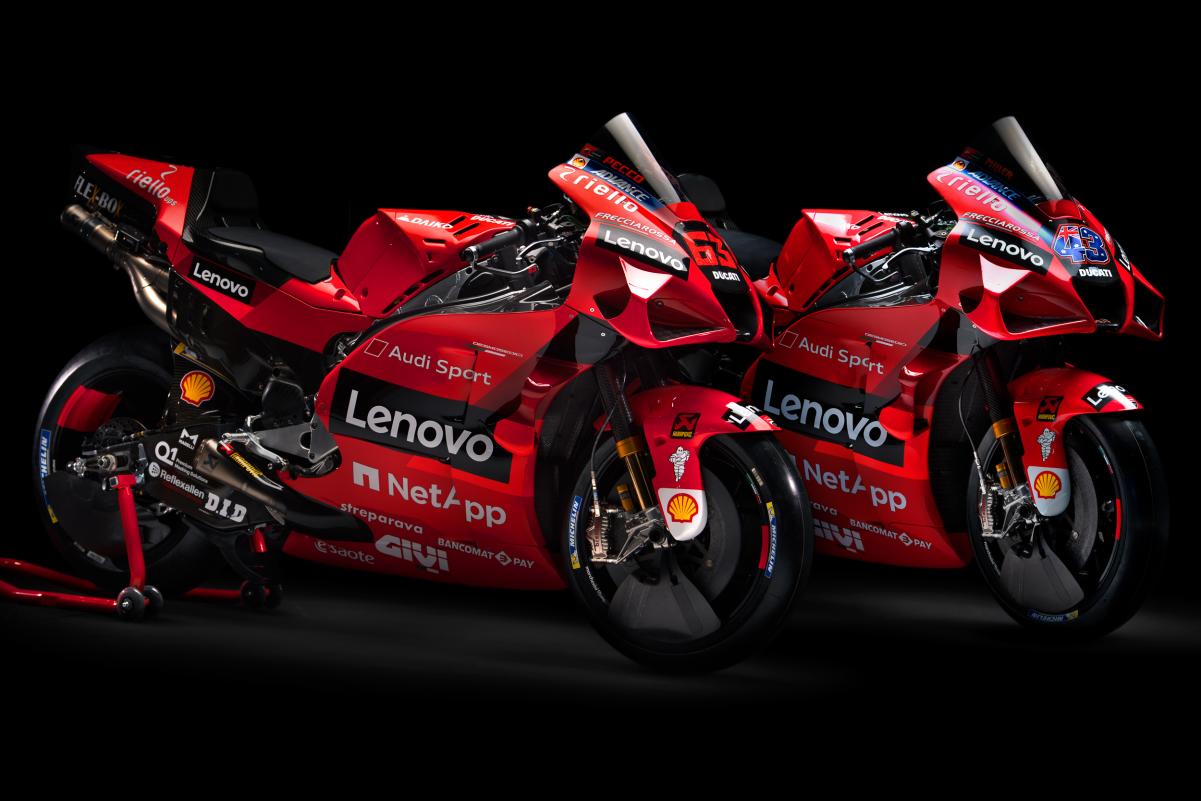 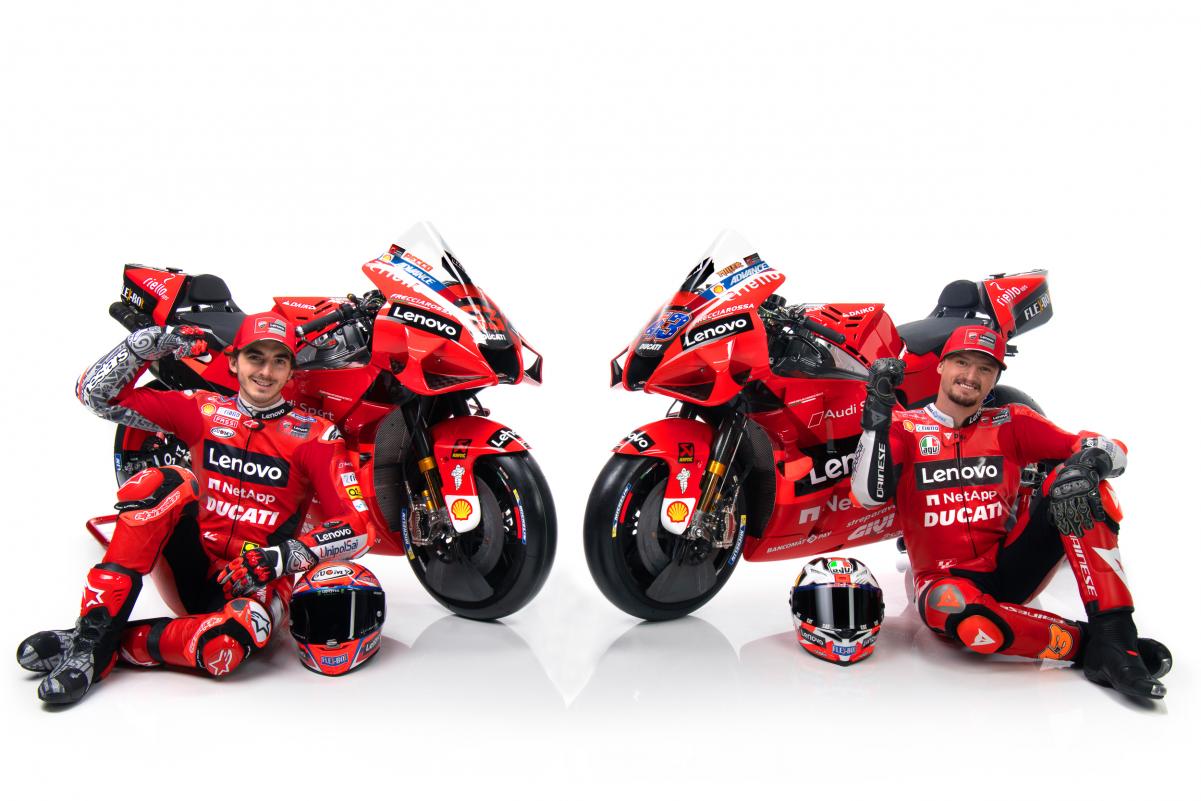 Here’s news on Ducati staying in MotoGP under 2026