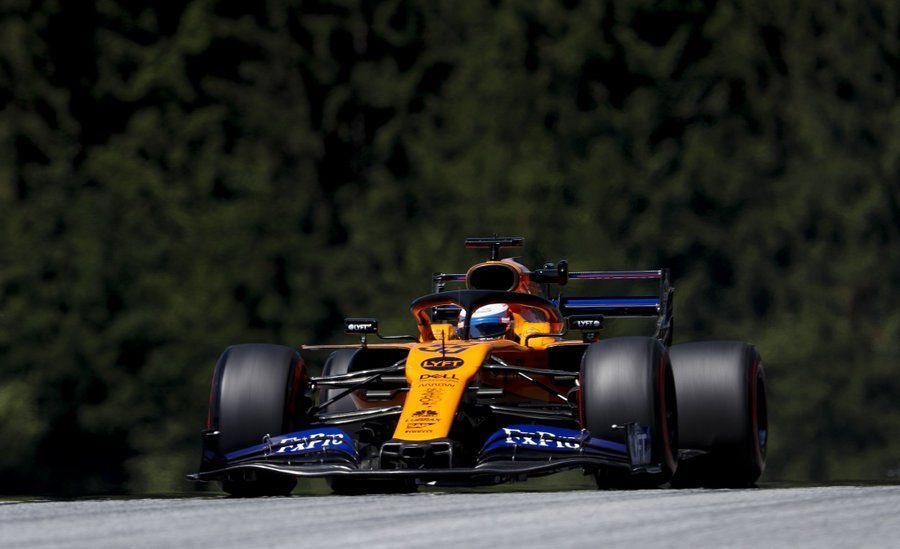 Carlos Sainz believes the upgrade McLaren brought in F1 Spanish GP is paying off for the team after another double points in Austrian GP.

McLaren has certainly looked like the fourth best team in the recent races with Renault playing hide and seek game, which has helped the Woking-based team to a 20 points advantage over the French manufacturer from whom they buy engines from.

The fortunes of the team looks to be changing with a new pairing of Sainz and Lando Norris, but the credit for the positive outcome has been shared with Fernando Alonso and Stoffel Vandoorne too – who bared the most in 2018 F1 season.

It is still not good enough to be close to the Top 3 teams but it will certainly challenge Renault for fourth place in the constructors’ championship, which is a stark improvement. Following another double points finish, Sainz feels their Spanish GP upgrade worked well.

“We introduced an upgrade in Spain which looks is starting to pay off,” said Sainz. “The first two race weekend in Monaco and Canada, maybe because of the nature of the tracks, we couldn’t feel it as much as we are now.

“Especially in the high speed, the car is starting to perform well. We are understanding the car and we are being faster every weekend. Austria was a dream weekend as before the race, I was not convinced that it will be very easy to make it through the whole field.

“But it was just one of those days where everything went to plan. We nailed the start and took it easy. We didn’t destroy the tyres and went long and created a big tyre delta and suddenly in the last 20 laps, I was flying, I was passing a lot of people and enjoying it.”

With British GP next coming up, Sainz said that there will be few upgrades but not big enough as a larger one is in plan before or around the summer break. Meanwhile, teammate Norris hailed teamwork both at grand prix and factory.

The British racer feels that the team bonding is one of the best on the grid. “It is good especially from the engineers, the mechanics and the guys at the factory, we try to as involved because I think that’s a strong point as a team,” he said.

“Even if we don’t have a quickest car, the atmosphere and the relationship between everyone is growing and getting better, so that is a strong point and something where we can gain more than other teams.”

Alonso still part of McLaren family but can pursue other opportunities