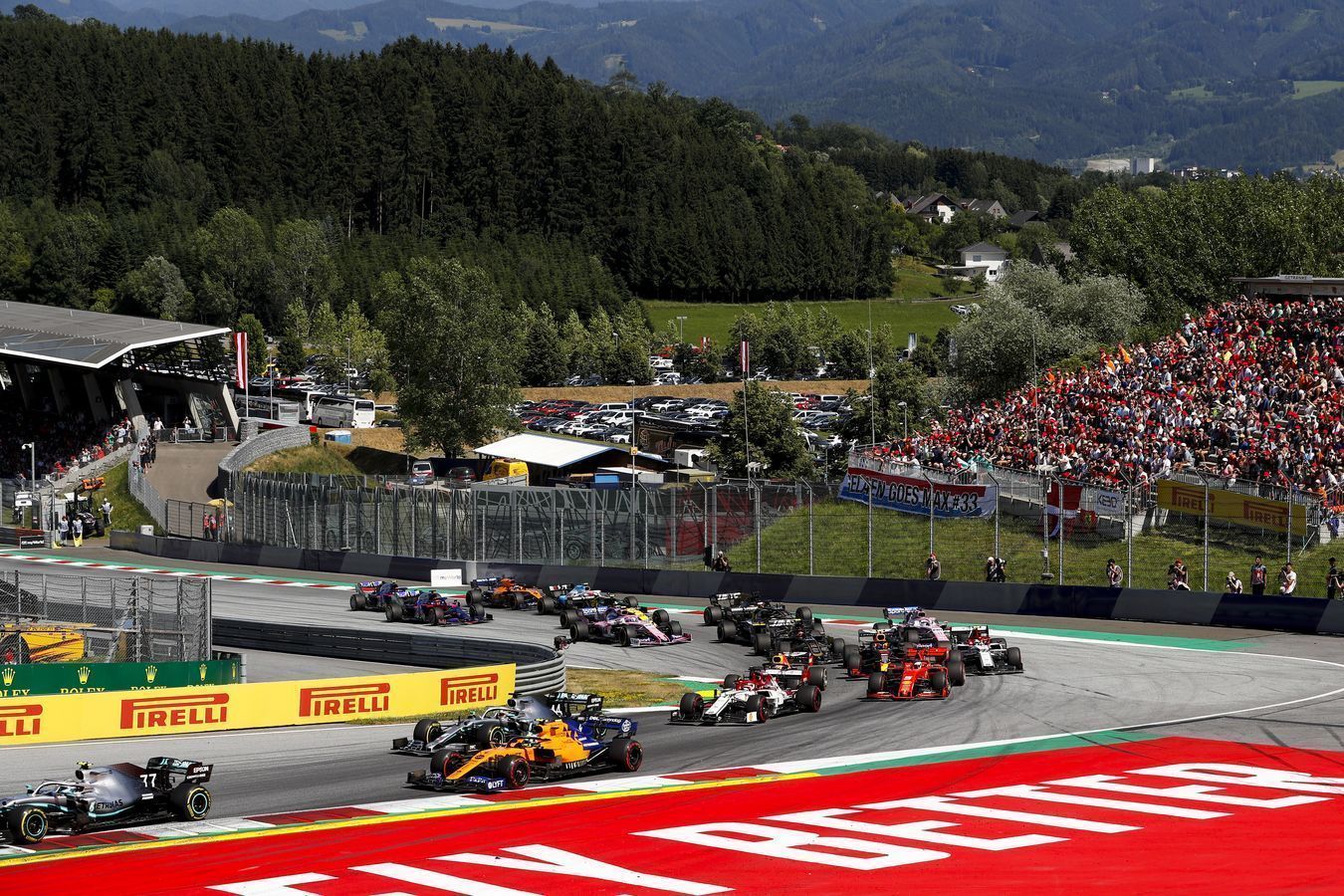 Norris had his best start in F1 Austrian GP at Red Bull Ring from fifth behind Hamilton. So far in the 2019 F1 season, Norris has been cautious at race starts, so as to not make any mistakes but in the last few races, the youngster is putting his all into it.

Norris had a solid getaway and was already side-by-side Hamilton into Turn 1 as both jostled for positions behind Valtteri Bottas. Norris went around the outside of Hamilton and made it stick but not for long as Hamilton came back and retook the position.

Norris also lost out to Alfa Romeo Racing’s Kimi Raikkonen but he re-took him on Lap 15 to keep track position and eventually finish sixth and equal his best F1 result so far – losing only to Ferrari’s Sebastian Vettel and keeping Red Bull Racing’s Pierre Gasly behind.

“It was fun,” smiled Norris, when asked about it. “I had a little bit of straightline speed, compared to Lewis. He had a decent slipstream from the guys ahead. I was a bit in a out of slipstream position, but I did what I could to stay ahead.

“But we just didn’t have the speed to do it and then Alfa Romeo of Raikkonen got past which was a little bit frustrating but I got him back on Lap 15. I was on the medium then, so was a little bit unsure about what we could do.

“Or even what the tyres would do towards the end of the stint. Gasly was pushing me for the last few laps, but I was just doing what I had to do in terms of saving the tyres and not taking any risks – there was a lot more in it if I really needed to push.”

It was a good haul of points for McLaren with Carlos Sainz running through the field to be eighth from 19th, with the team now extending their points difference to 20 from Renault. Meanwhile, for Mercedes, it was a known result with the overheating issues.

Hamilton lost out to Red Bull’s Max Verstappen due to a front wing change and with Vettel going for a two-stop strategy, the German passed Hamilton on the final lap to take fourth as he settled for fifth – his first non-podium result since 2018 Mexican GP.

“It wasn’t the easiest day, we knew already before the race started that we might be in trouble here,” said Hamilton. “Overheating proved to be a fairly big issue for us. I think we had good pace, the car felt good, but we just couldn’t race due to the overheating.

“It seemed to be a limitation of our car this weekend and the other cars didn’t seem to struggle quite as much as we did, so we’ll have to look into this and try to fix it. There’s going to be more hot races coming up like Budapest.

“So we’ll need to get on top of this, otherwise it could be a difficult few races for us. I also damaged my front wing on the kerb, so we had to change it, which cost us a bit of time as well. It’s just one of those bad days in the office, but at least I still got some good points.”